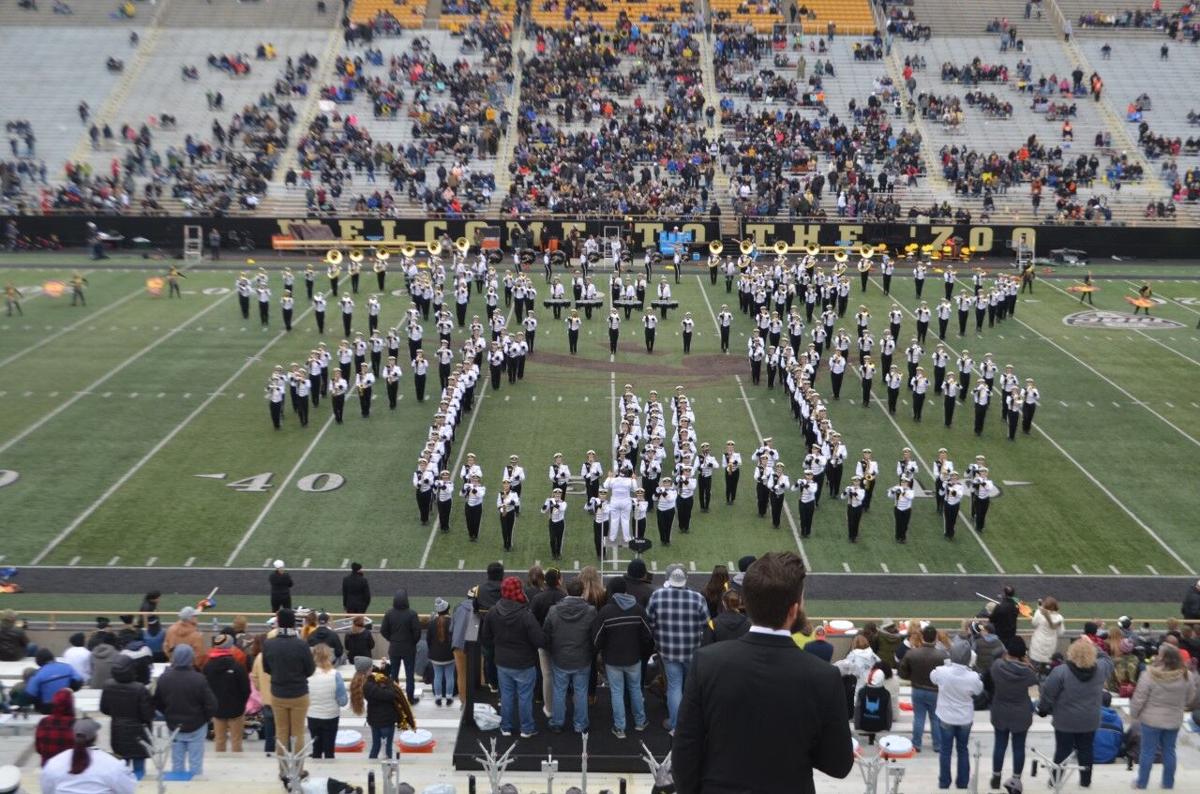 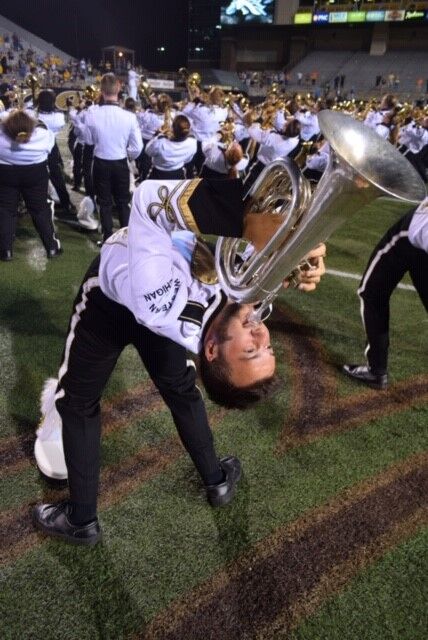 If 2020 was a normal year, Bronco Marching Band director Dr. Trey Harris may have been checking his voicemail on his phone on a Sunday morning to listen to a few complaints from Kalamazoo residents as to why the band was outside practicing at 5:30 a.m. the previous day.

That would be a normal football Saturday outside Waldo Stadium on a game day, where traditionally, the band is out early, the restaurants around the stadium are jam packed while students and alumni wake up in the early hours of the morning to tailgate in various areas around the stadium.

But the coronavirus pandemic has put some of those traditions on halt.

The lack of college football in the Mid-American Conference this fall affects so many involved- student-athletes, people who work in the athletic departments, businesses in college towns- the list goes on.

Marching bands are no exception, as the band plays an integral role in the college football game day experience.

For the Bronco Marching Band at WMU, this fall would have been a celebration of its 100th season.

“We were looking at ways to highlight what the Bronco band has done in the past,” Harris said. “One of our shows was going to be a swing show since the Bronco band was around when swing music was the popular music of the time. Another thing that we were going to do was re-create a show that the Bronco band did in the 80’s and put the old version up on the video board while we marched the same drill and played the same music. There were a lot of really special things that were going to go into this year’s performances.”

Harris said fans will still be able to see those performances as the band will push those back to next year and celebrate its 100th season then.

But just like the student-athletes on the field, the students in the band have a limited amount of time to perform on game days in their college careers.

Drum major Tyler Walker, who is in his fourth year at WMU, said he will miss several of the experiences a fall football season normally brings

“Just the run on for pregame, even having a couple thousand people in the stands as the band rushes onto the field and gets to play those songs that anyone who has been to a football game knows, and knows well, I think I’m really going to miss,” Walker said. “I’ve also worked hard personally to become a drum major and I’m going to miss that opportunity at least for a little while because this is my first time in that position.”

For senior mellophone player Collin Murphy, he said he will miss cheering the football team on with his fellow band members and the atmosphere the band helps provide on game days.

“I’ll miss cheering the team on from the stands with that family our marching band is,” Murphy said. “That’s always just such a special and unique thing that we get to do, especially the way that we get to kind of lead the charge of the student section and just that atmosphere of the stadium is really what I’m going to miss most.”

Whether it is a Saturday afternoon, 75-degree game in September or a Tuesday night, 25-degree “Maction” game in November at Waldo, the band stays beyond the final whistle and performs its postgame show under just about any circumstance.

Last season, Western Michigan finished a perfect 6-0 at home while going 1-5 in the regular season on the road. Walker said he believes the band, along with the rest of the fans who show up to Waldo Stadium, creates a home field advantage for the Broncos and plays a big part in helping give the team confidence and energy.

“There were games that diehard football fans would tell you that we very much should have won when we were away and I think there’s games we should have lost when we were at home. Things like that really show the difference it had with the crowd and the band there, Walker said.”

In a traditional year, the band puts in a lot of work to put on a performance on game days.

From the preparation leading up to home games (and some away games) to the long hours at the stadium, Harris, who is in his second year with the band, said in a typical year they do about 500 minutes a week of rehearsal to prepare for their halftime shows during the games.

While this fall looks different and the band has to split their in-person meetings due to school policies on COVID-19, Harris said they are still looking for ways to perform for the community without the platform of football and that his students have done a nice job adapting during these much different times.

“I want people to see the product they put out, because they work really hard,” Harris said. “That’s one of the great things about an organization that is as seasoned as this one, is they are able to adapt and be a little bit more flexible.”

Harris said the drumline put on a performance over the past week that was exclusive to Bronco band members only, but was something he said was neat because the band is “craving” for opportunities to perform.

“We’re looking for more ways to do things like that,” Harris said. “ I want to send smaller, pep bands, 50 to 60 player groups around campus just to remind the student body that even though we’re in this strange time right now, there still is a reason people chose Western Michigan. Those songs that we play, the pregame show stays the same and that’s based entirely around melodies and songs that are unique to Western Michigan. Ways that we can go around campus and perform some of those songs just to remind the students who have been here two, three or four years who recognize these melodies. Even if they don’t stop to listen, just to remind them we’re still here and the Western Michigan community is still intact.”