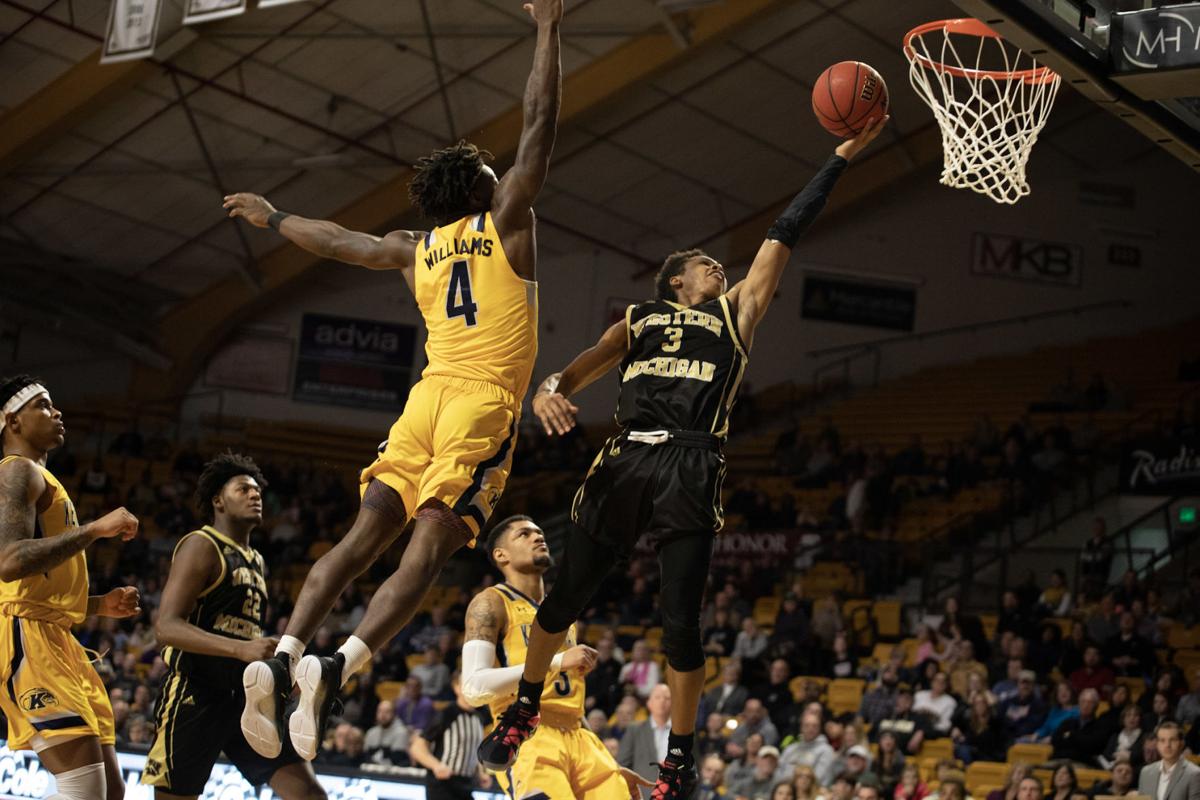 WMU guard B. Artis White shoots a layup through traffic in WMU's win over Kent State 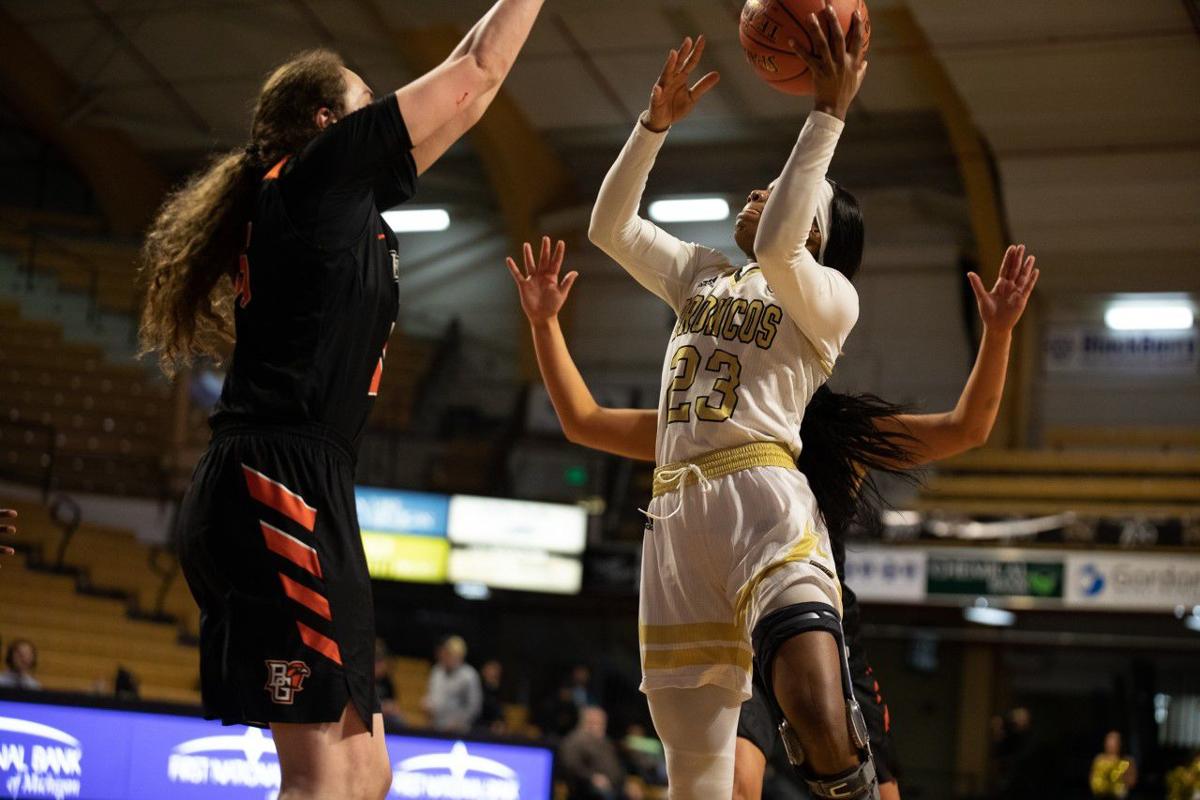 WMU's Jordan Walker goes up for a layup against two Bowling Green defenders in the Broncos win over the Falcons in the first round of the MAC Tournament on March 9, 2020

The Mid-American Conference released its 2020-21 conference schedule for both men's and women's basketball on Thursday.

For the men, the first conference game will come after the new year, with six games and all teams in action on Jan. 2, 2021, when the Broncos take on Toledo at home to tip off the MAC season.

Western Michigan will end the conference season against rival Central Michigan at home on March 8.

WMU will play each team in the conference twice aside from Bowling Green and Akron.

First year coach Clayton Bates will try to guide a young Broncos team which lost its two best players (Michael Flowers and Brandon Johnson) to the transfer portal in the offseason. Johnson is now at Minnesota while Flowers chose South Alabama as his destination. The two combined to average over 32 points per game in 2019-20.

Last season, the Broncos finished just 13-19 overall and 6-12 in the conference. WMU bowed out in the first round of the MAC Tournament, which was eventually canceled due to COVID-19, as the 10-seed to 7-seed Toledo.

The underwhelming season led to the dismissal of former head coach Steve Hawkins, who had been the head coach of the program for 17 years.

Athletic director Kathy Beauregard stayed within the program to find her new hire in Bates, who was the associate head coach on Hawkins' staff and a longtime assistant coach with the program.

Players such as B. Artis White, Rafael Cruz, Jr. and Titus Wright all showed promise last season and will need to take another leap forward to fill the shoes of Johnson and Flowers for the Broncos to be competitive.

For the women, Shane Clipfell and the Broncos tip off the MAC schedule on Dec. 30 with a tilt against Buffalo on the road and ends the season on the road as well against Ball State on March 6.

Buffalo and Akron are the only opponents the Broncos will not match up against twice in its conference schedule.

Clipfell guided the Broncos to a fifth-place finish in the MAC last season and an 18-13 (10-8) overall record. WMU won its first round game of the MAC Tournament in 2019-20 before falling in the next round to 4-seed Ohio the day before the tournament was canceled.

WMU must replace all five starters from last season, all of who were key contributors in 2019-20.

Breanna Mobley, who a averaged a double-double last season and is the leading rebounder in program history must replaced, along with forward Leighah-Amori Wool (transferred to Stony Brook) and  guards Jordan Walker (transferred to Tennesee), Chelayne Bailey and Kamrin Reed.

The five combined to average about 57 points per game for the Broncos last season.

Players such as Maddie Waters, Reilly Jacobson and Sydney Shafer-all of who had important roles off the bench last season, will have to step up to try to help fill those voids.

For both men's and women's basketball, this season will feature some changes that were announced back in May due to the coronavirus pandemic.

Teams will play 20 conference games this season instead of 18 and only the top eight seeds will qualify for the Mid-American Conference Tournament in Cleveland.

The opening round games, which traditionally featured seeds five through 12, have been eliminated.

There conference is also doing away with divisions, as the MAC was the only conference at the Division I level that still separated its teams into two divisions until this season.

There have been reports of the NCAA Oversight Committee pushing for Nov. 25 as the official start of the college basketball season, but nothing has become official.

Once a start date becomes available, that will give a clearer picture of a finalization of the men's and women's teams out of conference schedules.