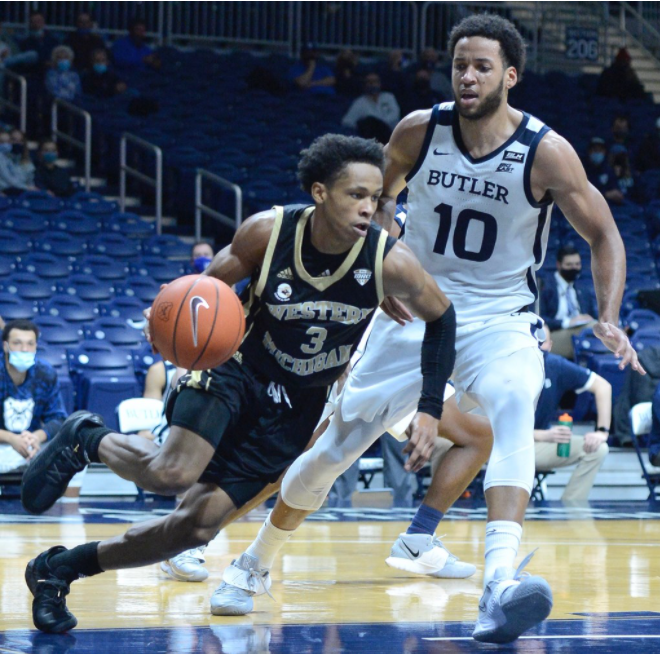 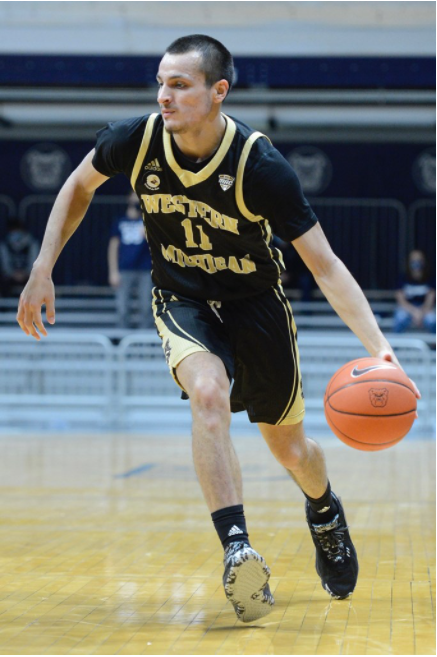 Raphael Cruz handles the ball on the perimeter against Butler

Raphael Cruz handles the ball on the perimeter against Butler

WMU men’s basketball impressed by going toe-to-toe with Butler before falling, 62-66, in Clayton Bates’ head coaching debut. There were many positives to take from a game where the Broncos nearly beat a Big East opponent, but the game showed some problems that the Broncos need to address as well. Here are the key takeaways from the game, which we’ll phrase as questions due to the first game providing plenty of chances to overreact:

Is the three-point shooting for real? - After WMU hit about a third of its three-point attempts last year (33.7%), the Broncos hit half of its threes against Butler. Will the team shoot 50% on threes this year? No. Can the team shoot better than 33.7%? Probably. If this team can get over 35% or possibly approach 40% from beyond the arc, it can surprise a lot of teams and stay away from the bottom of the Mid-American Conference.

Can they get turnovers under control? - A problem for the team last year was turnovers, as the Broncos committed 13 turnovers per game while forcing just 11.5. WMU also only had 11.1 assists per game, and having two more turnovers than assists is not exactly a recipe for success. Wednesday night, the Broncos turned the ball over 13 times compared to just six for Butler. WMU had 13 assists while the Bulldogs had just seven, but Butler had 16 points off of turnovers compared to just two for Western Michigan in a game decided by four points. Doing a better job holding on to the ball, or forcing it from the opponent, could have flipped the loss to a win and would be a great way to perform better moving forward.

Can the defense continue to make it this hard for opponents to hit shots? - Butler, who presumably has a better offense than WMU opponents from last season, which includes schools like Kalamazoo College, Alma College and Aquinas College in addition to a full MAC slate, shot at a 40.4% clip from the field. WMU surrendered a 43.3% opponent field goal percentage last year. Butler also hit just 25% of its three-point attempts. It was a physical defense that led to 19 fouls for the Broncos, but the perimeter defense seemed real. It felt like Butler never took an open three, that WMU always got a hand in the face of the shooter. Much like the Broncos’ 50% three-point percentage, holding opponents to 25% on the year will not happen. But keep that around 30% as opposed to the 33.1% mark surrendered a year ago and that would be a significant improvement that could turn a close loss to a win.

Does William Boyer-Richard belong in the starting lineup? - Boyer-Richard had no impact on this game, at least not positively for the Broncos. In 16 minutes, he missed one three-point attempt, had two rebounds, and committed a foul. That was it. No assists, no turnovers, no steals, no blocks, no points. Meanwhile, Raphael Cruz Jr and Patrick Emilien were both great off the bench. Boyer-Richard is listed at 6’1, as is Cruz. Emilien is 6’6 and listed as a forward, while Boyer-Richard and Cruz are both guards. Adding Emilien to the starting group would only slightly alter the size of the group as a whole, though, with 6’4 Jason Whitens shifting to the 2 while Emilien would be at the 3 spot.

Can a secondary ballhandler/playmaker emerge? - Last year, the Broncos had either Michael Flowers or White on the floor basically at all times to be the primary ballhandler. Wednesday night, White played 35 minutes as WMU seemed uncertain who else can fill that role. When he sat, the Broncos committed three turnovers in five minutes. Cruz had a lost ball turnover, Greg Lee had a lost ball turnover, and Josiah Freeman had a bad pass turnover. The Broncos only made two shots with White off the floor, one on assist from big man Chase Barrs to an open Freeman on the three-point line, and the other a pull-up jumper by Cruz. Cruz has the skill to be a secondary ballhandler, but he needs to be able to be confident and assertive in that role.