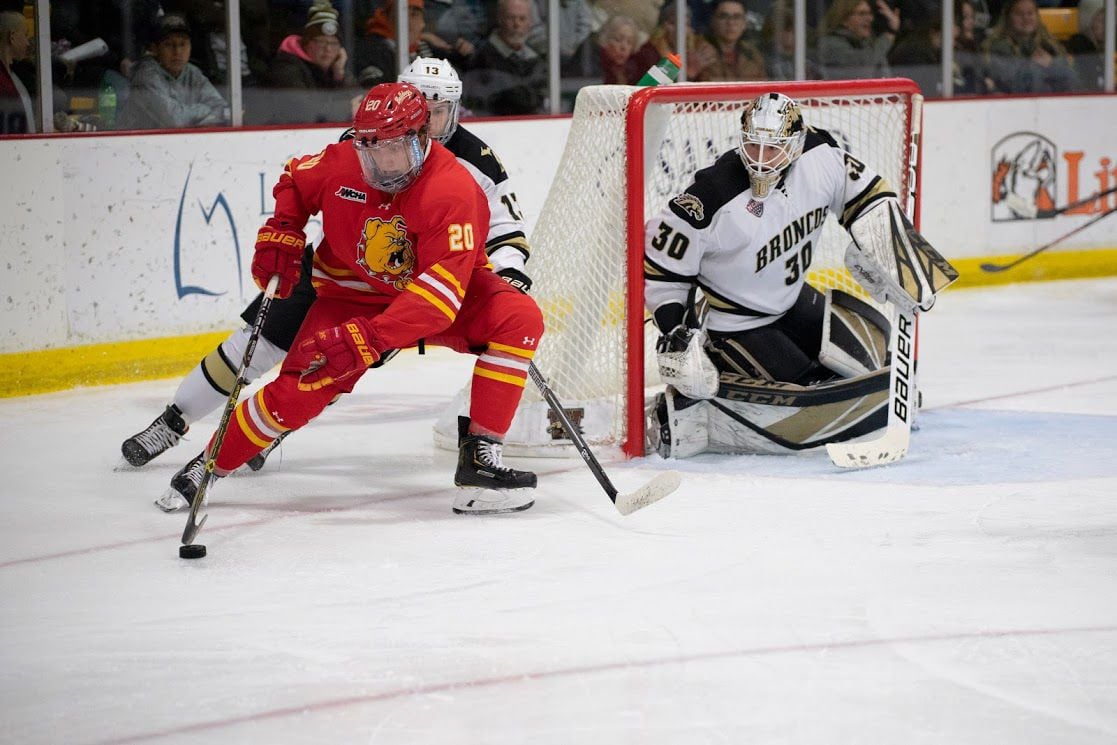 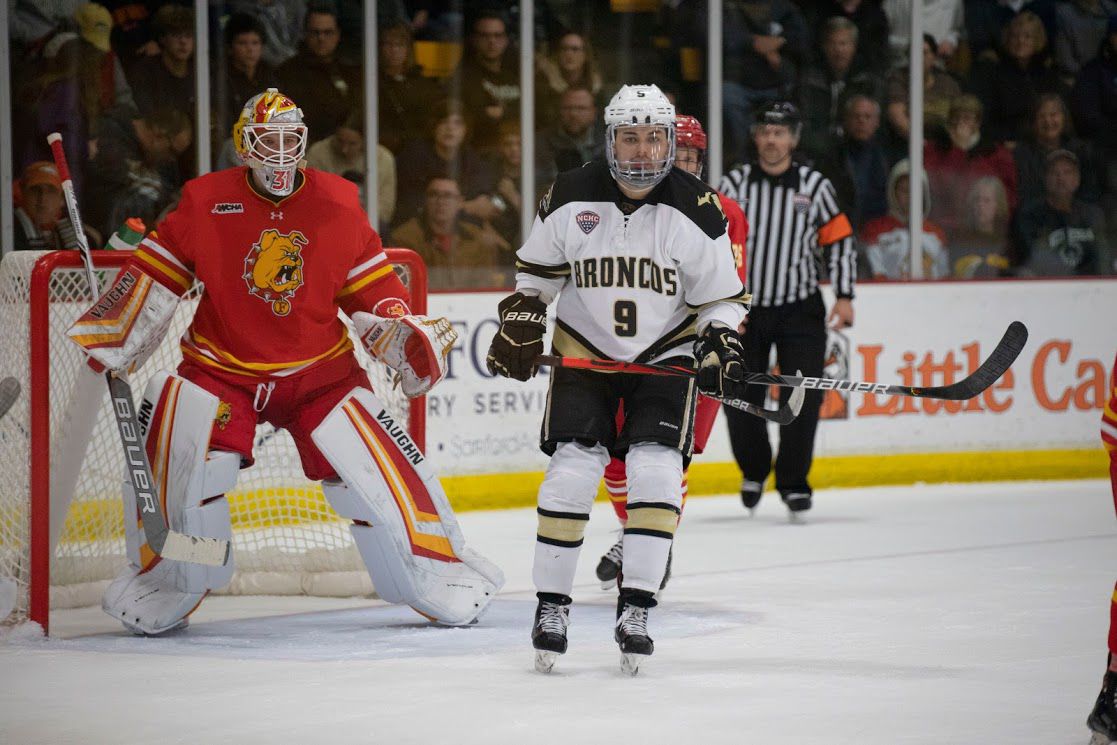 The Broncos defeated the Bulldogs on Friday, Nov. 8 4-2 after three periods of intense play at home and then dominated on the road Saturday, Nov. 9 winning 8-2 against Ferris State. The Broncos completed their first sweep of the season and have improved to 5-3-2 on the year.

The Broncos now extend their unbeaten streak to six games going 5-0-1 in the span.

The first game was an entertaining one right from the beginning as both teams didn’t let up and traded blows constantly. Just over half way through the first period, the Broncos drew first blood as captain Hugh McGing shot a laser past Bulldog goaltender Andrew Shaw to take a 1-0 lead.

The Broncos went into the third period tied with the Bulldogs 2-2 but broke out on offense scoring two goals that would seal the 4-2 victory. Freshman Ronnie Attard and Austin Rueschhoff both scored in the period for Western. Despite the Broncos going to the box three times in the final frame, they were still able to pull away with the win.

The second game was a completely different story as it was a massacre thanks to the Broncos eight goal explosion on offense.

The Broncos and Bulldogs were tied 1-1 after the first period concluded. However, the second period was a bloodbath as Western scored six goals in the period holding Ferris State to none making it 7-1 at the end of the period. During the third, the Broncos were able to put one more on the board making the final score 8-2.

Five different Broncos contributed to the abundant goal scoring during the contest as Lawton Courtnall, Rhett Kingston, Rueschhoff and Kale Bennett all put at least one puck in the net.

Kingston had a huge night as he netted his first career hat trick scoring three of the Broncos eight goals.

Western came out and got the job done against a Ferris State team that has a lot of solid talent, even though its win column says different. This was a much needed sweep as the Broncos now have some momentum and energy that they need to rack up some wins to work their way back into the national rankings.

Over the unbeaten streak the Broncos have scored a whopping 26 goals, scoring 12 of them against the Bulldogs. They outplayed Ferris on both sides of the puck doing a great job of depleting its scoring chances totaling 19 blocked shots over the series and outshot them 70-39.

The Broncos will now get set for a two-game homestand next weekend hosting NCHC rival No. 20 Omaha.