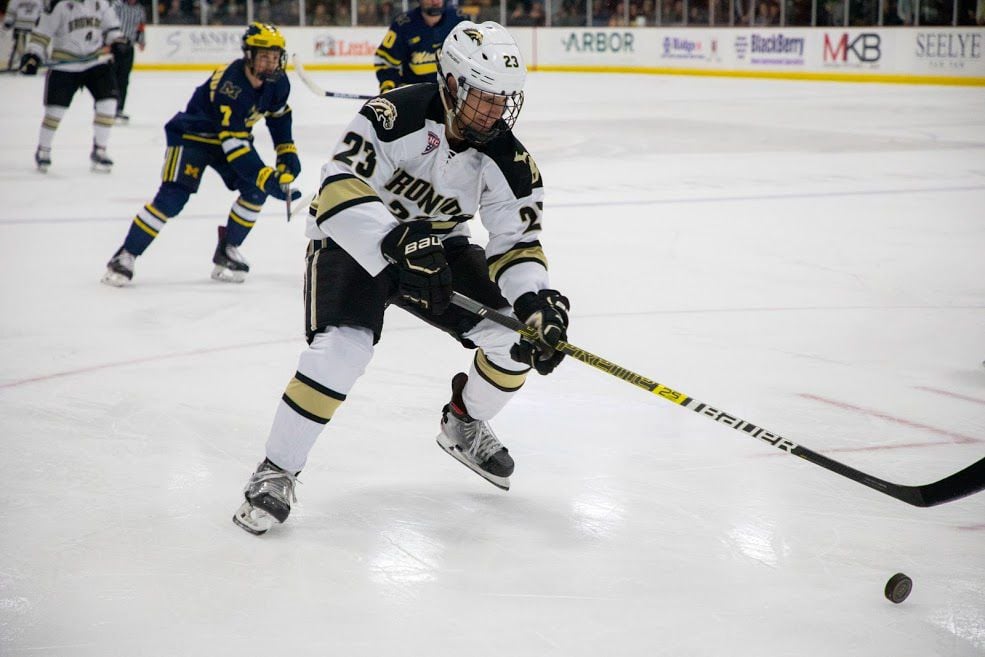 WMU's Paul Washe reaches for the puck against Michigan 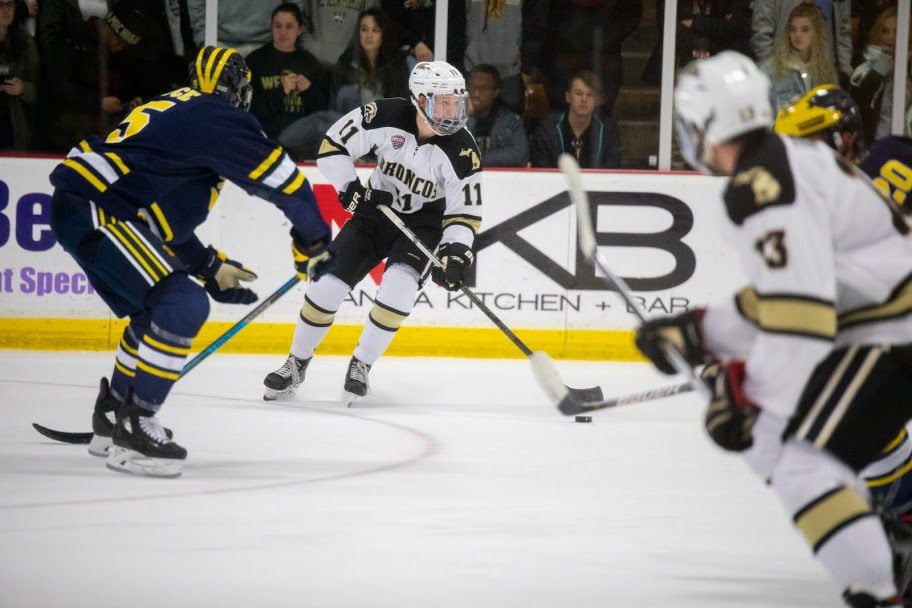 After tying one and losing one to the No.15 Notre Dame Fighting Irish, the Broncos (7-8-3) go on the road to face NCHC opponent and No. 9 Minnesota Duluth Bulldogs (11-6-1) this weekend for a two-game series.

The Broncos are currently on a five game winless streak, going (0-4-1) during the span, while the Bulldogs are on a four-game winning streak.

The WMU and Duluth series dates back to 2008 when they faced off for the first time against each other. During their 29 previous meetings, the Bulldogs have man handled the Broncos, compiling a 18-9-2 record against WMU.

WMU Keys to the Game

Last weekend against the Fighting Irish, the Broncos shot the puck 84 times on net, but only managed to score a mere two goals. Duluth ranks third in the NCHC in goals against allowing 2.4 goals a game.

If the Broncos hope to score some goals this weekend, they will need to take time to set up teammates for quality scoring chances.

WMU played some great defense back in the first game against Notre Dame, but made some critical mistakes in the second game on Sunday in the second period. If they can keep up their defensive efforts and not make the big mistakes, the Broncos will increase their chances of racking up two victories against the Bulldogs.

In the last series, the Broncos did a great job of staying at full strength on the ice, which has been a struggle for them during the first half of the season.They were only in the box for a total of 10 minutes against Notre Dame.

They must continue to stay at full strength to have their best chance at bringing out the brooms against the Bulldogs.

Cutting down the penalties last weekend was great, but the Broncos have the worst power play conversion percentage in the NCHC. So far through 18 games, WMU has only converted on 15.5 % of their power plays. Scoring on Duluth anytime they’re short handed will be important to ensure the Broncos are victorious in both games.

Besides the four game winning streak, the Bulldogs are seeing their second best start to NCHC play in program history, currently sitting at 6-1-1.

Contributing to Duluth’s low goals allowed per game average is senior goaltender Hunter Shepard. Shepard has been a big part of the Bulldogs success this year and has dominated the Broncos throughout his time in Duluth. The veteran goaltender has compiled a 1.27 goals against average, a .941 save percentage and a 5-3-1 overall record against WMU.

The Bulldogs also make the most of their opportunities when they go on the power play. Currently, Duluth has the best power play conversion percentage in the NCHC at 28.4%.

A couple Bulldogs to watch out for that the Broncos will need to keep on a leash are junior Scott Perunovich and sophomore Cole Koepke. Perunovich is tied for the lead in scoring among defensemen in the country with 23 points, his 21 assists are the second most by a skater in the nation. Koepke has had a point in 11 of his last 12 games and has scored a goal in his last four games.

If the Broncos hope to break the winless streak, they must continue to play impressive defense and stay out of the box along with taking better shots to get the puck past Shepard, they should have a shot at a possible sweep.

The Friday and Saturday games will start at 8:07 p.m. EST and will be aired on the Bronco Radio Network.