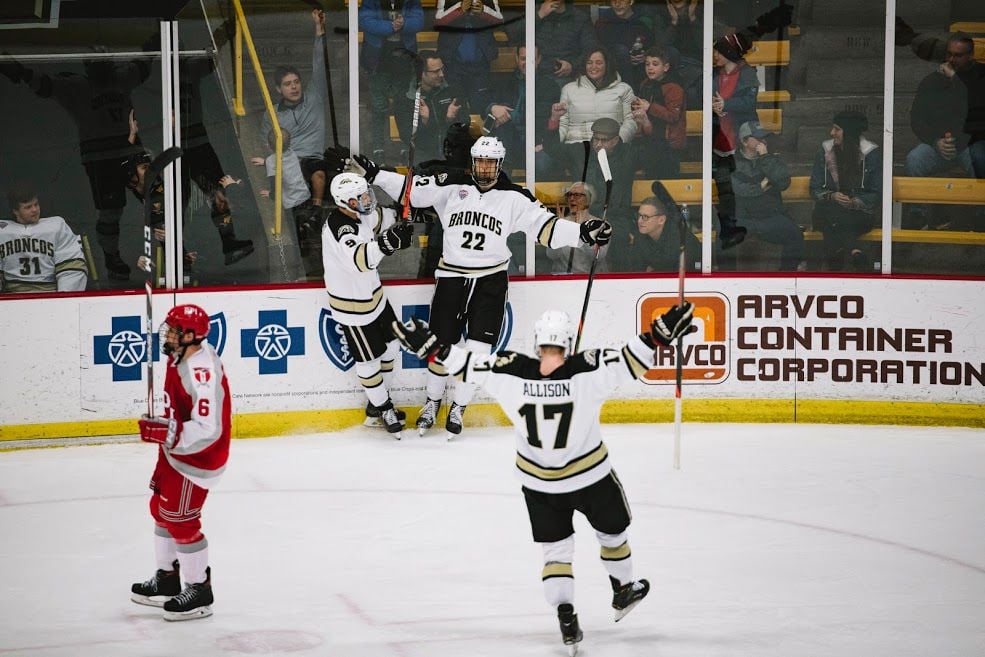 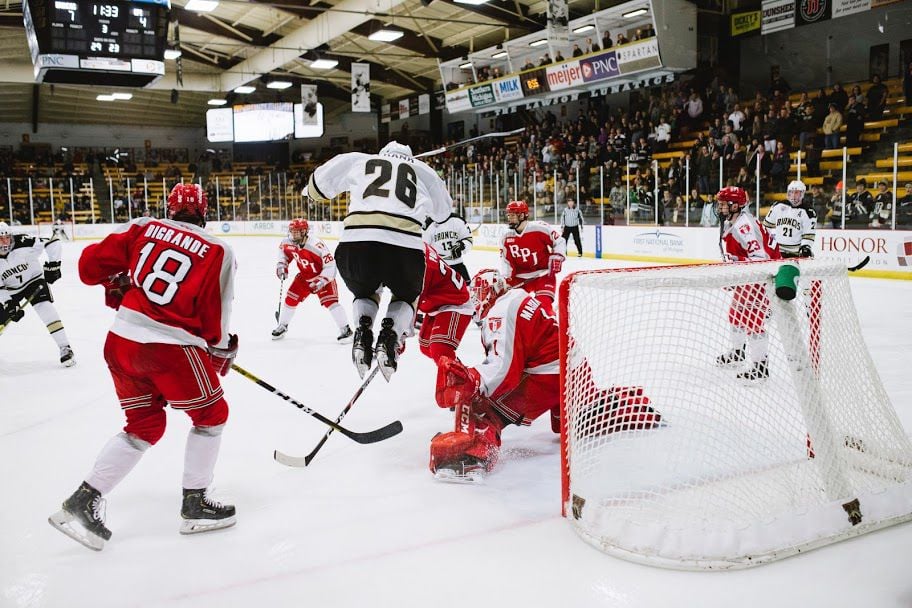 WMU hockey went on a scoring fest over the weekend, scoring 14 total goals against Rensselaer Polytechnic Institute while only allowing six in the series on their way to the sweep.

The Broncos exploded in game one on Friday, defeating RPI by a score of 8-4.

WMU drew first blood about halfway through the first period as captain Hugh McGing netted his sixth goal of the year to take a 1-0 lead. Following McGing’s goal was the red hot Wade Allison, who scored the second unanswered goal for Western with under five minutes left in the first to give the Broncos a 2-0 lead.

In the second period, RPI cut that lead in half with a goal of their own to make it 2-1. But the Broncos would respond less than a minute after the Engineers scored, as Dawson DiPietro found the back of the net to take back their two goal lead.

The Engineers executed on a power play later in the period to make it 3-2.

Then, the Broncos offense exploded, with McGing, Josh Passolt, Austin Rueschhoff and Rhett Kingston all scoring to allow WMU to pull away with an 8-4 final.

The second game was no different for the Bronco offense on Saturday night.

The first few minutes of the period gave the Broncos a little bit of a scare as RPI struck first to take a 1-0 lead in the first four minutes.

Ten minutes later, the Broncos knotted up the game 1-1 thanks to Ethen Frank.

WMU would explode on offense in the second period, scoring three goals. Within the first minute of the second, Cam Lee would score his first goal of two to break the tie and give the Broncos a 2-1 lead. Immediately following Lee’s goal, Lawton Courtnall would net his fifth goal of year to give Western a 3-1 lead. One minute following Courtnall’s goal, Rueschhoff netted the Broncos fourth goal of the night to make it 4-1.

Within the last six minutes of the second, RPI converted on a power play to put themselves back in reach to cut the Broncos lead down 4-2.

The Broncos came into the second with a two-goal cushion and increased their lead 5-2 with Lee scoring his second goal of the night. WMU would officially put the game away with Jason Polin scoring to give the Broncos a 6-2 lead with less than three minutes.

Western’s offense has really flourished over the weekend showing, great puck distribution and versatility. Over the weekend every skater on the Broncos four lines contributed to the scoreboard.

"I think we're a tough team to match up against because of our ability to put four units on the ice that all have scorers on each line," said head coach Andy Murray.

WMU has also been hot at home of late, winning six straight on their home ice dating back to Jan. 17-18 when they swept Colorado College. They would go on to sweep NCHC rival St. Cloud State after that.

“This is a tough building to play in (Lawson) and we let a few games early in the year slip away,” said Murray. “It’s certainly important that we get wins, we’re in February, there are not a lot of games left and we need to win them," Murray said.

Despite the Broncos allowing four goals against the Engineers in game one, they gathered themselves and performed better on defense only allowing two goals in the second game.

Western now improves to 14-10-4 overall after this weekend's sweep and are 7-1 in their last eight games.

The Broncos will continue NCHC play this weekend on the road against the Miami Redhawks for a two game series on February 14-15.