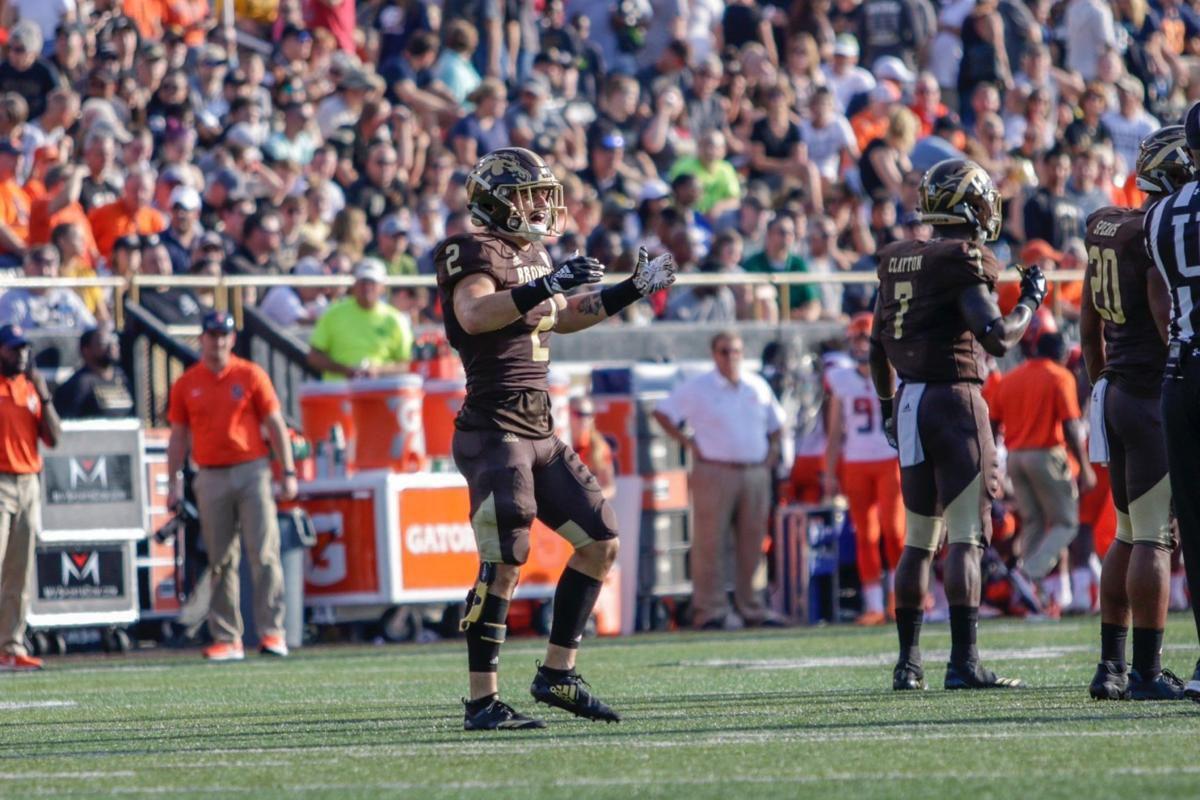 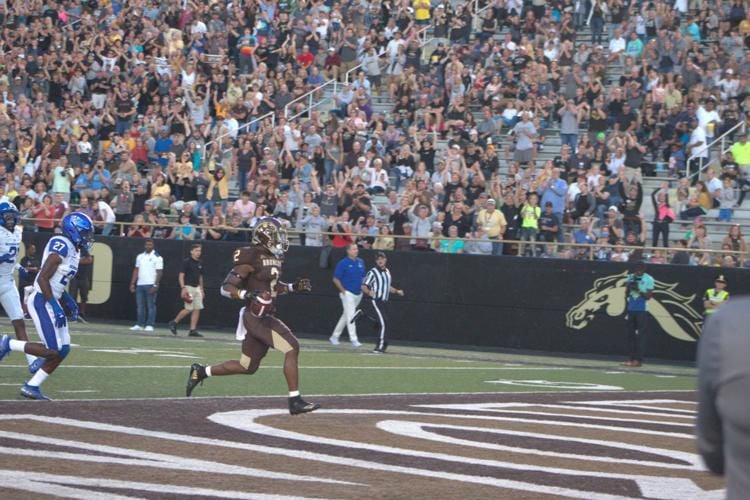 LeVante Bellamy breaks past the defenders to cross the goal line. 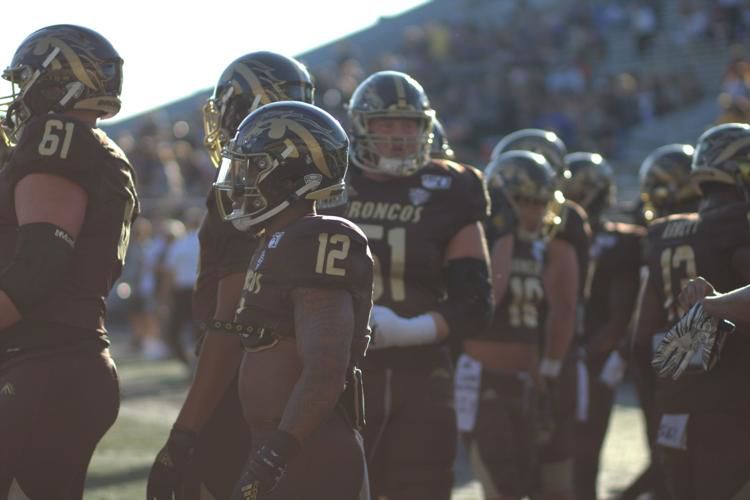 Western Michigan went into Saturday’s game as just a five-point underdog against Syracuse, an ACC team that was ranked in the top 25 in the preseason polls.

The Broncos threatened multiple times to pull off the upset, but ultimately the Orange were able to pull away for a 52-33 win to drop Western’s record to 2-2 overall as they head into Mid-American Conference play next week.

Here are five takeaways from Saturday’s shootout at the Carrier Dome.

After giving up 51 points on the road to a suspect Michigan State offense two weeks ago, the Broncos had a nice bounce back effort at home last week, as they held Dan Ellington and a hot Georgia State offense to just 10 points.

On Saturday, however, the Broncos showed many of the same issues that appeared in the Michigan State game.

Syracuse quarterback Tommy DeVito went off, completing 27-of-35 passes for four touchdowns through the air. WMU’s secondary was not able to contain the likes of Trishton Jackson, who hauled in six passes for two touchdowns and 141 yards.

DeVito was also able to use his legs to hurt the Broncos defense as he went for 85 yards on nine carries and a touchdown. He broke off two big runs where Western Michigan’s defense left the middle of the field wide open, including his 36-yard touchdown run in the second quarter to put Syracuse up 21-0.

Broncos dig themselves another hole

Similar to the Michigan State game, WMU found themselves in a quick 21-0 hole out of the gate.

After the slow start, the Broncos were able to regain their footing as LeVante Bellamy exploded through a hole on a 47-yard run play to cut the Syracuse lead to 21-7 with 9:09 remaining in the second quarter.

WMU was slowly able to chip away as Jon Wassink found Giovanni Ricci late in the first half on a fourth-down play to cut it to 21-13.

The Orange would add a field goal to make it 24-13 going into the break, but the Broncos were able to hang around until late in the fourth quarter. After getting into the 21-0 deficit, Western outscored Syracuse 33-31 the rest of the game.

For the second time on the road against a Power Five opponent this season, a slow start out of the gate hurt their chances.

If not for some costly turnovers at critical times, the Broncos could have been very well celebrating a road victory against an ACC team. Instead, a couple of key fumbles in the game came back to haunt WMU.

First, Keith Mixon, the Broncos dynamic punt and kick returner, muffed a punt with 6:16 to go in the first quarter that was recovered by Syracuse at the Broncos 16-yard line.

That set-up Syracuse’s offense in prime position, as they would take advantage and put it in the end zone to go up two scores early on.

Then, with 2:56 remaining in the first quarter, WMU running back LeVante Bellamy coughed the ball up as he was trying to stretch the ball to the goal line. It slipped out of his hands and was recovered by the Orange in the end zone for a touchback.

The Broncos turned the ball over two other times in the game, but those two fumbles early on were the most critical ones.

Despite the four turnovers, WMU’s offense was still able to have another productive day. They racked up 557 yards of total offense (356 passing, 201 rushing) and kept the Syracuse defense on their heels all day long.

Bellamy had a really nice game on the ground, going for two touchdowns with 165 yards on 15 carries. Sean Tyler was also able to get into the end zone again, as he finished with 19 yards on five carries.

Through the air, Wassink had a solid day, throwing for 356 yards on 23-of-46 passing for two touchdowns and an interception.

The only thing worse than losing the game is losing players due to injury.

As for those four players injured, they will all be evaluated throughout the coming days and further decisions will be made based on those evaluations.

The Broncos start MAC play on Saturday, Sept. 28 against rival Central Michigan in the Battle for the Cannon.