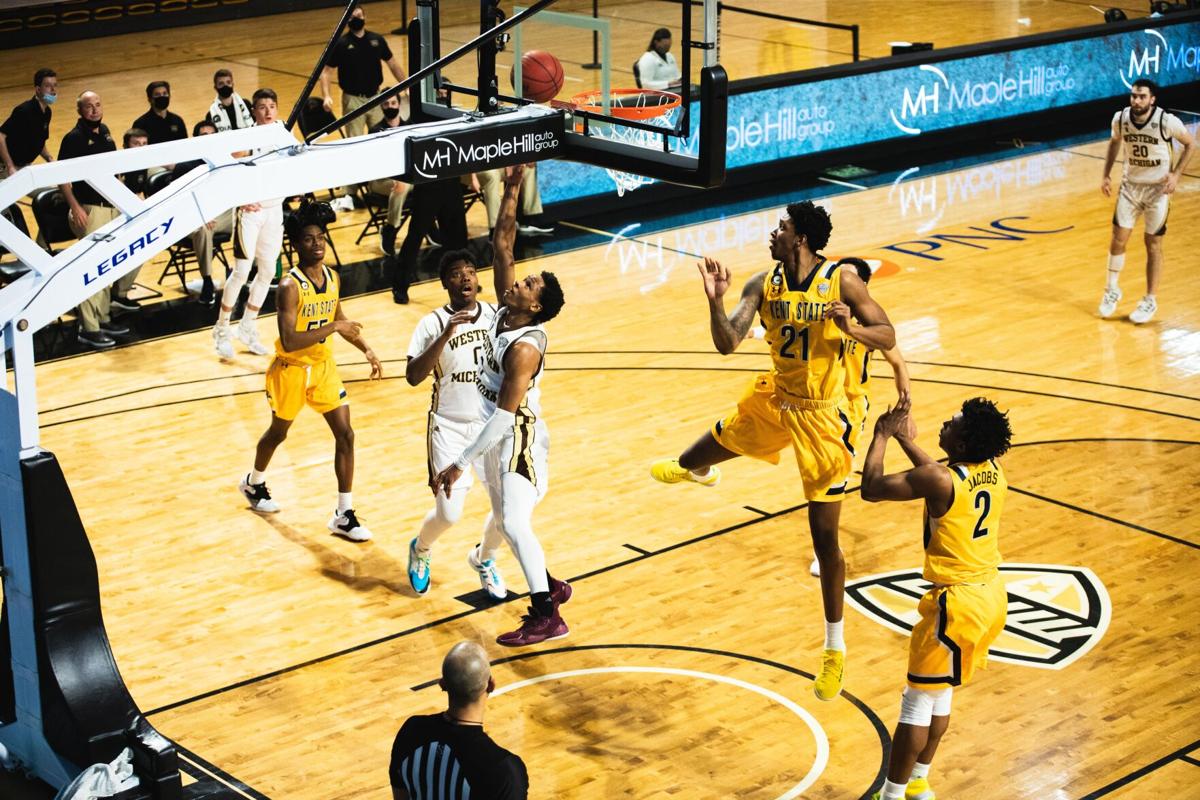 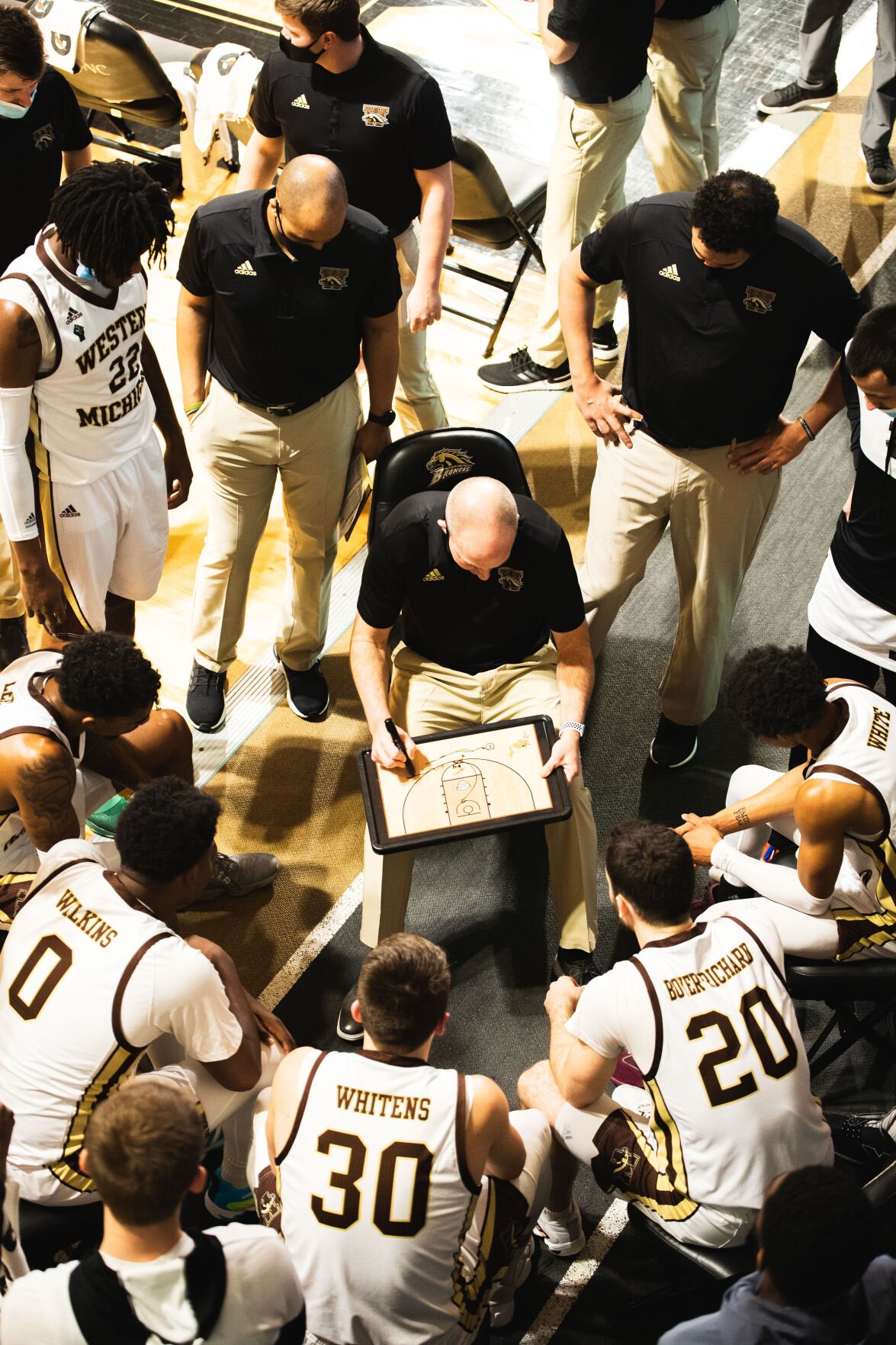 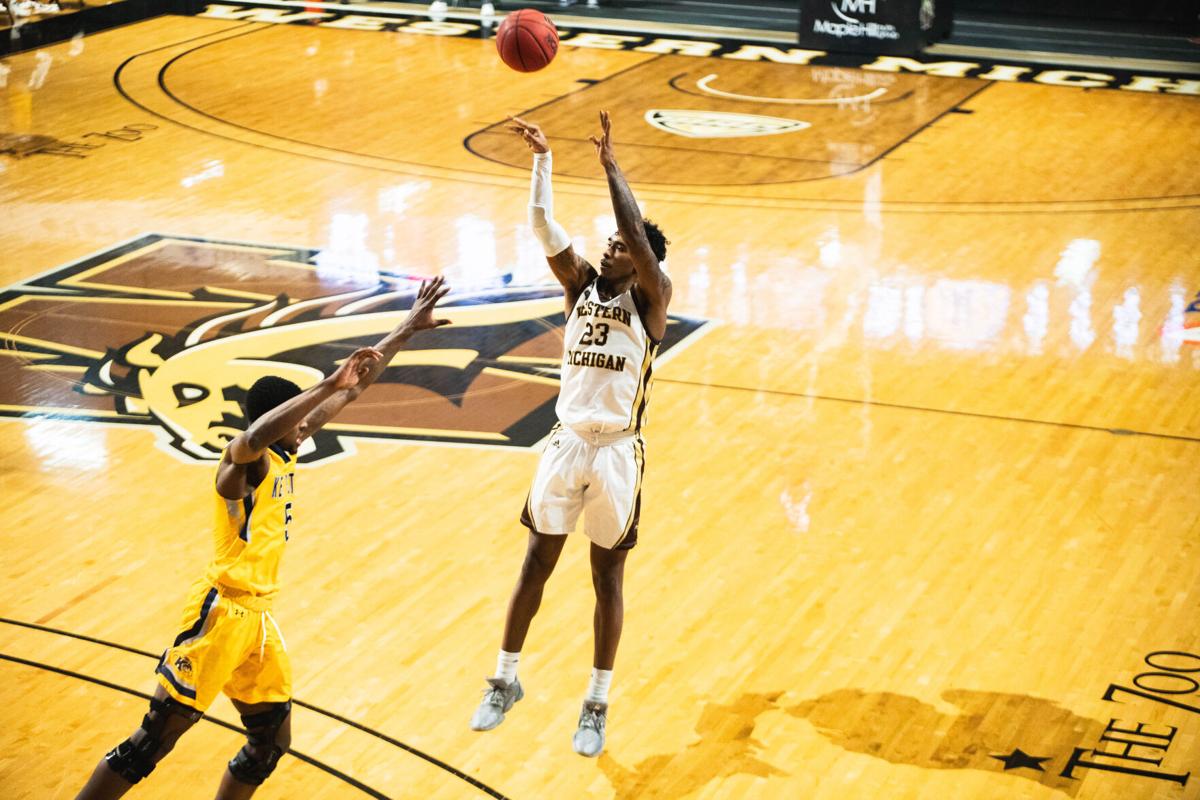 The Broncos started the game off strong, going on a 9-2 run and scoring from all over the floor. William Boyer-Richard started off the game by knocking down two three-pointers to help WMU get off to the fast start.

WMU’s scoring success in the first half led to its largest lead of the game by 11 points with 7:18 left in the first half. In the closing minutes before halftime, Kent State went on a 7-2 run to cut the deficit to four, going into half at 36-40.

The Broncos were down three points with a minute left in the game. With a jumper made by Kent State forward Danny Pippen and two free-throws from guard Malik Jacobs, the Golden Flashes were able to pull away with the victory in the final seconds.

White finished the game tied for a career-high with 20 points to lead the Broncos, along with six rebounds and five assists.

“B.Artis played extremely well, especially in the first half,” head coach Clayton Bates said. “They really loaded up on him in the second half and really strung him out and made him get rid of the basketball, they weren’t going to leave him until he did. So, we tried to make some adjustments and go to some other guys, it eliminated his points, but it allowed some other guys to step up. We’re proud of B.Artis’ effort.”

WMU had another starter who had a stellar performance in Greg Lee. Lee finished the game with 19 points, 13 of which came in the second half. Lee shot 50% from the field and had five rebounds.

Kent State was led by Giovanni Santiago. Santiago finished with a career-high 22 points and four rebounds. Santiago shot 4-7 from the three-point line and 6-6 from the free-throw line. Malique Jacobs added 17 points to the Golden Flashes stat sheet and Danny Pippen contributed with 15 points.

The loss puts the Broncos at 4-13 on the season and 3-9 in the conference. WMU’s next scheduled game is at Toledo Feb. 27, but Western Michigan and the MAC are working to get previously postponed games scheduled between now and then.