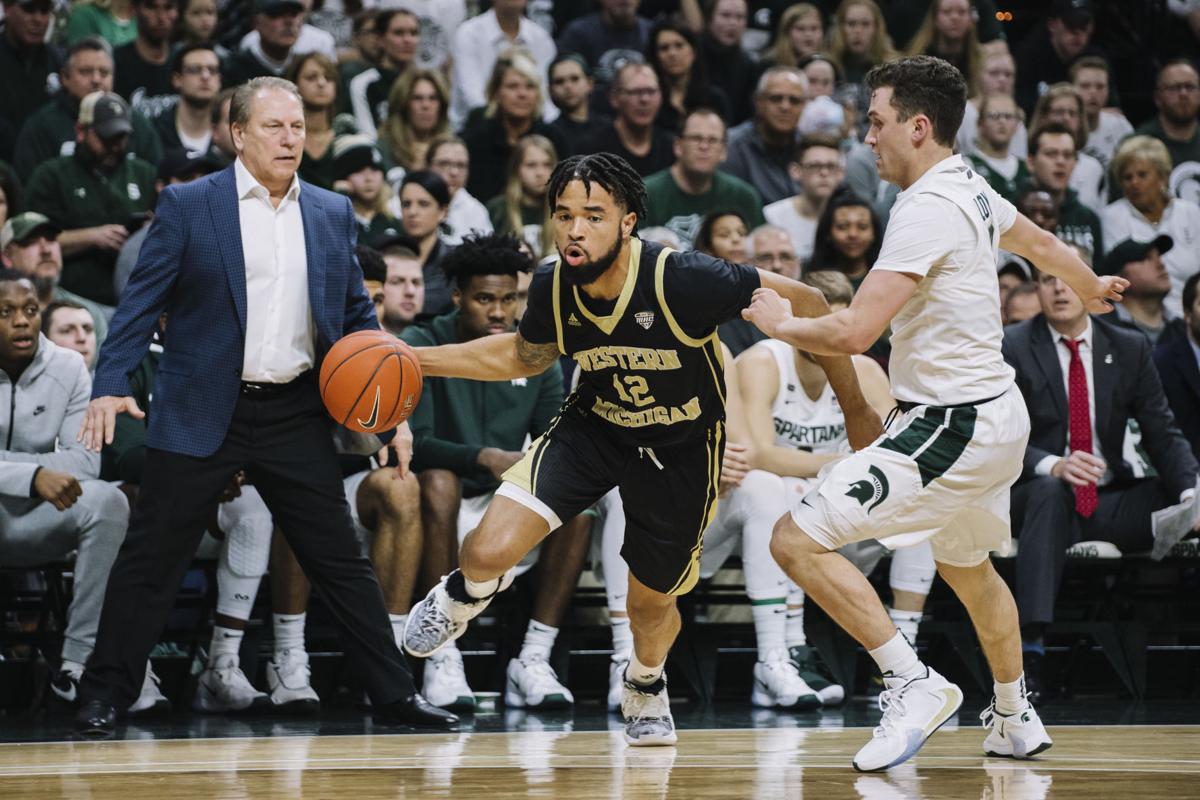 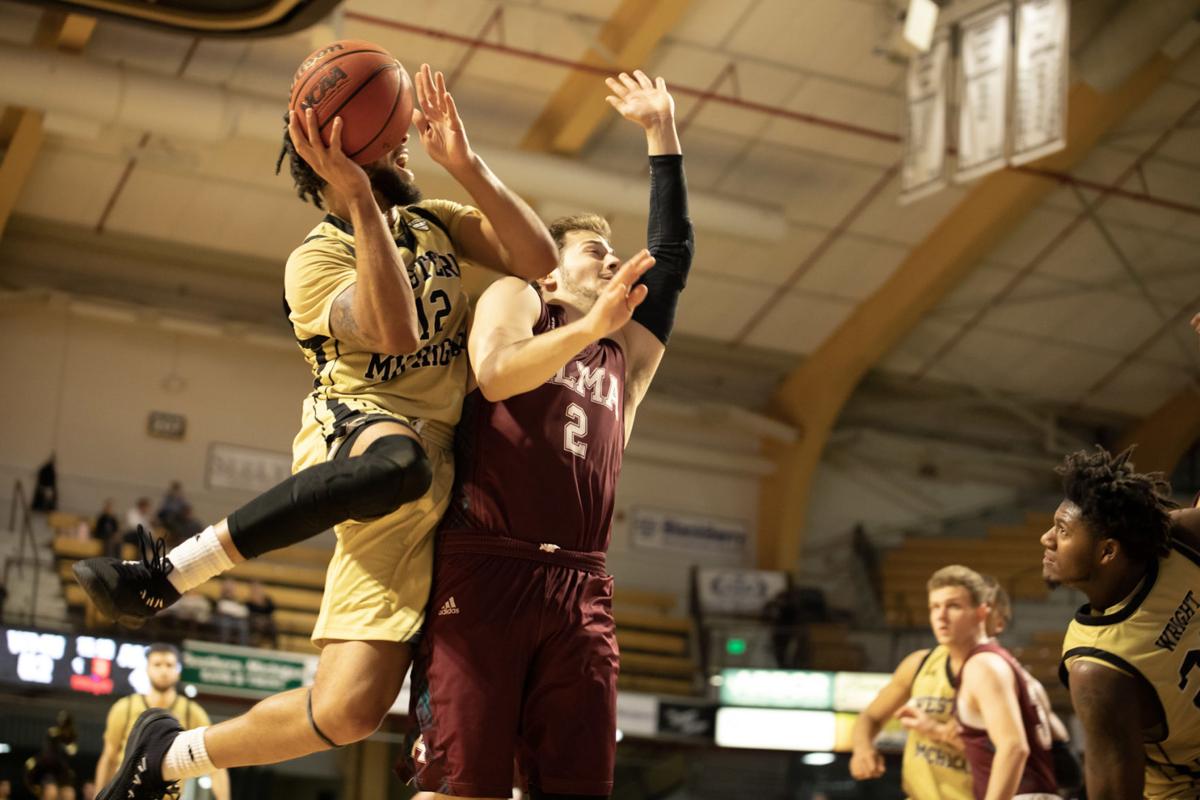 Former Western Michigan guard Michael Flowers and the WMU basketball program are officially at odds over the events that have transpired since Flowers entered the NCAA’s Transfer Portal back in late March.

Flowers ultimately decided to put his name in the portal after former head coach Steve Hawkins was relieved of his coaching duties after 17 seasons as the head coach of the Broncos. Hawkins recruited Flowers and helped him get through the passing of his mother, Joyce, who died his freshman year after a three year battle with pancreatic cancer.

On Tuesday, the now South Alabama guard posted a tweet accusing Western Michigan’s athletic department of “inconsistent” and “unprofessional”communication during his transfer process and that his former school ultimately caused his immediate eligibility waiver to be denied by the NCAA.

Flowers says in the tweet WMU decided to give his scholarship away while he was still in the transfer portal, leaving him “no choice” but to look elsewhere for his senior season.

The Western Michigan men’s basketball program responded to Flowers’ accusations by putting out a statement on Twitter on Wednesday, saying the decision for Flowers’ immediate eligibility waiver “rests with the NCAA.” The statement also goes on to say that first-year head coach Clayton Bates contacted Flowers the week beginning April 13 to encourage Flowers to return for his senior year but that he needed to make a decision because of interest with other prospects to fill the open scholarship.

Flowers requested to enter the transfer portal on March 30 and was officially entered on March 31. Bates, a longtime assistant coach under Hawkins, was formally introduced as the head coach on March 28. Bates said he reached out to all of his players individually on that night and had what he thought was a good discussion with Flowers.

Bates said he and his staff kept consistent communication with Flowers since he was hired and expressed their desires to Flowers about him returning to WMU.

On April 14, Bates said  he called  Flowers to inform him there was just one scholarship remaining and that they needed to know where Flowers was with the process.

“We had conversations with Mike about where he was at with the process, about our desire for him to return to the team,” Bates said. “But it also came down to the end where we had one scholarship left, we were recruiting prospects and we needed to know where Mike was with the process to allow us to move forward. Mike indicated to me that he wasn’t ready to make a decision, and he just couldn’t give us an answer. At that time, you have to make a decision to do what’s best for your program and you have to put the best team forward and fill your roster. Mike wasn’t ready to do that at that time.”

Bates said he and the staff did not inform Flowers he no longer had a scholarship spot on the team, but that Flowers called assistant coach Thomas Kelley on April 17 to inform them he was not returning.

On that same day, incoming freshman Josiah Freeman was officially added to the program to fill the remaining spot on WMU’s roster.

Flowers has a different account of the situation, telling Newschannel 3 that he never informed the program he was choosing to go elsewhere.

“Their argument was that I had a chance to come back to Western, and my scholarship was there but I chose to go elsewhere, which was a lie, because my scholarship got filled without me being informed,” Flowers told Andy Pepper of News Channel 3. “April 17 was the day my scholarship was filled and nobody called me. I looked on social media and saw they signed a new recruit (Freeman).”

Flowers told Channel 3 that when he spoke with Bates at that time, the two agreed to speak again before either side made a decision about Flowers leaving or WMU choosing to move on.

ESPN’s Jay Bilas and Dick Vitale weighed in on the situation on Twitter in support of Flowers and also was critical of the NCAA and WMU.

“The NCAA needs to make Michael Flowers immediately eligible,” Bilas wrote on Twitter. “Flowers insists that WMU’s assertions in this statement are untrue. WMU has an obligation to admit Flowers had no scholarship on which to return. Clearly, WMU is not trying to help Flowers, but to hurt him.”

The NCAA needs to make Michael Flowers immediately eligible. Flowers insists that WMU’s assertions in this statement are untrue. WMU has an obligation to admit Flowers had no scholarship to which to return. Clearly, WMU is not trying to help Flowers, but to hurt him. https://t.co/gHUch6aWpP

Vitale tweeted a message similar to Bilas’, wondering why Flowers is being “penalized.”

“I thought schools & the NCAA were in the business to help kids,” Vitale wrote. “Why is this young guy being penalized?”

I thought schools & the ⁦@NCAA⁩ were in the business to help kids . Why is this young guy being penalized ? Come on ⁦@WesternMichU⁩ & ⁦@UofSouthAlabama⁩ you must be better than what I am reading https://t.co/9M7pDXGgga

According to the NCAA’s website, a student-athlete who transfers to a school must have the school they transfer to file a transfer waiver requesting the student-athlete be eligible for immediate competition.

An NCAA staff member then is assigned the case and reviews the documentation before a decision is made. Three keys the NCAA says are considered include: Mitigation, academic records and the previous school’s position.

While the WMU basketball program stated the decision on Flowers’ immediate eligibility lies with the NCAA is true, WMU could influence that decision depending on what information they provided to the NCAA.

The NCAA’s site states a school submits a transfer waiver “when documented circumstances outside the student-athlete’s control necessitate his/her transfer.”