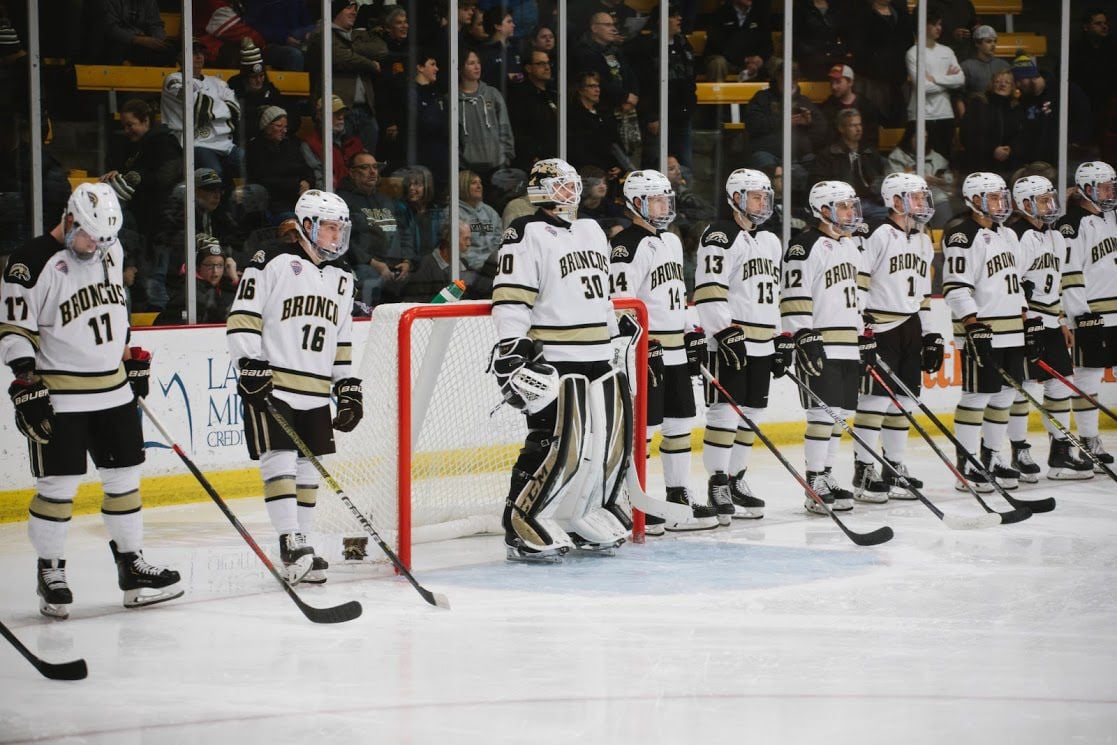 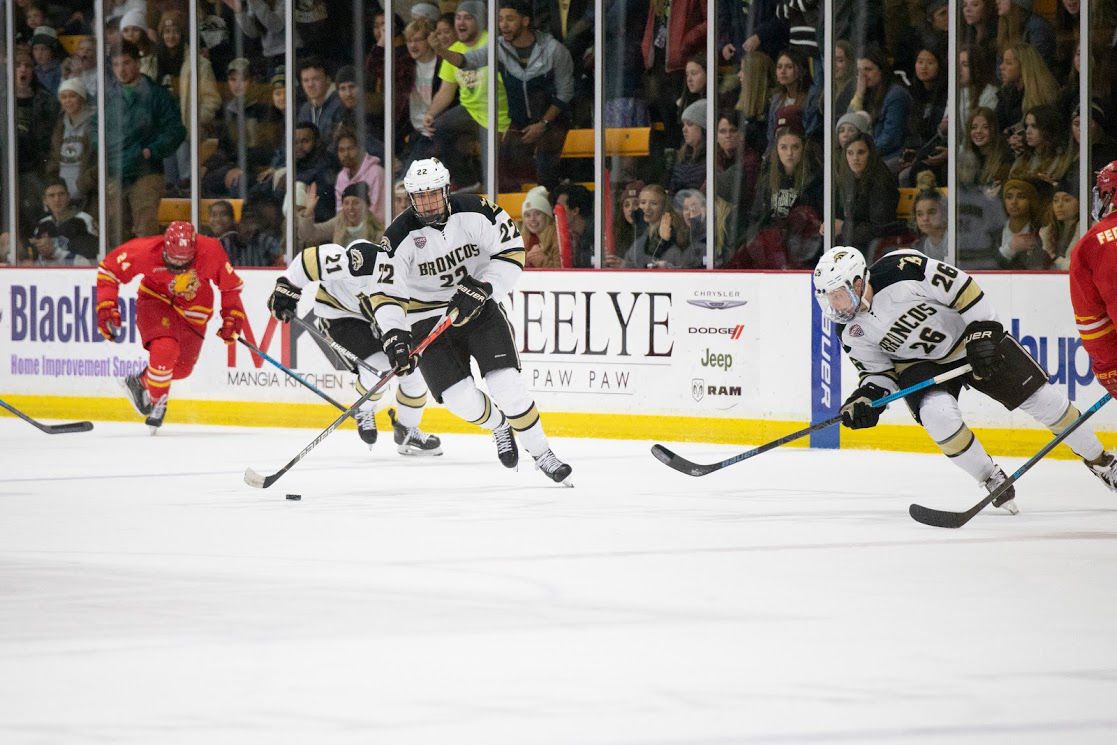 The No. 17 Western Michigan Broncos will get ready to host the No. 3 North Dakota Fighting Hawks this weekend after splitting their two-game road trip against Denver before the holiday break. This will be the Broncos only games played in December with the program taking a three-week break and will resume play in the first weekend of January.

The Broncos will have a tall task as they are facing off against a North Dakota team that is absolutely red hot taking the National Collegiate Hockey Conference and division one hockey by storm. North Dakota is currently on an 11-game unbeaten streak, winning five in a row, and have gone undefeated in November posting a record of 8-0-1.

WMU Keys to the Game

If the Broncos hope to earn a sweep, there are a few things they must execute to ensure two victories. They must find the open holes in the net, whenever they possibly can. They will also need their defense to step up and play at their highest possible level.

The Fighting Hawks lead the NCHC in goals against average allowing 1.67 goals a game, the Broncos are scoring just over three goals a game on average. Western will need its top goal scorers in Paul Washe, Drew Worrad and Ethen Frank to find the back of the net consistently. The Broncos will also need their assists leaders in captain Hugh McGing, Dawson DiPietro and Michael Joyaux to find open skaters to create scoring opportunities.

North Dakota is a strong team when it comes to scoring, as they currently lead the NCHC in goals per game scoring four on average. The Fighting Hawks have Jordan Kawaguchi who is tied with three others for the lead in goals scored in the NCHC with seven. North Dakota also has three players who have posted six goals this season.

The Broncos will need their top defensemen in Luke Bafia, Kale Bennett and Scooter Brickey to step up and give freshmen netminder Brandon Bussi a helping hand and block some shots. Those players are leading the team in blocks this year.

The freshman phenom goaltender will also need to stay on top of his feet throughout the series. Bussi ranks fifth in the NCHC in goals against average allowing 2.68 goals a game. Bussi also owns the third best save percentage in the conference with .909.

A Look at North Dakota

The Fighting Hawks have one of the best weapons in all of division one hockey, the NCHC points leader in Kawaguchi (7-15--22). Kawaguchi has been the biggest part of why North Dakota is scoring four goals a game.

Another skater for the Fighting Hawks that is lethal is Jacob Bernard-Docker. Bernard-Docker has totaled 14 points on the year, scoring three goals and earning 11 assists.

North Dakota has the best goaltender in the NCHC in Adam Scheel. Scheel leads the NCHC in wins with 11, goals against average with 1.64 and is second in save percentage with .917.

The Fighting Hawks are also dominant when it comes to killing off the penalty at 90.4%, that's good for second in the NCHC. The Broncos will need to capitalize on every power play they get to give them the extra edge against North Dakota and will need to be better than their 16% power play conversion on the season.

As long as they Broncos play the best they have all year on offensive and can shut down North Dakota’s sticks while scoring a few power play goals, they will have a good shot of pulling off the upset.

Friday and Saturday’s games are scheduled for 7:05 p.m. puck drops. Saturday’s game is Military Appreciation Night where the Broncos will where specialized U.S. military-themed jerseys. From the conclusion of Saturday’s game until Friday, Dec. 13th at midnight, the jerseys will be auctioned off on www.wmubroncos.com.

Commemorative pucks will also be sold at the game on Saturday. A portion of the profits from the puck sales and jersey auction will go to the WMU Office of Military and Veteran Affairs.

Fans who can’t make it to the games can watch on NCHC.tv or listen in on the Bronco Radio Network.