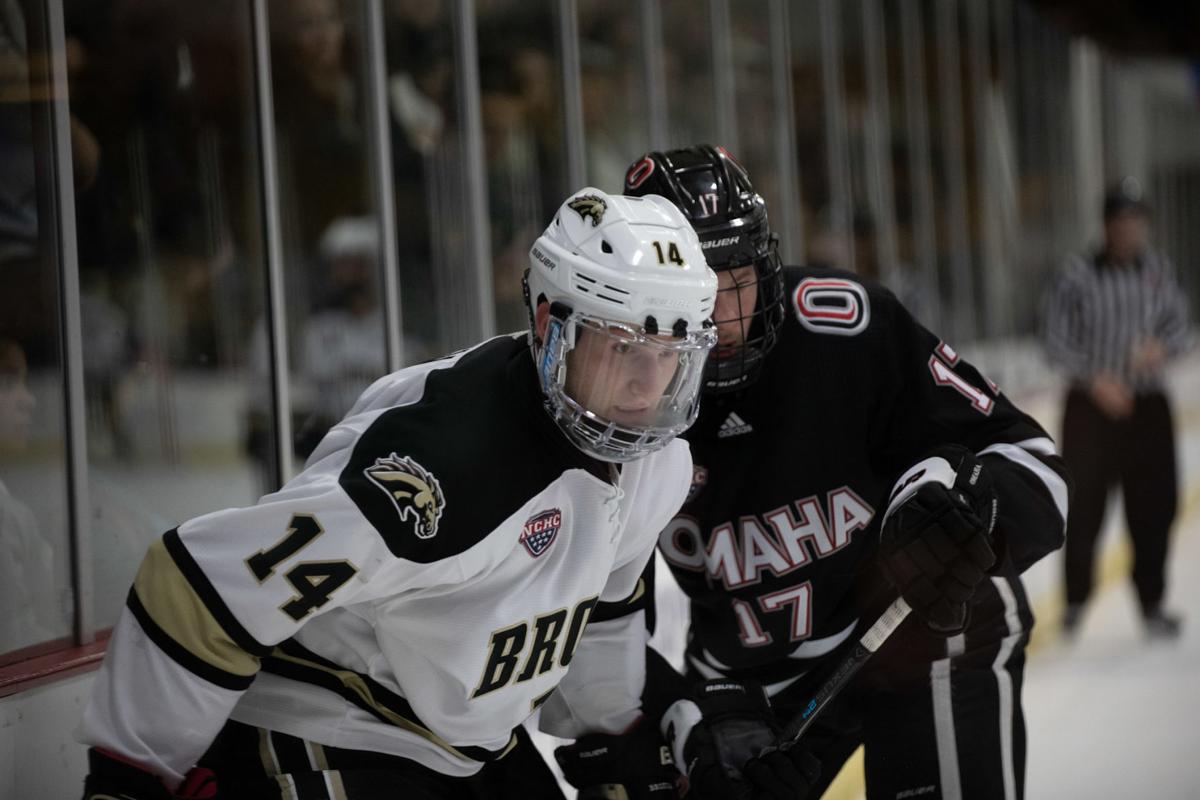 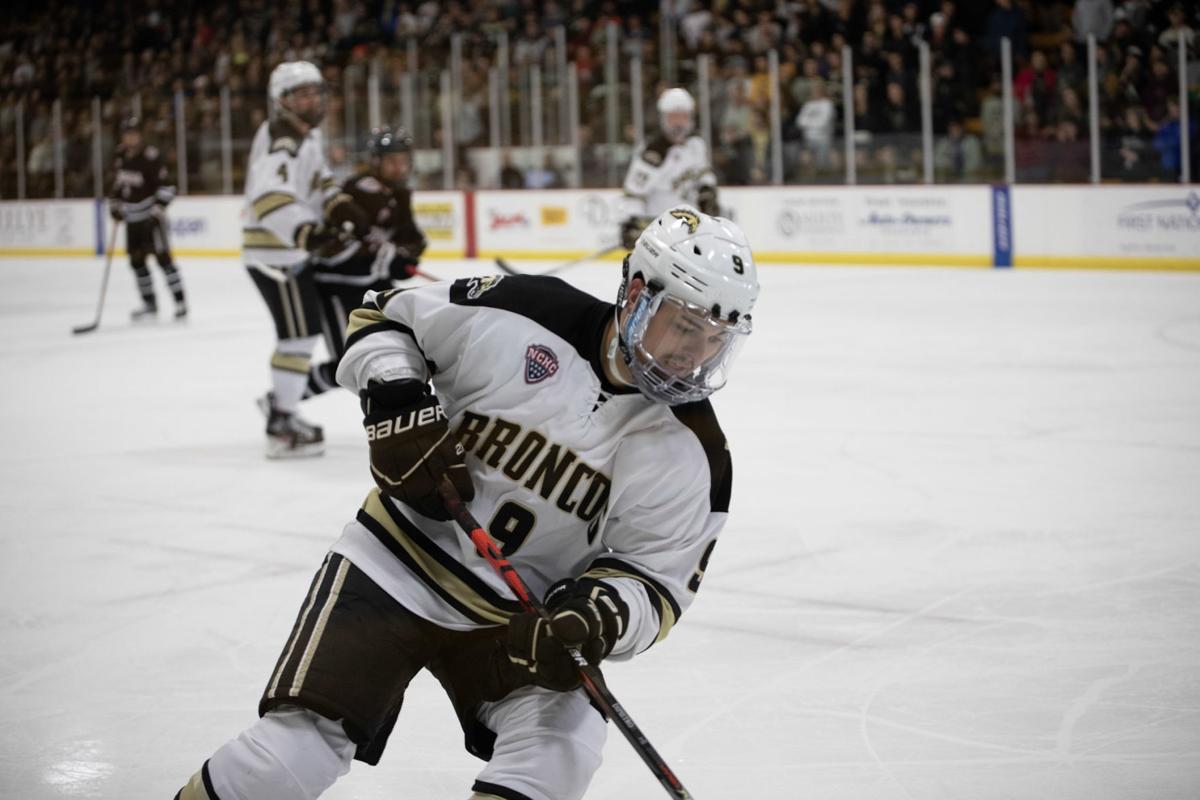 The Western Michigan Broncos traveled to Duluth, Minnesota over the weekend to square off against NCHC rival and No. 9 ranked Minnesota Duluth Bulldogs.

On Friday, WMU surrendered six goals to Duluth, falling  6-3. On Saturday, the Broncos went into a shootout with the Bulldogs and emerged victorious, taking the extra point after the teams were even at 3-3 after overtime.

The Broncos winless streak techncially rises to seven games after the series. This is because Saturday’s result officially goes in the books as a tie, even though the Broncos emerged victorious in the shootout giving them the extra point.

They have gone 0-5-2 during the span. Despite the winless streak, they still remain in the upper half of the NCHC at fourth place.

In the first game, WMU fought with the Bulldogs up until the third period when Duluth got three past the Broncos.

The Broncos opened up the second period on a strong note, knotting the game at 2-2 within the first six minutes. Paul Washe got back to his scoring ways, netting his eighth goal of the year after not scoring in his last seven games.

The contest continued to be tightly contested as Duluth responded with a goal after Washe tied it, Noah Coates took advantage and scored the Bulldogs second power play goal of the night. Just two minutes after Duluth made it 3-2, the Broncos converted on a power play themselves with a goal from Rhett Kingston to tie the game back up 3-3.

After two hard fought periods, the Broncos started to let the game slip in the third. The Bulldogs scored three straight in the final period to take the first game in the series.

The Saturday game was a different story for the Broncos, winning the shootout to gain the extra point from the contest.

The game was quiet until there was about six minutes left in the first period when the Broncos scored the first goal of the night, thanks to Josh Passolt. WMU would take this lead into the second period.

The Broncos would take the 3-1 lead with them into the third period, but it wouldn’t last long. Duluth would go on to score two goals to tie it up with WMU at 3-3. That would remain the score until the end of regulation.

After a winner couldn’t be determined after a 5-on-5 and 3-on-3 overtime, the game would go into a shootout. Bronco captain Hugh McGing would go on to be the savior for his team as he scored the goal that sealed the deal for WMU and got them the extra point over the Bulldogs.

Senior Goaltender Ben Blacker played the whole game in net for the Broncos after Bussi got the night off. Blacker was a big part of the reason why the Broncos won the shootout as he racked up 32 saves.

Western’s lack of ability to score on the power play was again exposed over the series. Over the weekend, Duluth went to the box a total of 14 times and the Broncos were only able to score one goal on the powerplay.

WMU will come back home next weekend to host NCHC rival the Colorado College Tigers with Friday’s and Saturday’s game both starting at 7:05 p.m.