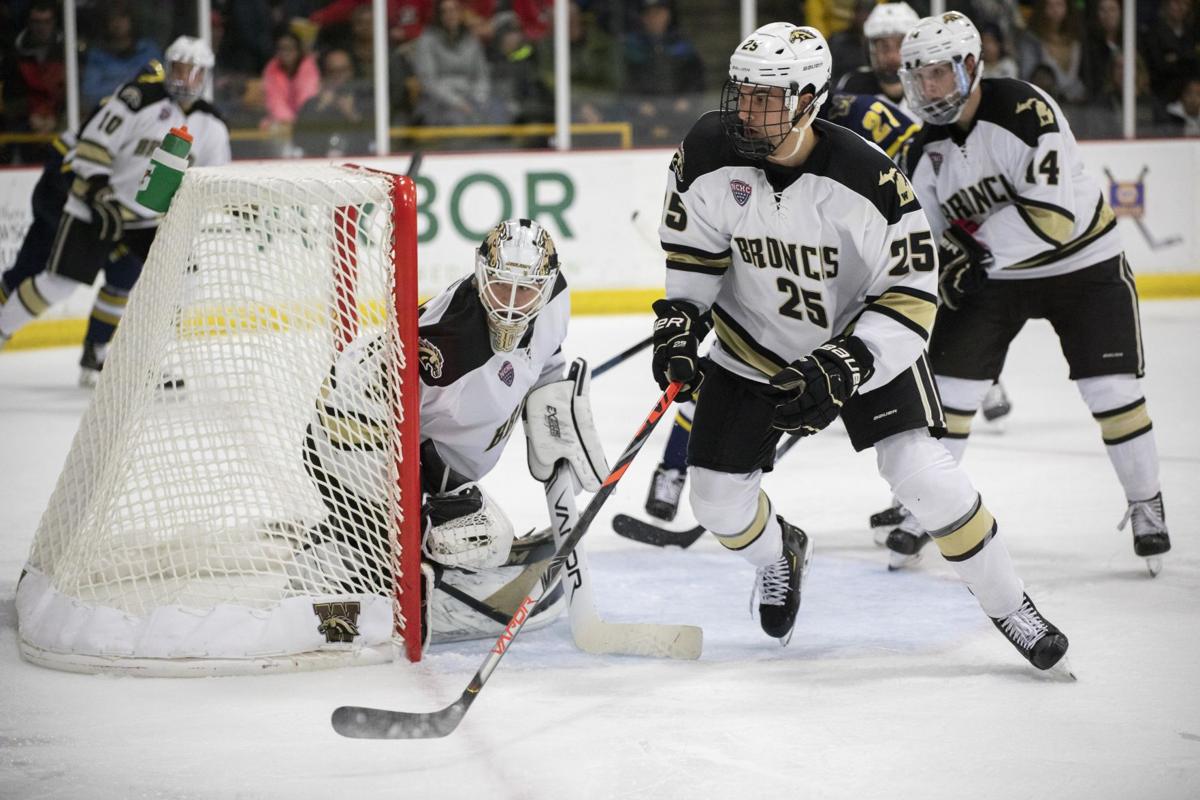 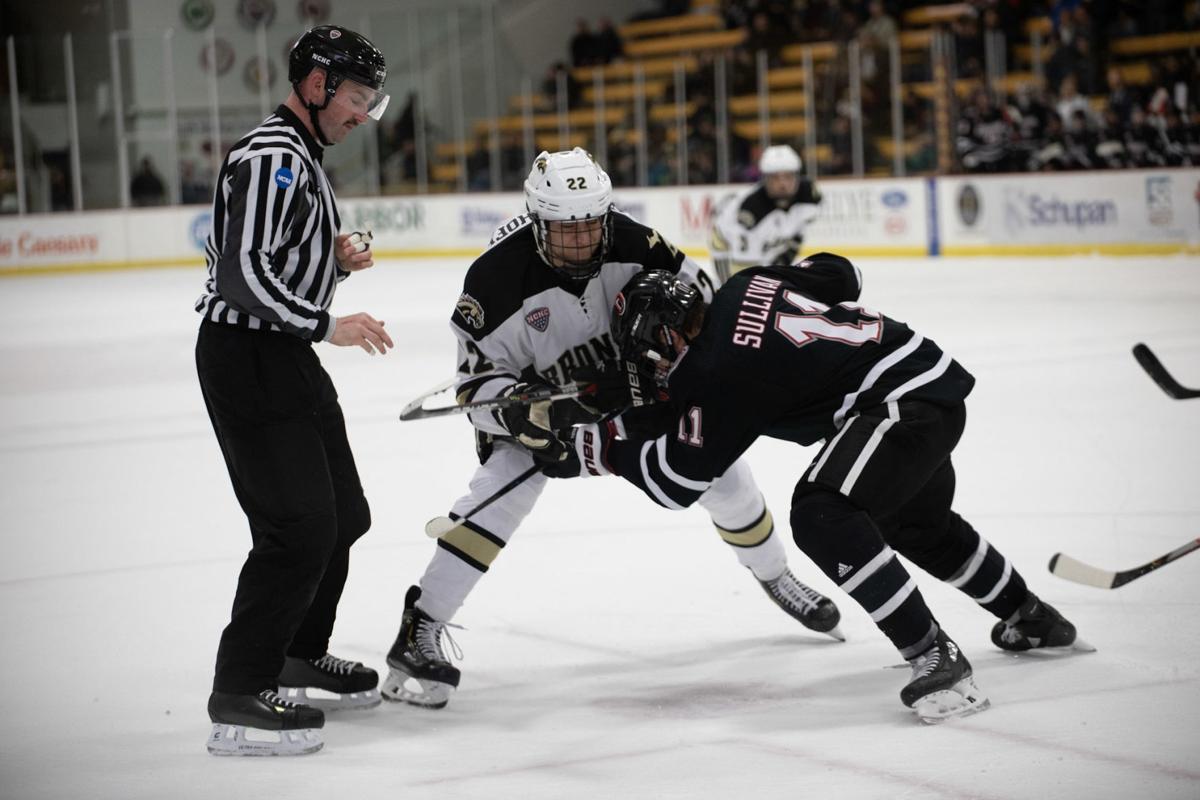 Western Michigan traveled to Denver to take on the No. 4 Pioneers for a two-game road trip. The No. 20 Broncos split the series winning the first game before being dominated in the second contest. On Friday night the Broncos came out on top winning 2-1, but their defense struggled the next night losing 6-1.

Denver ended a five game winless streak with the victory in game two against Western. The Broncos are now 10-18-1 against the Pioneers all-time and are a mediocre 2-10-1 on Denver ice.

Western Michigan started the first period of game one strong scoring two goals. Mattias Samuelsson netted his first goal of the year to put the Broncos on the board first. Following Samuelsson’s goal was Ethen Frank who put the second goal on the board for Western making it 2-0 Broncos to end the first.

Western’s offense was quiet the rest of the night as it failed to light the lamp again in the contest. Denver tried to make a comeback in the second as they scored a goal to make it a 2-1 deficit, but the Broncos maintained the lead and took game one of the series.

Denver outshot Western 36-33 on the night, but goaltender Brandon Bussi showed up big for the Broncos as he compiled 35 saves in the game.

The second contest did not go as planned for the Broncos as they were dominated by the Pioneers, losing 6-1.

The Broncos were able to keep the game close in the first period as they only trailed Denver 1-0 at the conclusion of the frame.

As the second got underway, the Broncos tied up the contest as Rhett Kingston found the back of the net as it trickled past Pioneer goaltender Devin Cooley. With about seven minutes left in the second, Denver regained the lead scoring off of a Bronco turnover to make it 2-1 Pioneers. Then two minutes later, Denver struck again off of a rebound to give themselves a two goal advantage over the Broncos to end the period.

In the opening minutes of the third, Denver added more cushion to their lead scoring again to make it a 4-1. This would lead to Bussi getting replaced by Ben Blacker for the remainder of the contest. At about halfway through the third, Denver found the back of the net on Blacker to take a large 5-1 lead over Western.

Near the tail end of the game, the Pioneers continued to add salt to the wound and scored one final goal of the night to win the contest 6-1.

During game two of the series, the Broncos went to the penalty box five times for a total of 10 minutes shorthanded. That was less than their season average of 14.4 minutes a game. However, while in the box, the Broncos allowed three of Denver’s six goals on the power play.

Tyler Ward was the backbone for the Pioneers in game two as he racked up four points on a goal and three assists.

The Broncos have Thanksgiving weekend off, but after the holiday will welcome NCHC leader and top five opponent North Dakota to Lawson for a weekend series December 6-7.