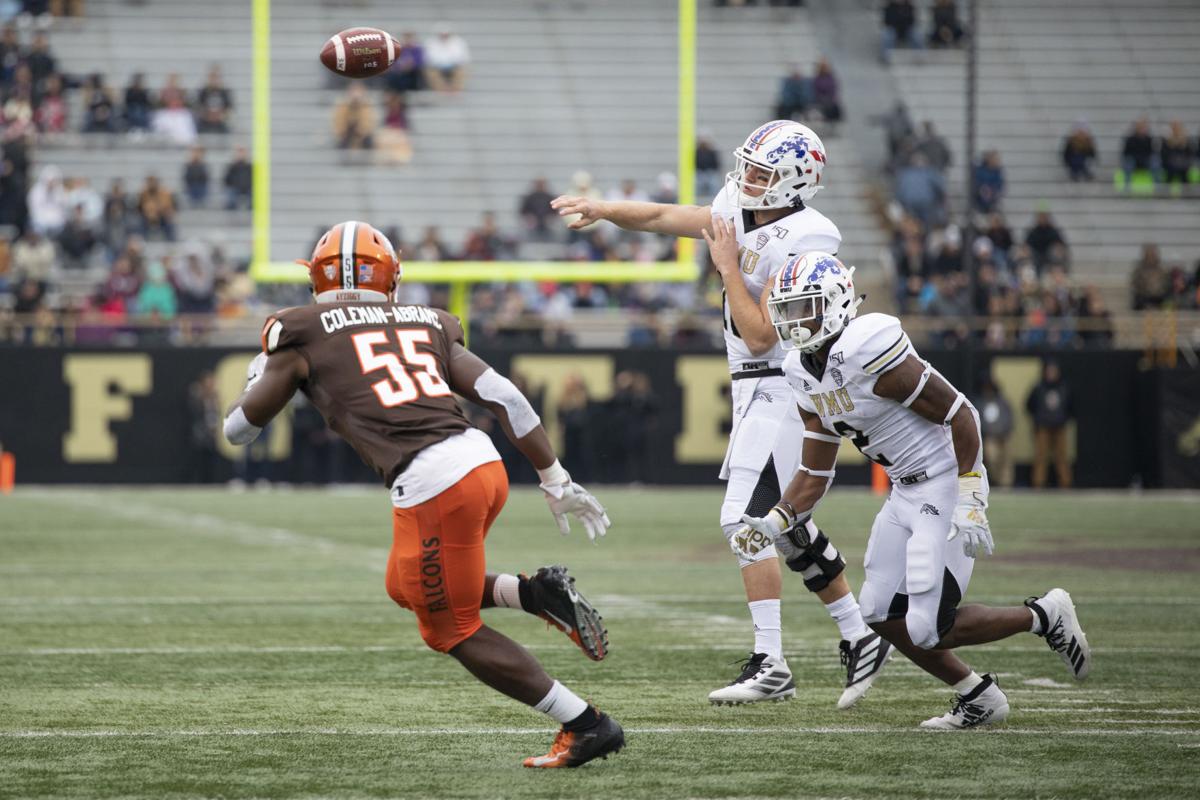 Jon Wassink is protected by LeVante Bellamy, (2) while being rushed by Bowling Green's Kholbe Coleman (55). 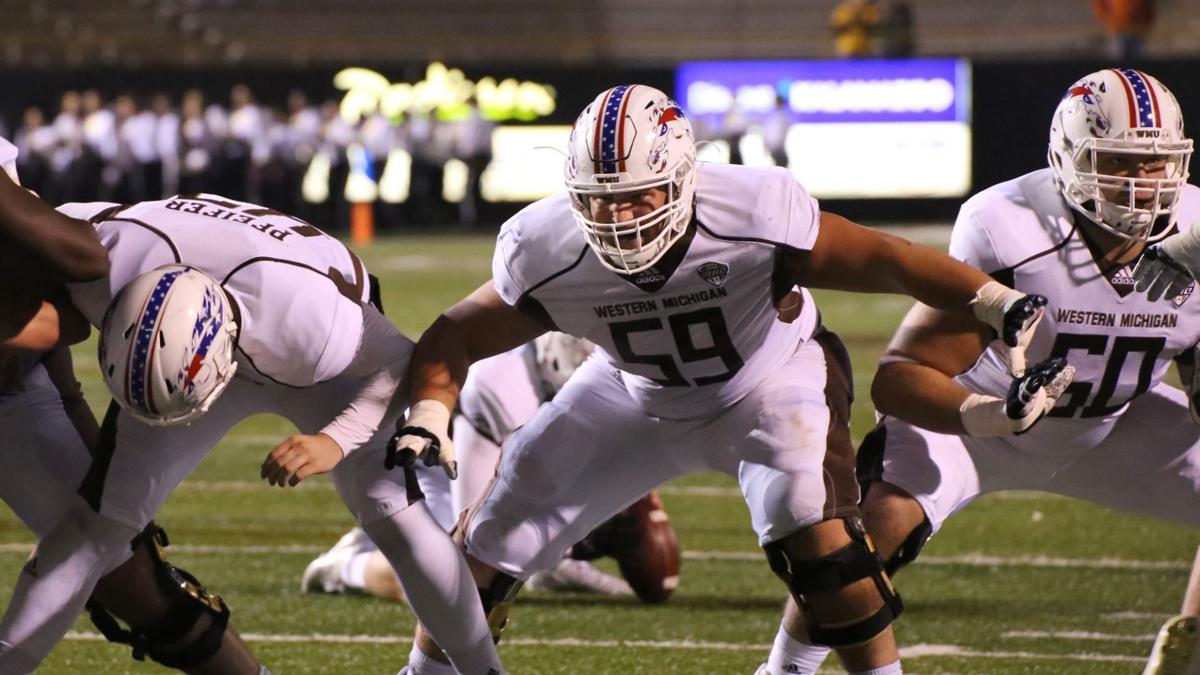 Luke Juriga will be the Broncos anchor up front in 2019

The trio makes it 15 Broncos to earn invitations all-time to this event. In the Tim Lester era, four total have been invited since the 2017 season.

Bellamy was named the MAC Offensive Player of the Year and finished tied for the national lead with 23 rushing touchdowns. He ranked 10th in the country with 1,472 yards. He also was voted the 2019 Mid-American Conference Vern Smith Leadership Award winner.

Ricci finished 2019 with 51 receptions for 642 yards and eight touchdowns. Those eight touchdowns ranked third nationally at his position and first in the conference. Ricci was also a key target for quarterback Jon Wassink on third downs all season long, ranking second in the MAC with 19 catches on third down plays.

Juriga, who started all 52 games in his career, assisted in helping the Broncos offense rank 18th in fewest sacks allowed per game (1.38). Juriga also helped the offense finish 28th in rushing yards per game and 25th in total offensive yards per game.

He also was named a MAC Distinguished Scholar Athlete for the first time in his career in 2019 as well as being named a first-team all-MAC selection for the second straight season.

The East-West Shrine Bowl will be aired on the NFL Network and can be streamed live through the NFL and NFL Network apps on smartphones, tablets, PCs and connected TV devices.