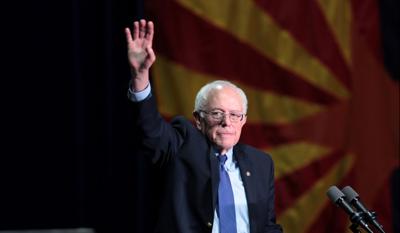 Michigan’s presidential primary will be held on March 10 of this year.

All Democratic candidates are currently registered to primary in Michigan, although some could drop out between now and March 10. Current frontrunners include Joe Biden, Bernie Sanders, Elizabeth Warren and Michael Bloomberg, a late entry to the race. Republican candidates include incumbent President Trump, Mark Sanford, Joe Walsh and Bill Weld.

Why does this matter to students?

In other words, the student population at WMU could’ve decided the primary.

Now not every WMU student votes Democratic, but the point remains that if every student at WMU and other colleges throughout the state young people could decide Michigan’s elections.

It can be easy to be skeptical, blaming superdelegates for Clinton’s victory over Sanders in the 2016 primary. While some fault may lay with the DNC, young people refusing to participate in the system only guarantees that the system will select a candidate that does not represent the wishes of young people.

Getting college students to vote in the general election has been challenging to say the least. Young people have long had the lowest rates of voter turn out across the general population. While this is a for a variety of reasons, one of them is certainly a lack of exciting candidates.

In 2012 when I was first developing my affinity for politics, I knew several seniors in my school who would be eligible to vote. Most of them identified as libertarian Republicans and were excited to vote for Ron Paul. When Romney got the nomination, they stayed home. In 2016, my first election, some of my best friends were even bigger political junkies than me. They went to rallies, knocked on doors, but when Clinton won the nomination they stopped.

I have a lot of respect for groups like WeVote that encourage student voters. Young people need to vote in the general election. It might sound morbid, but I’ve always found it odd that people who won’t live to see the long-term effects of an election are the ones who decide it. Nonetheless, I am pessimistic about the odds of getting people my age to vote in an election where the candidates don’t excite.

This is why we need to vote in the primaries, to help select a candidate that represents our generation, whatever that may be.

It’s an old saying, and I don’t know who or where it comes from, but in the general election you have to vote with your head, in the primary you get to vote with your heart. The primary represents a chance to express your passion, to imagine the nation as you want it. In a way it’s like holding on to a Powerball ticket, talking to your friends about what you’re going to do when you finally win your millions. Only, unlike the Powerball, in a primary you can actually do something to increase your chances: vote in it.