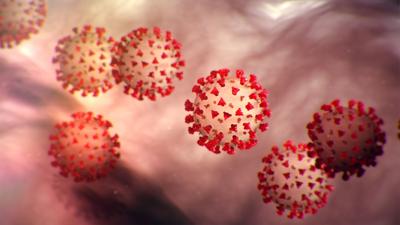 Tom Cruise and Rita Wilson have COVID-19. As does Idris Elba, Andy Cohen, multiple NBA players, and, potentially, you. But you wouldn’t know it. Neither would your family, nor millions of other Americans.

Countless Americans are experiencing symptoms, but are unable to get tested due to a shortage of proper test kits.

You may be asking yourself why the rich and famous are able to get these tests while the rest of us are left to fend for ourselves. This is a fair question, and President Trump’s answer to it is “...perhaps that is the story of life.”

And the fact of the matter is, it does seem to be the story of life.

We are facing a global crisis. We do not have adequate medical facilities or equipment to handle this coronavirus if it is not contained. And the most important factor in containment (apart from self-quarantine and social-distancing) is testing.

It is absolutely imperative that we know the actual scope of this virus, and who has it right now so they can get treated. Yet, we are facing a shortage of testing equipment, and the tests that we do have are widely inaccessible (unless, of course, you host Watch What Happens Live).

There are a number of bureaucratic issues at fault here, but at the end of the day, they can be boiled down to this: the Trump administration, and certain members of congress, refused to take this seriously until they absolutely had to.

The first case of COVID-19 in the United States was identified in January. Members of Congress were briefed in February. And yet, it seems as if we were completely blindsided.

It would be inaccurate reporting, however, to say those in the highest levels of our government didn’t respond when they found out about the potential threat.

A number of them actually sold off millions of dollars in stocks using the classified government information they were privy to. Some even told their donors to do the same.

Trump told his supporters that the concerns from heard from healthcare professionals weeks before the virus began to spread was a hoax put on by the Democrats.

Meanwhile, the virus was invading our country. It was entering every state of the Union, and infecting untold numbers of people.

While members of congress were busy enriching their bank accounts in anticipation of a stock market crash, and Trump was busy downplaying what would become a global pandemic to gain brownie points among his supporters, Americans were getting sick.

The administration now seems to be taking this virus very seriously. But at this point, we are playing catch-up.

As of writing this article, there were 15,219 cases of the virus in the U.S., and 201 deaths. In a country of 327 million, this can seem insignificant. But these are only the confirmed cases, and this virus is spreading rapidly.

The reported number is now 97,226 with 1,475 deaths and 816 recovered, according to Johns Hopkins, making the United States the leader in coronavirus cases.

In the past week or so, Congress passed legislation making the test free.

That this happened only after the Fed injected over a trillion dollars into the stock market to help ease the crash is astounding.

That members of congress were more concerned with their own finances than the health and safety of the American people is astounding.

This crisis has done a better job outlining the inequalities between the elite and the rest of us than any op-ed or Bernie Sanders rally ever could.

It is clear who has true power in America. It is clear who gets the lifeboats. It isn’t me, and it probably isn’t you, either. It is not even the most vulnerable among us.

The people who get helped first are the people who need it the least. That is going to have to change if we are to recover from this. But, in the words of President Trump “perhaps that’s been the story of life.”