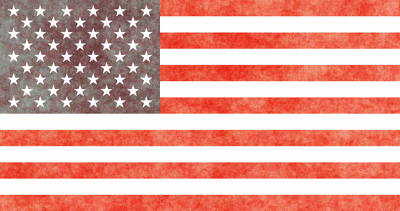 War starts with the idea that mine is better.  For some this means religious crusade, be it missionary or knight; for others it means Democracy, in the name of the people’s voice or fists.  To see our religion, philosophy, our creations and dreams proliferate is an instinct.

These are the very foundation of our identity and become what we call our legacy as written in our history.  War, inherently, is also part of human.

But war does not start with war; it starts with a simple conversation.

A conversation with your neighbor about the color of their house or the flamingos on their lawn, then a rule is created to ensure no one is wronged.  Yet, there are many colors in the rainbow and many rules to create. Using this strategy, how many problems have been solved and how many more have been created? The words assigned to actions change for the sake of someone’s feelings, yet the action remains the same and nothing has changed until the words change again.  We do not fix problems at their source; we simply ignore them and lay the blame at our neighbor’s door.

Conversations are had at all levels of land, life and liberty in our American hours.  From the playgrounds of schools to the board rooms of the corporate world, we use our influence and resources to tell our side of the story. We strive to prove the purity of our ideas and the correctness of our truths and actions.  Debate is had and the conversation settled; history is then written by the victors.

On the stage of the globe, the conversation plays out for audiences large and small; countries no more than actors with the voice of the people, dressed in the costume of culture and spoken in the verse of government.

Culture is subjective, and in this conversation our “global truth” is guided not just by science but by human constructs founded in our religions, philosophies, histories and current events. It’s from these that we construct our beliefs and ideas; the goods of conversation and the source of conflict and war.  The same conversations you have with your neighbor about your own community are also being had by the leaders in this world.  My Democracy and my Democratic Voice ends at my borders and with this I am content. Yet, my voice has potential to carry around this globe and resonate in my city and with this I am happy.

Conversation without resolution of differences will lead to conflict and, given enough stress and time, will lead to war.  Temperance is a virtue, yet so are courage and justice and none may be dismissed. Through the ages the tools of conversation have evolved. A stone becomes an arrow becomes a gun, that stone but a simply tool.  Tools are neither evil nor good and the intent of the wielder takes form. That same stone becomes a quill becomes a pen and within the arsenal of tools used in the art of conversation; that pen is mightier than that sword.

A country is no different than the stone; forged in government with the intent of its people. What is your intent for the world?

Our global conversations are in shambles on every front and our leaders are weak in their knees.  The defensive walls have been built and the garments of war have been donned.  Insults and threats are fired indiscriminately without pause for consideration of life or limb and policy used like a club to cripple the star players on the fields of global economy.  America has never seen itself as an equal at the international level.  Leader, Savior, Victim or Martyr are the words used throughout American history.  Yet, one thing has always remained the same; we have always said we are the best, never equal or inferior.  And if we are the best there is, then everyone else have must have what we have and be like us or they are missing out on the American way of life and culture.

America is not the best, and the complexity of a government and country cannot be measured with a single value.  It’s measured by the value of each of its people, in each of their lands, and in each of their cultures.

Many years ago the inkwells ran dry and the cries for change ignored. Under the cover of night, America unsheathed its sword.  Conversation became war; the people a resource, renewable given enough time.  Today, the images of war flash across the screens of mass media and film. Sanitized, these images warp our understanding of the true aspects of war and the price that must be paid.  Pictures of fighter jets streak across the horizon alight from the glow of the flames below; black billowing smoke used as a backdrop to heighten the majestic effect.  Technological marvels displayed on TV, proof of our superiority, deliver the gifts of war down the chimneys like Santa Claus on the night of Christmas Eve.  The children nestled all snug in their beds, while weapons of mass destruction danc’d in their heads.

The crumbled walls of the local library, books chard and scattered, erase the stories, the science, the beliefs and faith of a people.  The paintings and arts, whether inside the halls of a refined institution or hanging on the kitchen refrigerator; the masterpieces lost, crushed beneath the soldier’s boot.  The life of one civilization destroyed for the prosperity of another.  War is merciless, heartless and cold. It is a terrible image by any standard, but also the reality we choose to ignore; ignorance is bliss.  I ask under what justification does any human have the right to destroy History? Science? Religion? Culture? Civilization?

War is a part of the world’s history.  In the beginning our tribes where small and technology limited the influence of conversation and history was truly written by the victors.  Now in the modern age, one has the power of many with forces unknown and immeasurable.  Our age of wonder has solidified the nations of the world and created a global community, and the people are tired after a long day's work. Yet, America as it stands today cannot stop talking and trying to fix what we believe is wrong; a world that is not broken.  Our nation once fought for justice and freedom, and during these times the world asked for our help.  They believed in our country and its ideals, calling us brother and friend and we were there.  When any culture of any world is damaged or destroyed; so too is my American.

Those days are gone and memories faded, and history recorded well the day vengeance turned to revenge.  On that day, the ticker ticked adding a new line to the bill, written in history, justice became rage became murder and wrath devoured our hearts.  And as we do to the black men on the streets of America, multiple shots rang.

Japan, its people and its culture lay bloodied in the middle of Global Avenue and our new foreign policy began; no warning, no mercy. Even today this knee of policy straddles their necks, with the weight of unfair practices, favoritism and unjust law forcefully suffocating their industries.  We cry “Pearl Harbor” and say it was justified, that our actions were necessary and correct; they stopped the war. Some even say it saved the world.

I say it broke it instead.

There is no denying the tragedy and horror of December 7th, 1941, a day that will live in infamy; a preemptive strike on American soil, a betrayal to many even today.  Pulled into a war, amidst internal conflicts and social problems, the hate and rage of the world consumed the last of our humanity.  For when the decimation of not only one, but two populated cities, cities filled with families and schools, temples and shrines, and the very lifeblood of culture and civilization; cities just like yours are considered an acceptable equality to a mostly isolated military installation while in the middle of a WORLD WAR, then America has no shame and nothing is forbidden in this land of sin. Our destiny manifested once more.