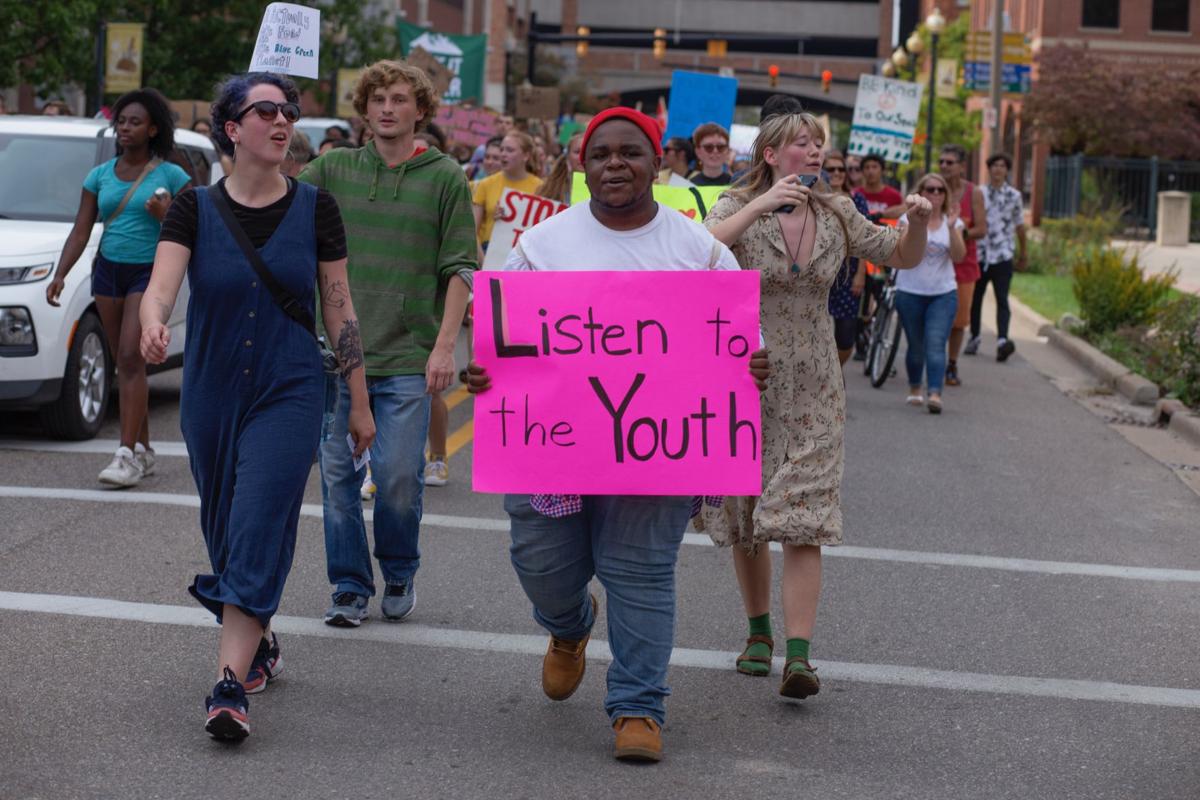 Activists took to the streets on Friday, Sept. 20 to raise awareness on the issue of climate change. 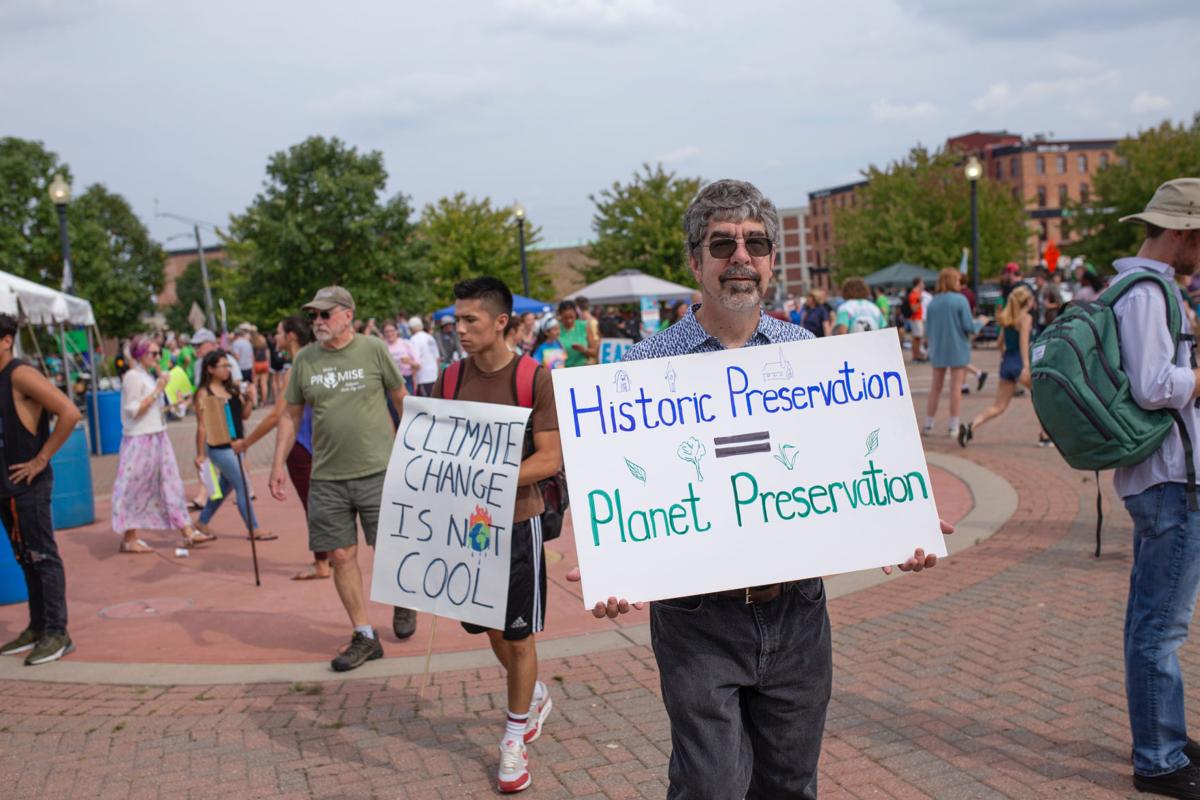 Protestors organize in downtown Kalamazoo as part of the 2019 Global Climate Strike. 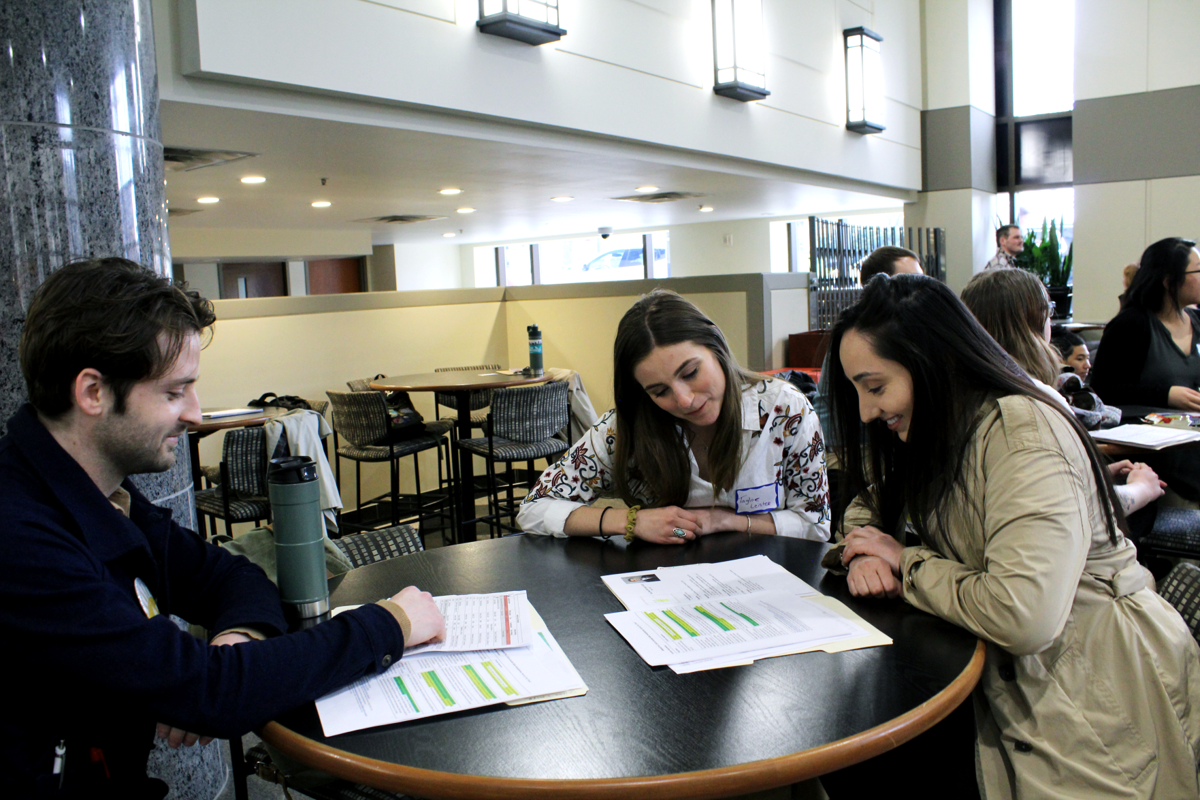 Students Dillon Foster, Taylor Leister, and Reality Rojas discussing their first meeting of the day in the lobby of the House of Representatives office building. 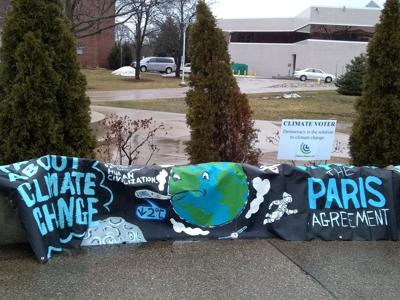 According to statistics from the National Weather Service, the average temperature for the last week of December in Kalamazoo is about 32 degrees. As climate change has become one of the primary issues in both American and international politics this, the fervor surrounding it has spread to Kalamazoo.

A visit from Ireland’s former president:

While serving as president, Robinson was a noted proponent of climate change research. After leaving the presidency, she went on to serve as the United Nations High Commissioner for Human Rights again using the position as a vehicle to try an address climate change.

While speaking at WMU, Robinson focused on the way climate change affects ordinary people. She explained that farmers are having difficulties planning for growing seasons as climate change means unpredictable weather patterns. She then went on to tell of Alaskan coastal towns that have had to relocate as sea levels rise.

In February, a climate change study revealed that Michigan’s forests and freshwater ecosystems are in grave danger due to climate change.

Many of Michigan’s small towns rely on summertime tourism to support their economies. Michigan’s dense forests and freshwater fishing are two major draws to the state. According to Professor David Karowe, sport fish like trout that thrive in colder water will see declining populations as water temperatures rise. He added that both sugar maple and white pine trees, two Michigan staples, are predicted to see a nearly 70% decrease.

On March 15 WMU hosted one of many student strikes occurring globally.

The global strikes were led by Greta Thunberg, a 16-year-old activist from Sweden. Jon Hoadley, the state representative representing Kalamazoo, spoke at the event. Hoadley urged those in attendance to vote with climate change in mind.

Issues discussed by speakers at the event included local goals, ways to encourage and improve sustainability efforts on campus as well as the Green New Deal.

On April 10 students traveled to Lansing to lobby for an amendment to an existing law that allows farmers to place wind turbines but not solar panels on reserve plots.

The students, who were members of the university's environmental policy class, found legislator support for an amendment to PA 116 that would provide tax incentives to farmers who allow the construction of solar panels on unused reserve plots. The law as written originally allowed for incentives for the construction of wind turbines or cell phone towers.

The amendment was approved on June 3.

In September, Emily Worline sat down with the Western Herald to talk about the Refugee Outreach Collective’s work and the issues facing displaced peoples.

Worline had founded the group as an undergraduate at Kalamazoo College. She was inspired by her experience as a volunteer at a refugee camp in Europe. Europe has been facing an influx of displaced peoples from places like Syria for nearly a decade. Worline criticized the term “refugee” saying that while the circumstances leading to displacement are often either the result of or exasperated by climate change, the current definition of the term excludes those who are fleeing climate disasters.

The downtown Kalamazoo protest was one of many across the world organized again by activist Greta Thurnberg. Tyler Boest, one of the students involved in organizing the protest, said the strike was about pressuring governments at all levels to take action to hold those appropriate for climate change accountable.

“We want to show government on all levels that we need to take actions and hold those who are destroying our environment accountable,” Boest said. “For over 40 years, scientists from these fossil fuel companies have known about the science behind climate change and the fact that their emissions would end up destroying the environment and we think that’s criminal.”