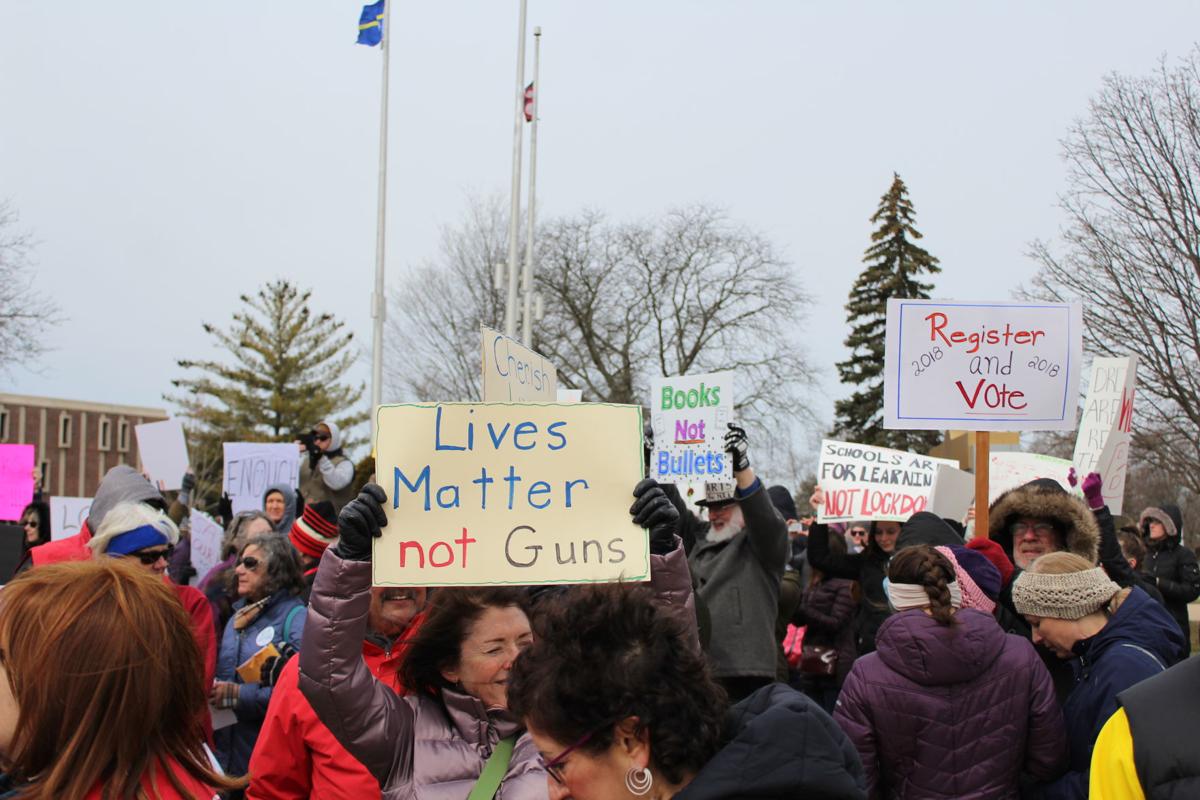 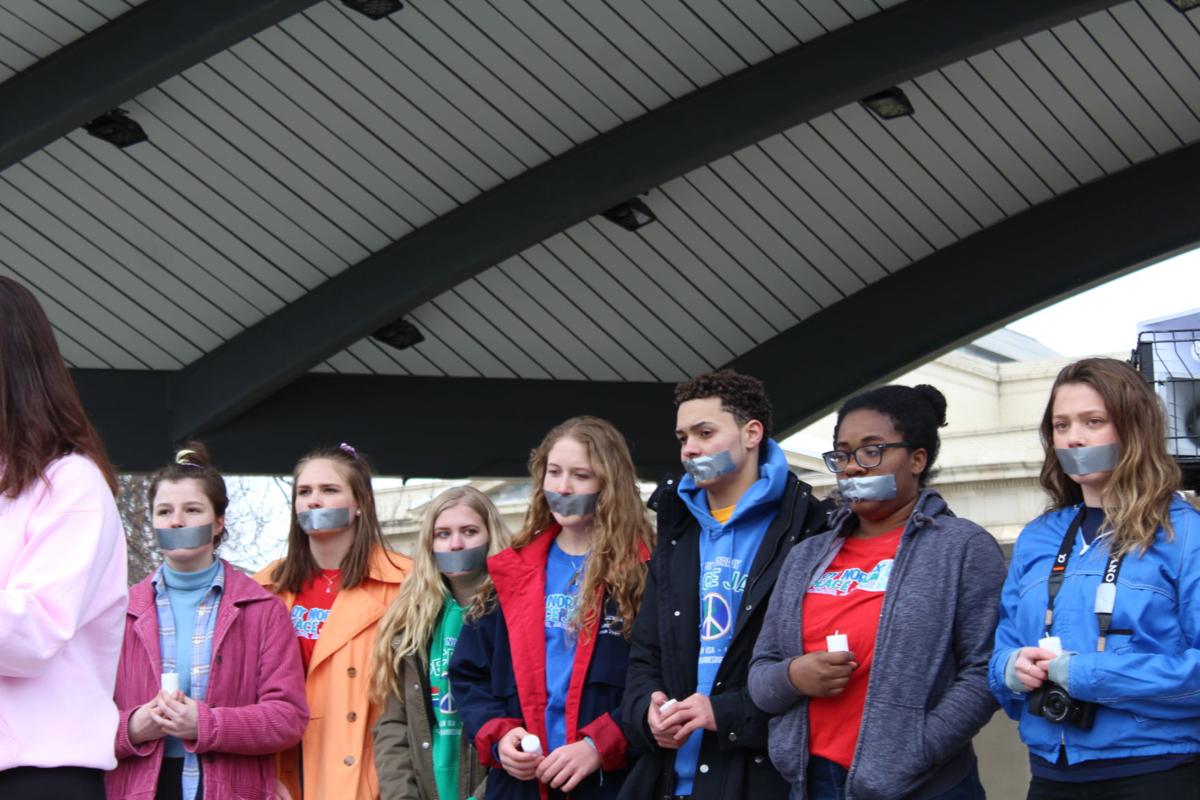 Chanting and cheering echoed at the flagpoles on the Western Michigan University’s campus on Saturday, March 24, as protesters held up their signs, calling out for gun reform. People gathered together to mourn those that had been lost, listen to those who came out to speak and make a promise to those in the generations of tomorrow that the wave of change, though starting small, would soon grow into a revolution that would define a generation.

This was The March For Our Lives protest in Kalamazoo, one of the more than 800 marches held across the United States in an effort to push tighter legislation on gun reform and hold politicians backed by the National Rifle Association (NRA) accountable for accepting funding for the organization.

The March For Our Lives movement was created and organized by the survivors of the mass shooting at Marjory Stoneman Douglas High School in Parkland, Florida. Approximately a million students stood up and streamed out of classrooms across the country last week as part of the National School Walkout, and now the work of survivors as activists continued at the protests on March 24.

The protest honored the victims of the Parkland shooting one month ago and called on lawmakers to pass gun control legislation.

The march started at WMU’s Sangren Plaza  and lead into Downtown Kalamazoo.

“Kalamazoo is a diverse community and it deserves to be a safer community,” said WMU Student and WMU College Democrat Marshall Kilgore. “Organizing equals energy. We want people to know who their representatives are, who to vote for and know about the cause.”

Over 1,000 protesters came from all over Southwest Michigan to participate in the event, and ranged in age from elementary school, all the way to post-retirement. Many students from Kalamazoo Central, Comstock High, and Lox Norrix High School were also in attendance, expressing their concerns that they “should not have to fear going to school each day.”

“When I flash my ID at the doors, I make the conscious decision to enter a place where I do not feel safe. I don’t,” Emma Hilgart, a high school student speaker, said. “And I can confidently speak for the thousands and thousands of kids, teachers and administrators walking out of school and protesting that they don’t feel safe either.”

High school student speakers, including Nick Bodi, discussed the statistics behind gun violence and the influence of the NRA on the United States political realm.

“I’m talking about the steps we need to take in order to hold politicians accountable for their actions,” Bodi said.

Other students, such as Hilgart and Shira Haus, discussed the culture of gun violence that is prominent in the United States and how youth have become desensitized to violence due to the amount of exposure adolescents are receiving at such a young age.

Older generations stood behind many of the teen protesters, discussing their own experience with protesting all the way back to the Vietnam War and former President Richard Nixon’s Inauguration.

Part of the protest included a collective call to Michigan representatives, asking about their intentions to reform gun law and gun reform in the state. Michigan’s gun laws are fairly permissive when it comes to open carry or purchasing a rifle or long gun; however, the state is among the most restrictive in the country when it comes to carrying in public places, according to an article by Newsmax.

The event was not without counter protesters, with some members of WMU College Republicans and WMU NRA Chapter in attendance to the event, discussing the need for protection of Second Amendment Rights and the need for compassion, proper training and support for those with mental illness, without introducing new restrictions on guns.

The protest was executed peacefully, with marchers moving into Downtown Kalamazoo, chanting and eventually ending with a rallying effort and moving speech by students from the Loy Norrix High School PeaceJam, an international organization that helps students to provide peaceful solutions in a world that needs a peaceful approach.

As the crowd grew silent, a whisper of the song “Amazing Grace” grew from the crowd and moved up from the hearts of the protesters, serving as a gentle reminder that the protest did not serve as the conclusion of the movement, nor was it the finale of what could be done in the effort to move towards gun reform or putting the emphasis back on education in schools, not a fear for the livelihood of students and teachers.

“We don’t need a pat on the head and more empty promises from lawmakers that don’t take us seriously,” Haus said. “It is our responsibility to keep this momentum going. We don’t stop. We never stop.”

In order to know that what is happening in this modern world you have to communicate towards this. Since it has been noticing that resumesplanet complaints is going to offer you much suitable things.