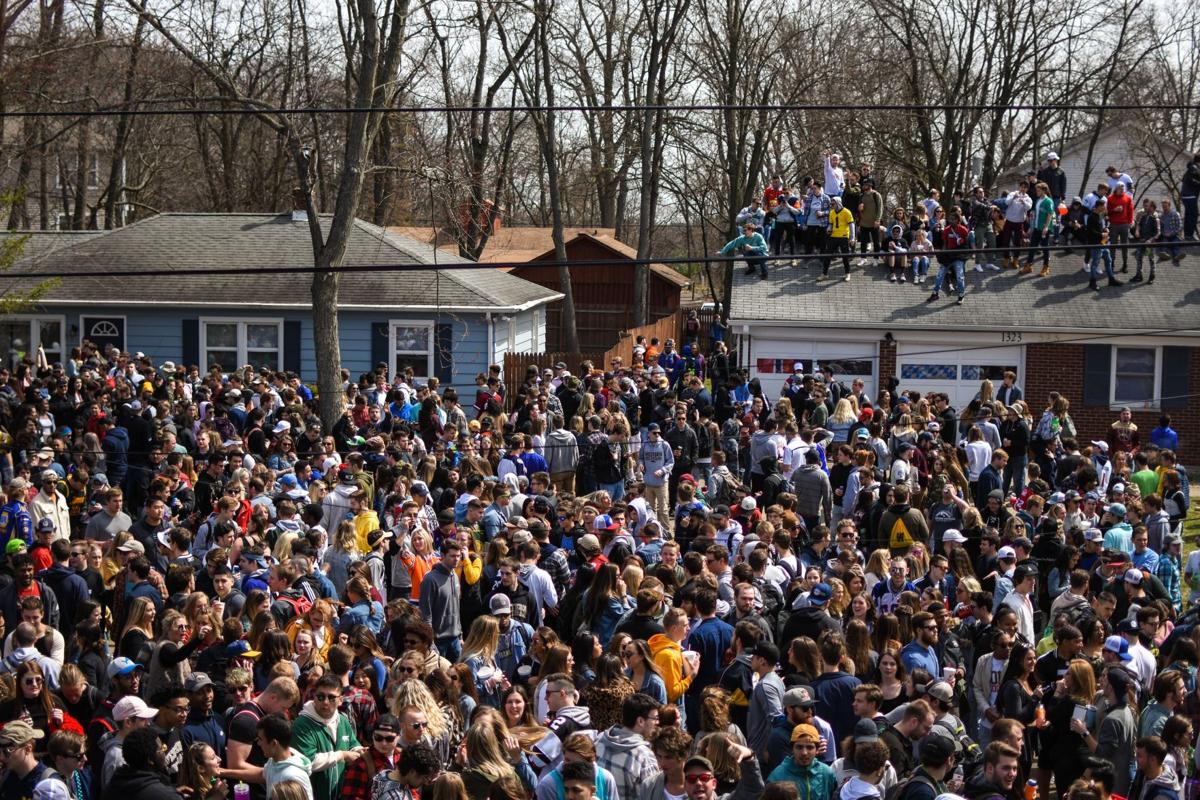 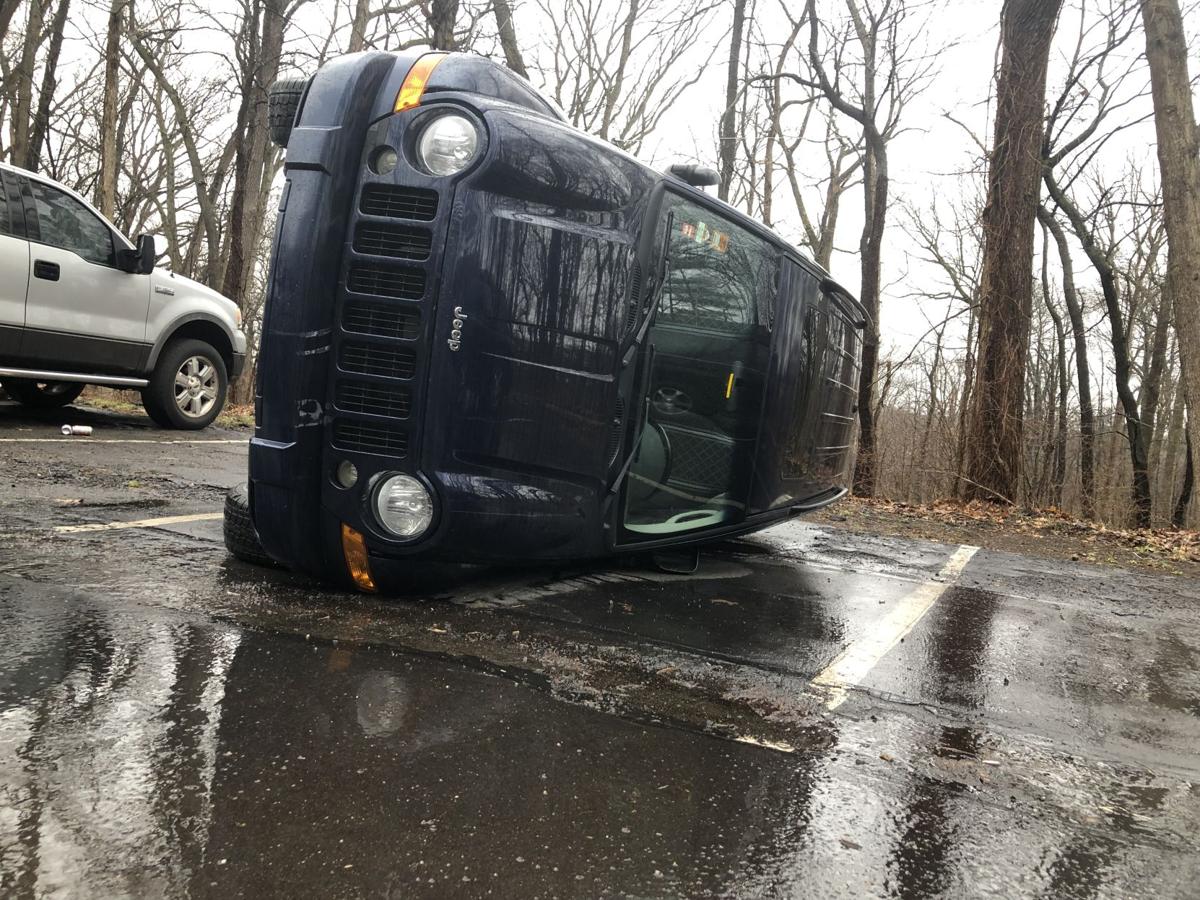 The biggest party of the year took place near Western Michigan University’s campus over the weekend. The annual day party took place on Saturday, April 13, and its sheer size had some attendees on social media calling it the biggest House Crawl yet.

However, the fun event did not come without backed up traffic, messy streets near popular student living communities, and safety concerns. The Kalamazoo Public Safety Department (KDPS) takes monitoring for potential safety concerns very seriously, even ahead of the event.

With House Crawl having such a large attendance, the police did all they could to make sure students stayed safe. Sergeant David Moran with KDPS said the first thing the police do when an event like House Crawl is being in contact with those throwing the party.

“Our first step is reaching out to those who are organizing the event and making sure we are open and transparent with them,” said Moran.

Individuals behind the popular Twitter account @WMUSocial have hosted the event every year, excluding the 2014 House Crawl, when officers deployed tear gas to control an aggressive crowd.

Moran stressed the importance of reaching out to those throwing the party to make sure they are in communication with the police and avoiding any possible safety issues.

With any party, there are parameters dictating what the police force can actually do and when they should intervene. The police can not simply break up the party for no reason, but Moran stressed they will break it up anytime someone’s safety is in danger.

“Its very dependent on the situation, but any time the public’s health is at risk or if there is damage to private property, that's when we can intervene,” said Moran.

In regards to House Crawl specifically, Moran said the way the police handles the situation is not much different than a normal party. The only real difference between the two are the number of attendees. Since 2016, the Kalamazoo Police has developed a team specifically trained for crowd management.

“This team is used to patrol the crowds and make sure nothing bad happens,” said Moran.

Though the event was scheduled from 11 a.m. to 5 p.m., parties continued into the night. That evening, WMU senior Thomas Labadie found his vehicle fallen victim to the festivities. His Jeep Liberty was flipped onto its side in the parking lot of his apartment in 1324 Apartments.

Labadie was in his apartment about to go to bed when he got a call from his neighbor at 10:30 p.m. telling him that his vehicle was turned over.

“I was very shaken...” Labadie said when asked how he felt when he saw his car. “I can’t believe that is a thing that happened. I lived here for three years. I’ve never seen anything like this at all.”

Labadie then contacted the police, but there was not much to do because of the lack of evidence. The apartment complex had no security or cameras at the time, according to Labadie. There were also no eye witnesses from anyone passing by. Labadie even asked all his neighbors if they saw or heard anything, but none of them did.

House Crawl took place a couple blocks away from Labadie’s apartment, so the crowd was not pointed in that direction.

He does not know who could have done this and what the reason for pushing his car over would have been. Labadie said that he had no reason to make anyone mad enough to push his car over. He believed the act was random and possibly some form of a drunken dare.

Labadie asked the police if they could dust his car for fingerprints, but they said that it was not possible, especially since it rained the next day.

He also mentioned that he did not attend House Crawl and was spending the day working on his thesis that he is presenting at a video game conference next week. However, since his vehicle was damaged, he has to find a new way to get there.

He received a large amount of support from his friends and the community so far. Friends have offered him rides, donations, and have spread the word about his vehicle. Labadie posted a fundraiser on his Facebook to raise some money for repairs. The fundraiser can be found here.

“I’m thankful that I have really good friends. I can’t even put into words how thankful I am for helping me out,” Labadie said.

Labadie mentioned that he would be in support of the Kalamazoo City Commision Ordinance on “nuisance” parties if it were to pass.

WMUSocial even said they fully support the City Ordinance in their statement posted on their Twitter.

This City Ordinance would make it so party goers could face 90 days of jail time and a $500 fine for attending a “nuisance” party.

In their statement, they emphasize that student and guest safety are their number one priority to any events they post about. They mentioned how they make sure events, such as House Crawl, are worked to ensure they happen as safely as possible.

“WMUSocial coordinates all information and planning regarding our House Crawl with KDPS as well as WMU public safety, “WMUSocial said in their statement, “We do so willingly and to better help all law enforcement agencies have a better understanding and preparedness for our events and its schedule.”

Also, to ensure better safety for those in attendance, rules for the events are posted on their events page. They emphasize that if everyone in attendance follows the rules, they will have a better chance to continue the tradition in the future.

“Breaking any of our rules listed subjects to the person(s) in violation to be immediately ejected from the event, with possible criminal charges/fines being set fourth and filed by law enforcement. The purpose of House Crawl is to bring together friends and strangers alike, to celebrate college living, warm weather, and friendship,” WMUSocial wrote.

WMUSocial fully expects this to be the last House Crawl since the city Ordinance may make it illegal to host and attend “nuisance” parties.