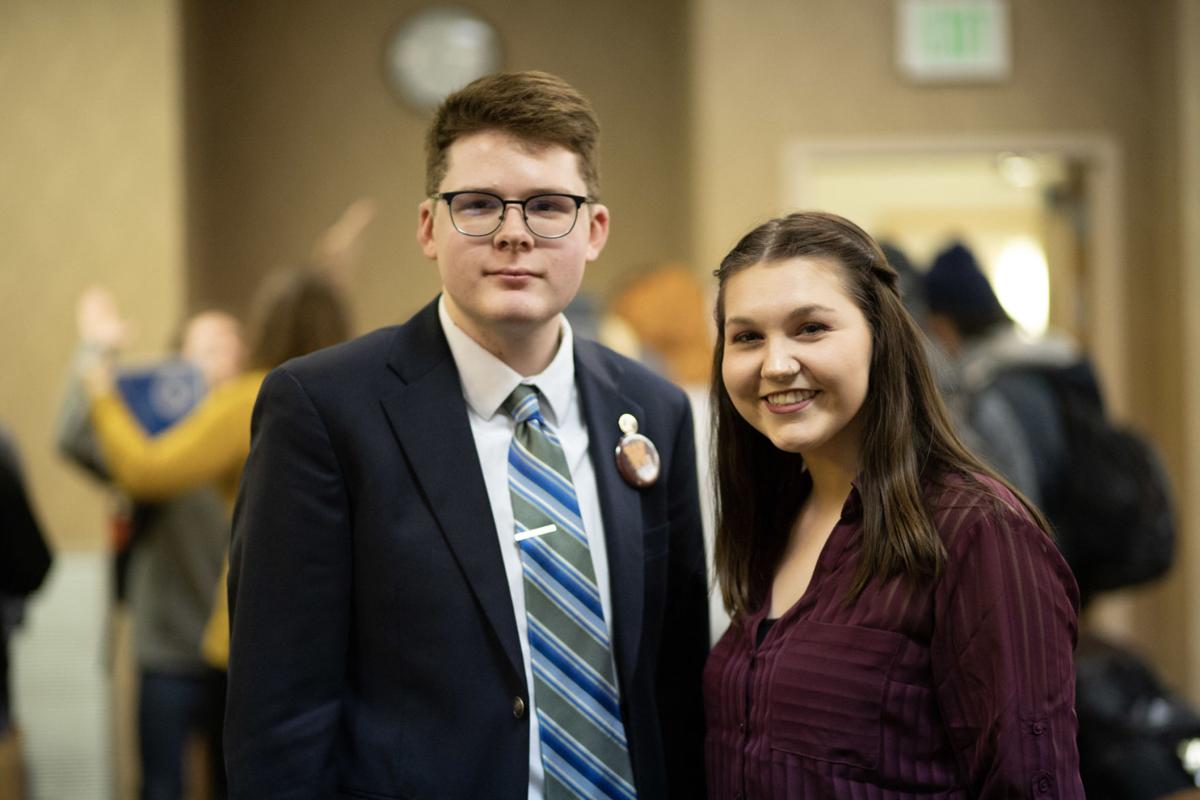 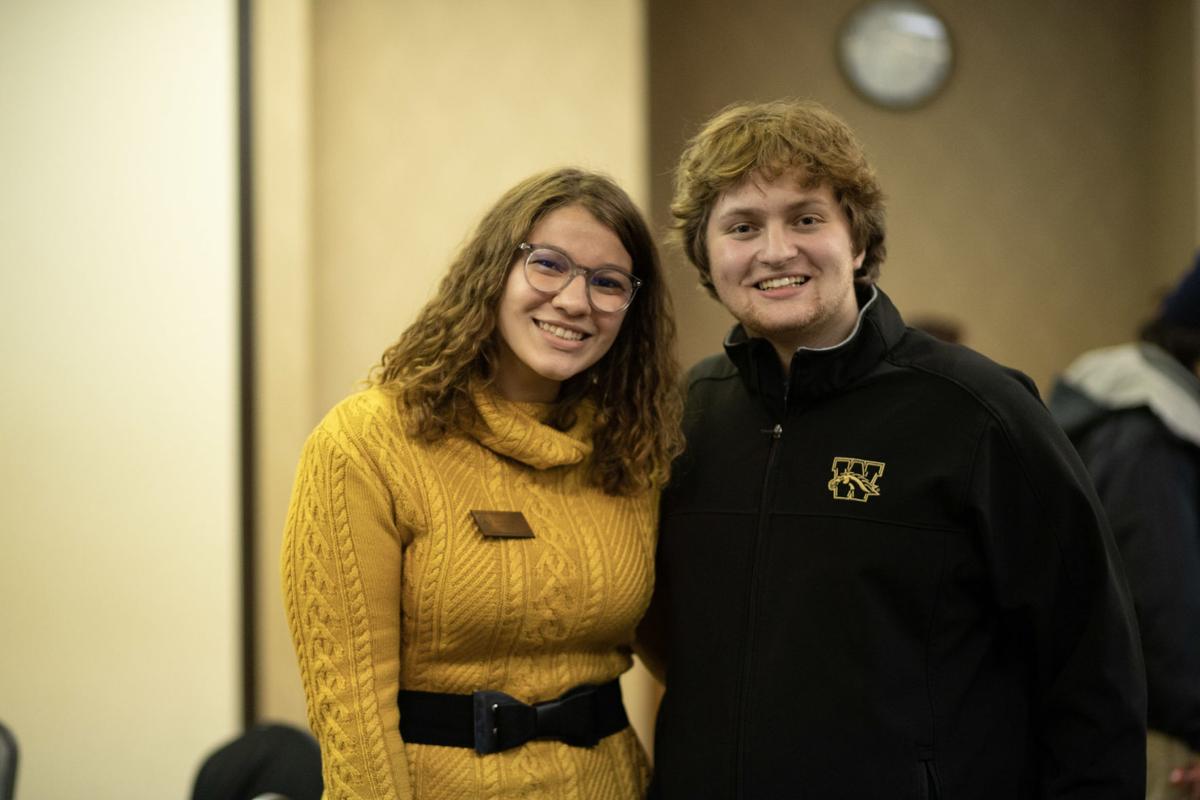 Peyton Jorgensen (right) announced his candidacy with Erin Westrick (left) as his running mate ahead of the meeting.

Two tickets have announced their campaigns for the Western Student Association presidency.

Toward the end of Wednesday’s WSA meeting, one team formally announced its campaign and another team revealed their intentions on Instagram the day before.

Sophomore Ruby Eagle announced that she will be running for WSA President with Alex Lawrence, a junior, serving as Vice President. Eagle is studying business analytics and Lawrence is studying political science and public policy. Eagle has been involved with WSA since her freshman year and decided to run because she is optimistic she can help students solve some of their most pressing issues.

“I saw how much impact I had just as a senator and I started diving into the issues that I really felt strongly about and I started listening to other students just complain in general about problems they were experiencing,” Eagle said. “I sat down and thought what could I do about this and that’s what really sparked the idea, I have the ability to help change campus.”

For Lawrence, his college experience is part of the reason why he decided to join Eagle.

A day before the meeting, Peyton Jorgensen announced his candidacy and named Erin Westrick his running mate. Both are sophomore political science majors. Westrick is studying geography as a second major.

“The issue with WSA right now is that [while] WSA kind of works for the well-connected it doesn’t really work for the average student. What we’re really running on is starting the conversation with the average student, the issues that actually impact people on a daily basis,” Jorgenson said.

Westrick believes WSA, a student-run organization, has not been meeting the needs of the students it serves.

“We really have just been running as a bank for RSOs.” Westrick said. “We could actually make change that affects everyone”

Because Jorgenson is an outsider, he said he is better able to interact with students at WMU as a peer, not just as a WSA senator.

“What we’re really running on is starting the conversation with the average student, the issues that actually impact people on a daily basis,” Jorgenson said. “It’s not just about WSA and how it functions, we’re really trying to solve real life solutions and bringing more people to the table because that’s what counts in student government and we aren’t really acting like a student government right now.”

You can follow the Eagle & Lawrence campaign on Instagram at wmu_therealdeal2020.  The Jorgenson & Westrick campaign can be found at forwardwmu. WSA elections start on March 16.

Other campaigns may still announce their intentions to run. The Western Herald will continue to cover the race as it progresses.