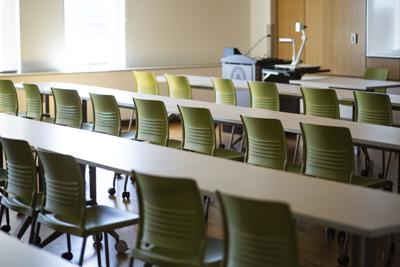 A majority of crime rates were at a three year low in 2020 at Western Michigan University main campus according to the Annual Security and Fire Safety Report.

It is notable that students left campus in March of 2020 and the remainder of that semester’s courses were conducted virtually due to COVID-19. In Fall of 2020 students returned to campus, still a majority of courses were held virtually or hybrid.

Reports of sexual assault in 2020 were the lowest in three years, with an overall total of seven sex offenses. In 2019, there were 25 incidents and in 2018, there were 14 incidents.

Sex offenses are defined in the report as “any sexual act directed against another person, without consent of the victim, including instances where the victim is incapable of giving consent.”

Sex offense totals include rape, fondling, incest and statutory rape. Each category of sexual assault was also at a three year low.

Other offenses with three year lows in 2020 include domestic violence, stalking and motor vehicle theft.

Aggravated assault rates also decreased from the previous year but did not reach a three year low with four instances in 2020, five in 2019 and four in 2018.

Crime rates increased to a three year high in the categories of robbery, burglary, arson and hate crimes.

2020 saw a three year high for residence hall fires, with eight instances recorded. Six fires were reported in 2019 and four in 2018 for student residences. No injuries or deaths were associated with any fires in the past three years.

Normally, every residence hall conducts two fire drills each year, one each semester. This is true in 2018 and 2019. However in 2020 Spindler, Valley 1 and Valley 2 were the only dorms to conduct the standard two drills. Only one drill was conducted in 2020 for residents in Davis, Valley 3, Hall-Archard-Pickard West, Hall-Archard-Pickard East and Zimmerman.

The Burnhams, Draper/Siedschlag, French and Henry did not conduct any fire drills in 2020, as the university shut down the week before drills were scheduled in Spring 2020.