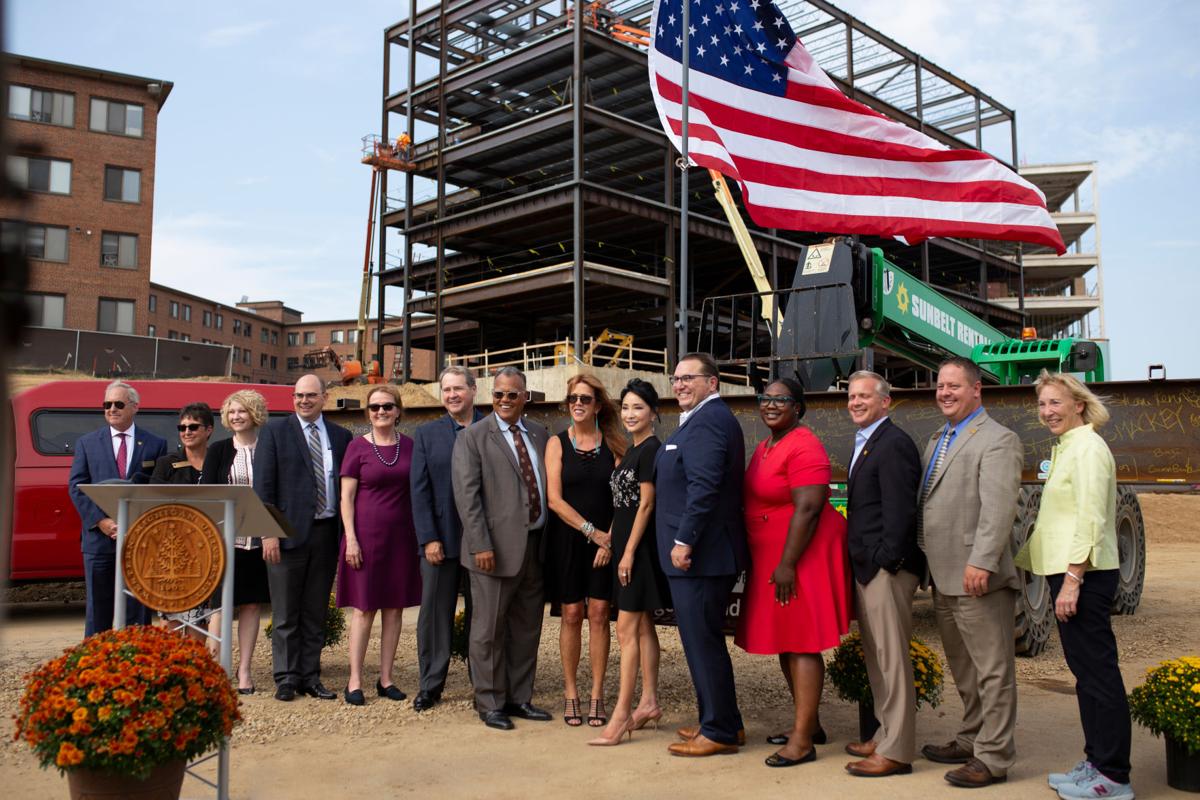 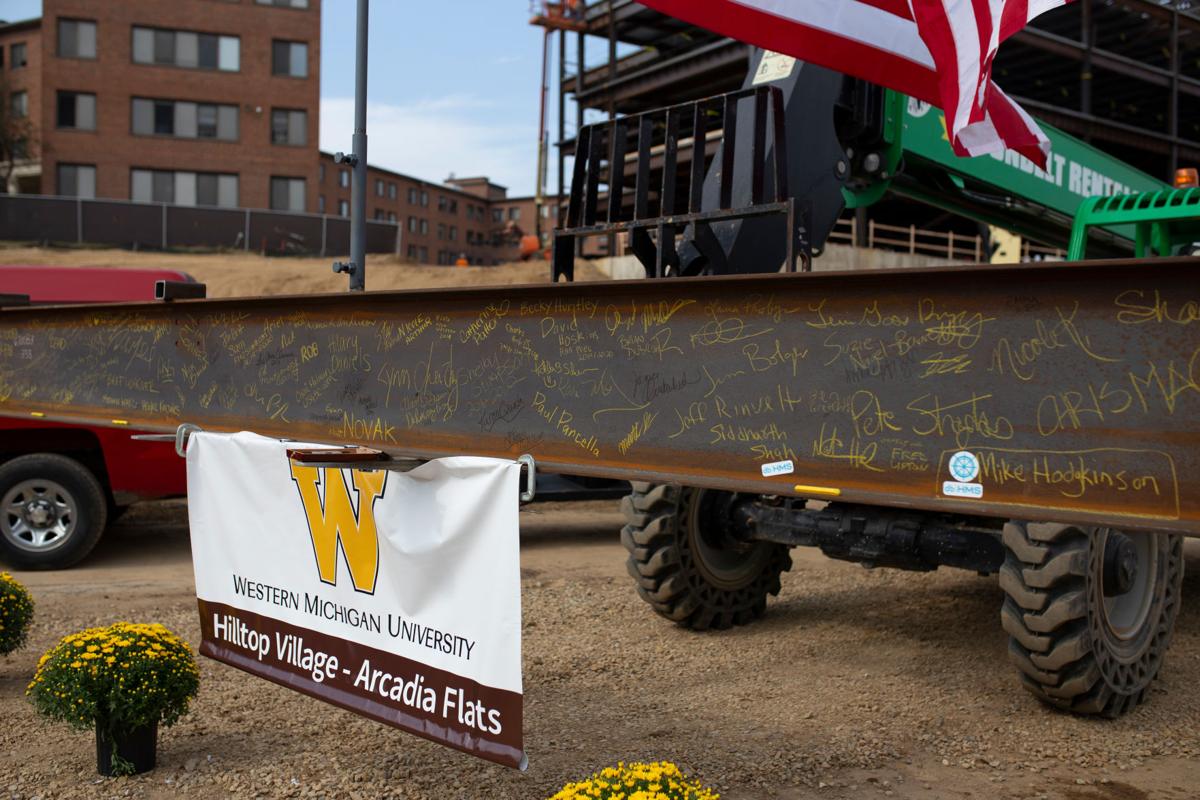 Those in attendance at the topping-out ceremony were given the opportunity to sign a steel beam that was later lifted up and installed on the sixth floor of the building.

“Arcadia flats will be the newest addition to our on-campus housing at WMU and is the anchor point for the re-imagined south neighborhood,” said Diane Anderson, the vice president of student affairs at WMU.

Arcadia flats will feature five different housing options to accommodate the needs of upper-level undergraduate and graduate students. Anderson said the space is intended to provide students with the independence and privacy they desire while still fostering community and interaction.

Dr. Edward Montgomery, the president of WMU, was also in attendance and said the building was designed intentionally to support 21st century learning and interaction. According to Montgomery, the building is positioned near stadium drive so that it will be more visible to prospective students and members of the community driving by.

Those in attendance at the topping-out ceremony were given the opportunity to sign a steel beam that was later lifted up and installed on the sixth floor of the building. Arcadia flats will house up to 353 residents in 197 apartment units and is slated to open in the fall of 2020.

Cheri Holman, the executive director of the U.S. Green Buildings Council of West Michigan (USGBC), was also on-hand to emphasize the importance of sustainability on campus. Over 1,000,000 square feet on the campus of WMU has been LEED-certified, the largest and most-recognized green building rating system in the world.

“LEED helps buildings become more efficient, which reduces operational costs, and leads to more funds going back to students for academic programs and amenities the students enjoy,” said Holman. “This new housing complex is going to use 20% less energy and 30% less water than similar sized buildings."

Approximately 15 minutes after the steel beam was raised to the top of Arcadia Flats, the groundbreaking celebration for the new student center began across campus.

Diane Anderson described the vision for the new student center as a gathering place for all different kinds of students and a place that will be designed to foster an inclusive and welcoming environment for everyone. The new student center will feature meeting rooms, a new dining center, a welcome center, a game room, and much more.

There are currently over 400 Registered Student Organizations, or RSO’s, on campus. The new student center will provide these many of these organizations with more space than ever to meet, plan, and host their events.

Taylor West, the vice president of the Western Student Association, hopes that the student center will give a voice to more students and give the school the ability to support even more student organizations.

“I hope that the many amenities will create a vibrant student atmosphere as well as motivate students to find their voices and find their niche in the community,” said West.

“This is not something that happened overnight, it has been years in the making because it represents genuine transformation...Student success is at the root of all of these efforts, that is our mission and that is the goal,” he said. The new student center will likely open its doors by the fall of 2021.

Within the last few years, WMU has invested over $80 million dollars into the Valley Dining Center and the Western Heights on-campus student apartments. Once you factor in the new student center and housing complex to the equation, one thing is for sure; transformation can be expensive.

Earlier this year, WMU even increased room and board rates to meet their expanding operational costs. However, Anderson and the board of trustees believe these and other upgrades to campus are necessary steps that will lead WMU in the right direction and keep up with the competition.

Everywhere you go on campus, it’s easy to notice that WMU is undergoing some serious renovations.