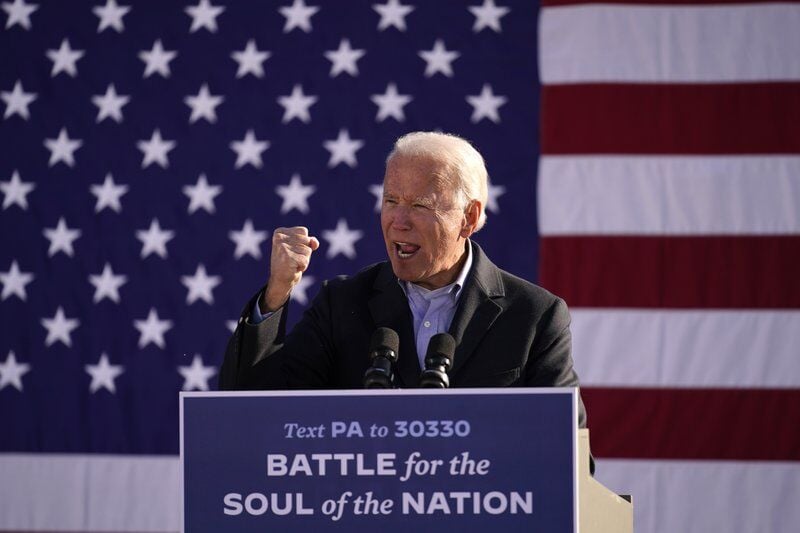 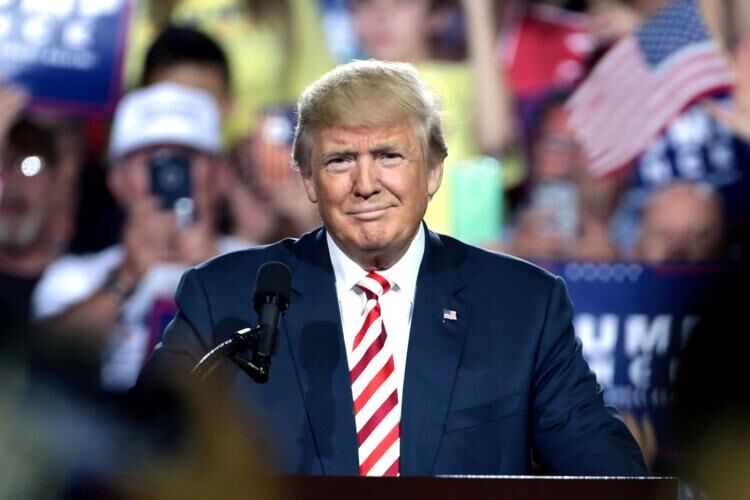 Incumbent President Donald Trump and former Vice-President, Joe Biden will be facing off in the 2020 presidential election on November 3.

Due to the COVID-19 pandemic, many have chosen to vote early, either by mail-in or in-person voting. This has led to a historic surge in early ballots cast. If you haven’t yet cast your ballot in favor of either candidate, read on to see where Trump and Biden stand on the issues.

Biden plans on setting the United States on a path towards net-zero emissions in 2050 or before. As a part of this plan, Biden will “demand” Congress propose legislation that will establish an enforcement mechanism and set milestone targets before the end of his term. He will also invest in clean energy, climate research and climate innovation. Lastly, the plan will push for rapid clean energy innovations across the economy.

Trump has been an adamant critic of the Black Lives Matter movement, going as far as calling it “a symbol of hate.” He has banned the use of taxpayer dollars for diversity training sessions on white privilege and critical race theory. In Trump’s “Platinum Plan” for the Black community he outlined plans to increase policing, expand school choice and create “a national clemency project to right wrongful persecutions.

On his website, Biden explains how he’s aware of COVID-19’s impact on African-American communities and its role in exacerbating already present disparities. He plans to close the wealth gap between Black and white people, address racial inequality in the education system, and “make the right to vote and the right to equal protection real for African Americans.”

During his term, President Trump expanded the Mexico City Policy, a policy where the U.S. can withdraw aid to any foreign nongovernmental organization that provides services related to or information about abortion. The Justice Department narrowed the definition of domestic violence to only include felony or misdemeanor offenses in 2018. This means forms of nonphysical violence no longer qualifies as domestic violence.

If he is elected, Biden will repeal the Mexico City Policy. Biden will also make passing the Violence Against Women reauthorization Act of 2019, one of his first 100 day priorities. Senate Democrats unanimously signed onto the Senate version of the bill but Senate leader Mitch McConnell has yet to put the bill up to a vote. Biden’s website features an extensive list of ways in which he’ll work to protect women including expanding the safety net for domestic violence and abuse survivors, ending the rape kit backlog and changing the culture that enables sexual violence.

Biden emphasizes diplomacy and cooperation as an integral piece of his foreign policy plan. He has said that he will rejoin the Iran Nuclear Deal, which was achieved during the Obama administration. Biden has also committed to significant reductions of troops in Afghanistan, ending support for the war in Yemen, and reinstituting Obama-era transparency measures with regards to troop numbers and civilian casualties. The Biden Administration would also take a hard line stance against North Korea, an area that Biden has criticized Trump for being too soft on.

Throughout Trump’s administration, he has been abiding by a hawkish and quasi-isolationist foreign policy. Trump recently announced the end of US funding for the World Health Organization, and has pulled out of the Iran-Nuclear Deal. The use of drone strikes, which took off under Obama, has been substantially escalated by Trump. He has also removed transparency measures related to this program. Recently, Trump has been pushing for normalization and peace between Israel and the Arab world. He has had success in Bahrain, Sudan, and the UAE.

According to Biden’s website, he intends to make health care affordable for every American through the implementation of a public option. This would be built upon the foundation of the Affordable Care Act and would be available to all Americans. Biden believes this would make the market for health insurance more competitive, and private insurance companies would have to adjust accordingly.

Throughout his administration, Trump has made strong attempts to invalidate the Affordable Care Act. So far, under his leadership, Republicans have removed the individual mandate which required every American to be on some form of health care, imposing tax penalties on those who were not. Trump has stated his intention is to “remove and replace” the ACA, and intends to lower prescription drug prices.

Biden’s tax plan will raise taxes on the highest earners and corporations. He intends to impose a 36% top tax rate for income over $400,000 and a 28% tax rate for corporations. Additionally, he will enforce tax penalties on corporations that ship jobs overseas. For middle and lower class individuals, he supports the expansion of the Child Tax Credit, and will also provide substantial tax breaks for costs specific to working families, such as for health care premiums and child care. Biden’s campaign has stressed the point that individuals earning less than $400,000 a year will not see an increase in taxes.

In 2017, President Trump signed into law the Tax Cuts and Jobs Act. This Act created massive tax cuts for individuals and corporations, including the removal of the individual mandate. The tax rates for most income brackets were lowered, along with the corporate tax rate being simplified and cut to a flat rate of 21%, as opposed to the sliding scale in place before. This plan also raised the standard deduction for both individuals and families, while cutting itemized deductions. Experts have stated that so far, the act has done little to boost employment or investment growth.

Biden’s website states that his administration would streamline the process, and end what he views as inhumane practices at the border. This includes the deconstruction of the camps which hold refugees awaiting asylum, and the reunification of families that have been separated. Biden would allow asylum seekers to stay in the US while they await their decision. His plan would also protect “Dreamers” from deportation, as well as add protections for migrant workers along with a pathway to citizenship for undocumented immigrants currently in the US. Biden intends to rescind the “Muslim bans” that Trump has enacted, and would mobilize resources to aid migrants with integration.

Trump has taken a hardline stance against immigration since his initial 2016 campaign. The construction of a wall on our southern border was central to his 2016 campaign, his administration thus far, and his 2020 campaign. In 2016, Trump also made clear his intentions to have Mexico foot the bill. So far, Trump has managed minimal construction at the border, and the funds for this construction have come largely from a diversion of military and counter-drugs money. In addition, Trump has enacted policies that have kept migrant families separated at the border in facilities that many have compared to concentration camps.

Well, now trump has won and this is not a good decision for US because Biden is not good for the USA. He is a characterless person and now I have been writing an article about Trump's life and for that, I am reading essay writers world reviews because it helps me to choose a best writing service for my work. I think it would be great for now.