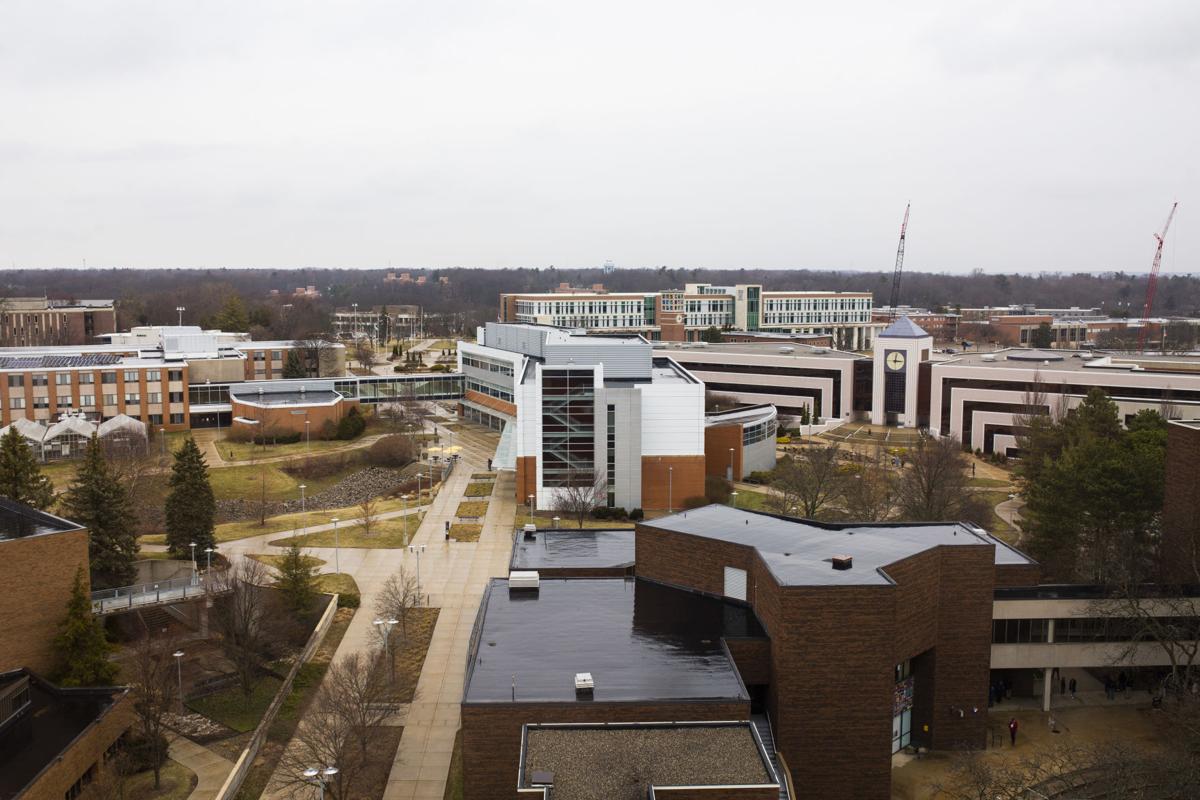 Campus is nearly empty as students and non-essential staff were sent home due to COVID-19 last week. Students in the sociology of religion course last met in person on Tuesday, March 10. 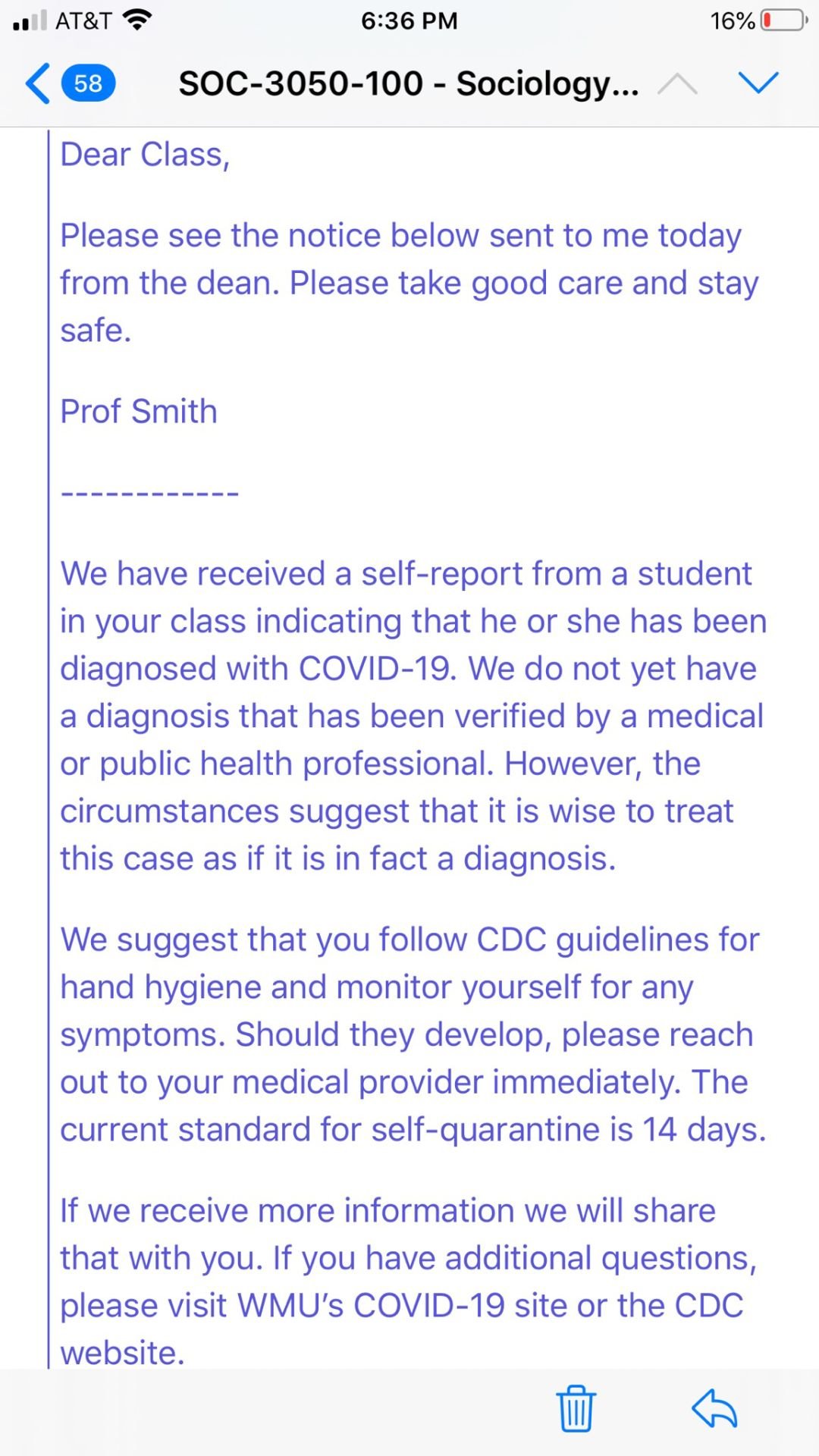 The email sent Tuesday to students in sociology of religion.

A WMU student has self-reported as having COVID-19, but the diagnoses has yet to be confirmed.

At around 6:30 p.m. on Tuesday, March 24 an email was sent to students enrolled in a sociology of religion course informing them that a student in the class has self-reported a coronavirus infection, although the university did not know whether the diagnoses had been confirmed. The email advised those in the class to treat the diagnoses as if it were confirmed and monitor themselves for symptoms in accordance with CDC guidelines.

“We have received a self-report from a student in your class indicating that he or she has been diagnosed with COVID-19. We do not yet have a diagnosis that has been verified by a medical or public health professional,” reads the email. “However, the circumstances suggest that it is wise to treat this case as if it is in fact a diagnosis.”

Jesse Smith, the professor who sent the email, said he had no more information at this time. Dean Carla Koretsky, who had originally informed Smith, said that the status of the student still remains unconfirmed.

Joshua Cramer, a student in the class, said he was concerned after receiving the email.

“I was worried when I saw it. I live with my brother and he’s immunocompromised,” Cramer said.

Cramer said that although it’s unlikely he was exposed to the self-reporting student based on the timeline, he intends to get tested.

“The last time I was in class must have been the Tuesday after spring break,” Cramer said. “I’m looking to get tested though, Cramer said, even thought I’m probably fine.”

Regarding the pandemic, Cramer added that he worries things are going to get worse before they get better.

“I think this is only the beginning,” he said. “In a week, in two weeks, there’ll be a lot more.”

The full text of the email sent to students reads: