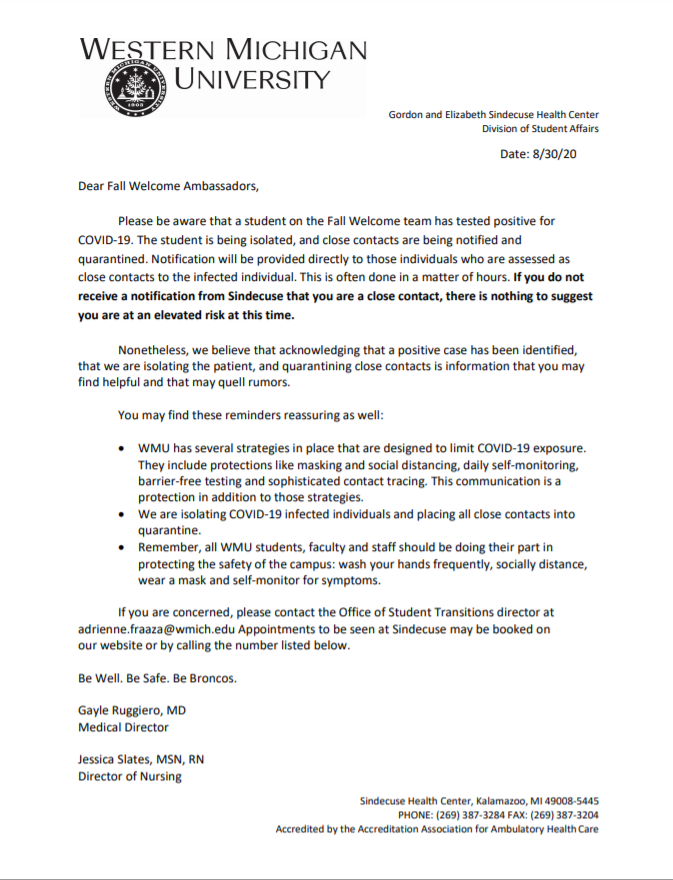 The letter sent to members of the Fall Welcome team, sent to the Western Herald by a member of the team. WMU has since confirmed the letter's legitimacy. 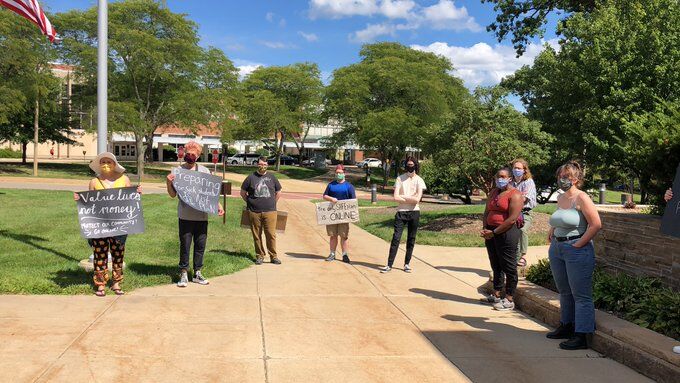 A spokesperson Western Michigan University did not promise that employees who contact journalists with concerns over how the university is handling COVID-19 will be protected from firing.

Since the beginning of the pandemic, university employees have reached out to the Western Herald with concerns over the university’s plan to reopen amid COVID-19. All have asked to remain anonymous, stating they fear professional retribution from the university.

University spokesperson Paula Davis responded to a direct question from the Western Herald on the issue of whether or not employees would be protected. She said that employees should use professional judgment.

“In my experience, people have all kinds of reasons for their comfort level talking to or not talking with journalists,” Davis replied. “The university does not have an overarching policy about media interviews. Should employees use professional judgement? Yes.”

WMU does have a whistleblower policy, which is “intended to encourage the disclosure to the appropriate officials.” This policy does not include similar protections for those who reach out to the media.

Davis said that she does not know of anyone who has been prevented from speaking.

While the policy does not protect those reaching out to the media, it is unclear whether employees would face consequences for reaching out. However, several resident assistants, who previously spoke to the Western Herald under the condition of anonymity, said that they expected professional consequences were their identity made public. Several resident assistants, both those who spoke to the Western Herald and those who refused to, stated that they have been told not to talk to the media by their hall directors.

The letter was confirmed by WMU and can be read in full below. Full stories on the Fall Welcome case and protests to move WMU online are coming as the full details are made clear.