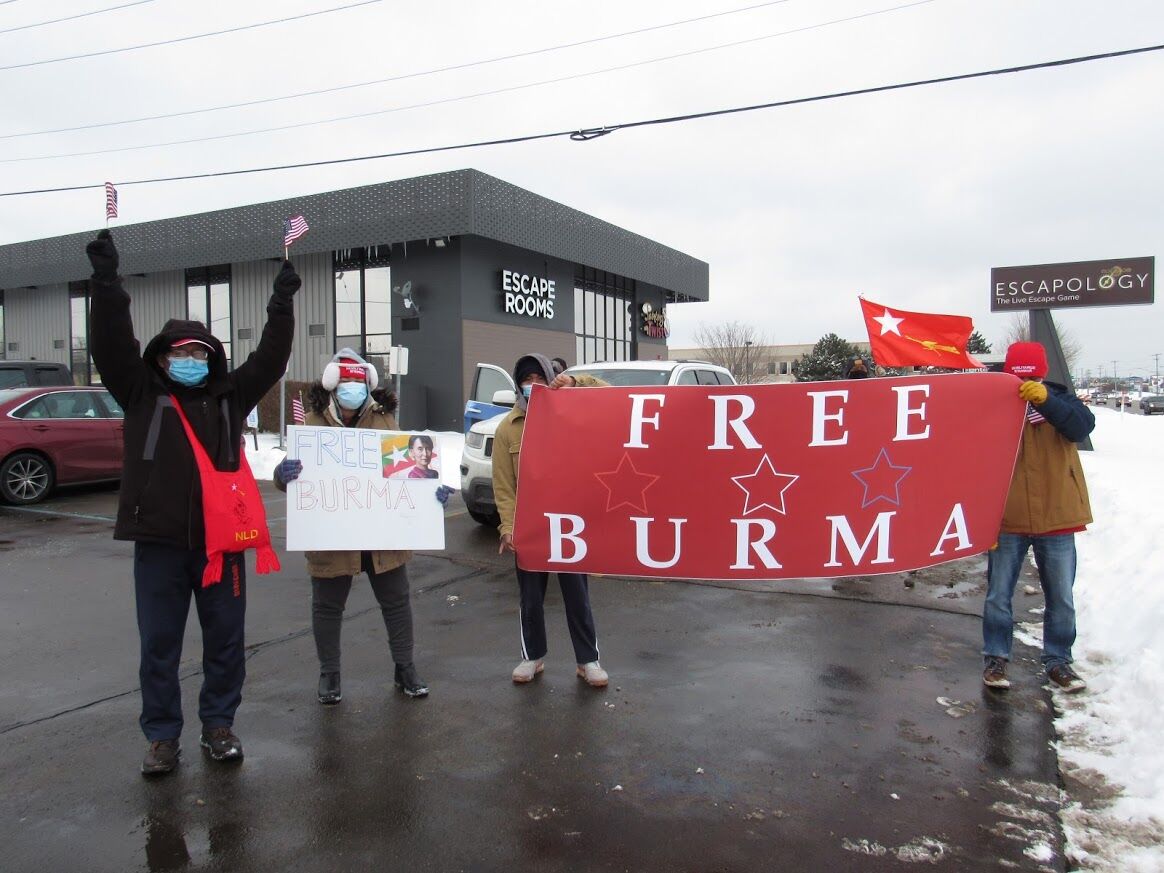 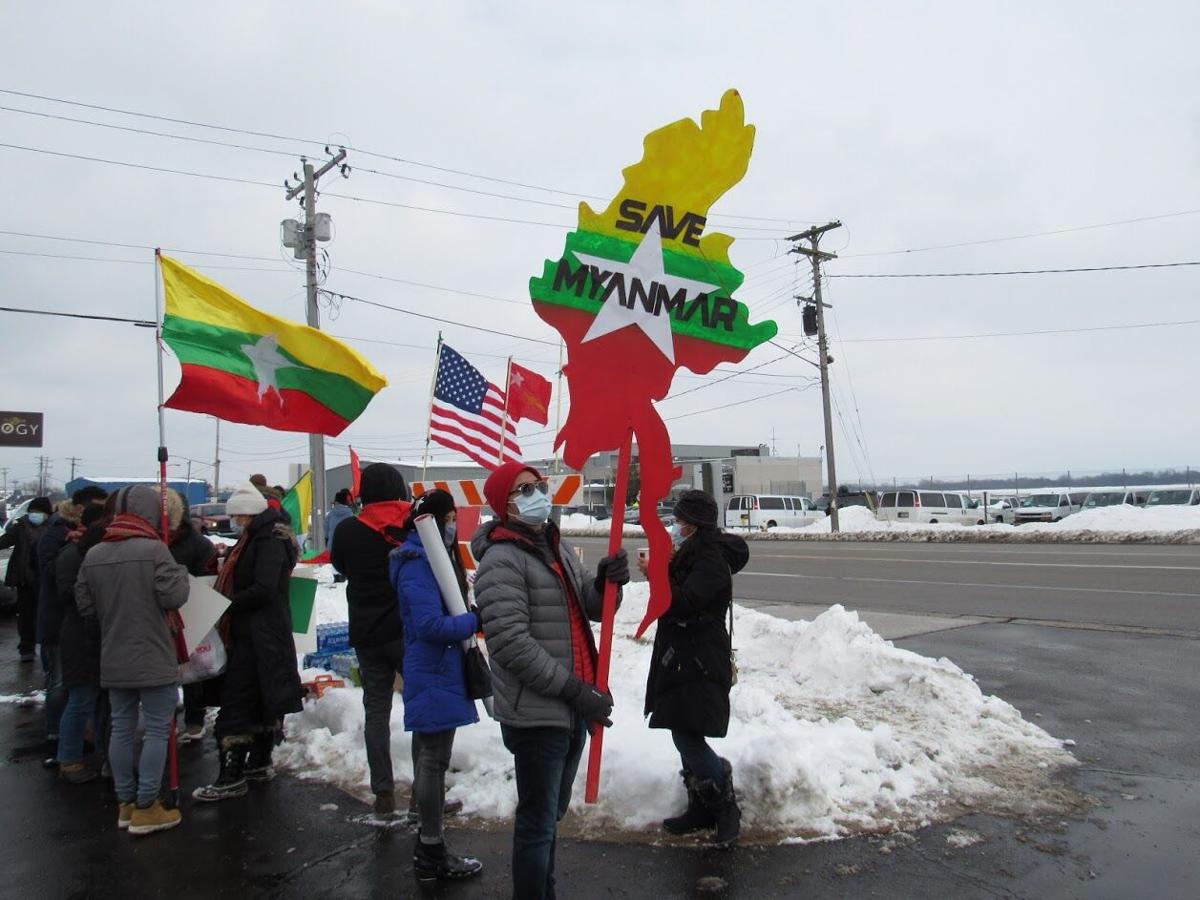 A protest against the military coup in Myanmar took place in Portage on Friday, Feb. 19. Protesters gathered along President Joe Biden’s route to visit the Pfizer plant in hope of convincing him to take more action to aid the county.

Myanmar was taken over by military forces on Feb. 1 after claims of a fraudulent election, despite the election commission finding no evidence to support these claims. This led to the arrest of President Win Myint and Aung San Suu Kyi, the National League for Democracy party leader. Suu Kyi won the country’s election prior to the coup.

Following the military’s seizure of power, protests began in cities across Myanmar. Some demonstrations have become violent as the military attempts to contain the situation. Police have been accused of using live ammunition as well as tear gas and rubber bullets on protesters.

“They are doing a lot of violence in Myanmar just to take control over the country,” said Nand, an international student at Andrews University from Myanmar. “It is not just.”

Many people carried Myanmar’s flag and the U.S. flag with them during the protest. Some also carried signs reading, “Free Burma,” and “Save Myanmar.”

“We are here standing, asking for the president and all the constituents to help out,” said Harry Rin, a Myanmar citizen and international student at Andrews University.

The military has since suspended television broadcasts and cut off all domestic and international flights. Telephone and internet access was also suspended in major cities.

“The first time I heard about it, I didn’t believe the military did this,” Rin said. “I got so lost, I’m the only one here in the United States apart from my family.”

Biden said the U.S. will impose sanctions on the military leaders of the coup on Wednesday, Feb. 10. The order will also prevent military leaders from accessing Burmese funds held in the U.S. The U.S. has also called for the release of political prisoners, including Suu Kyi and Win Myint.