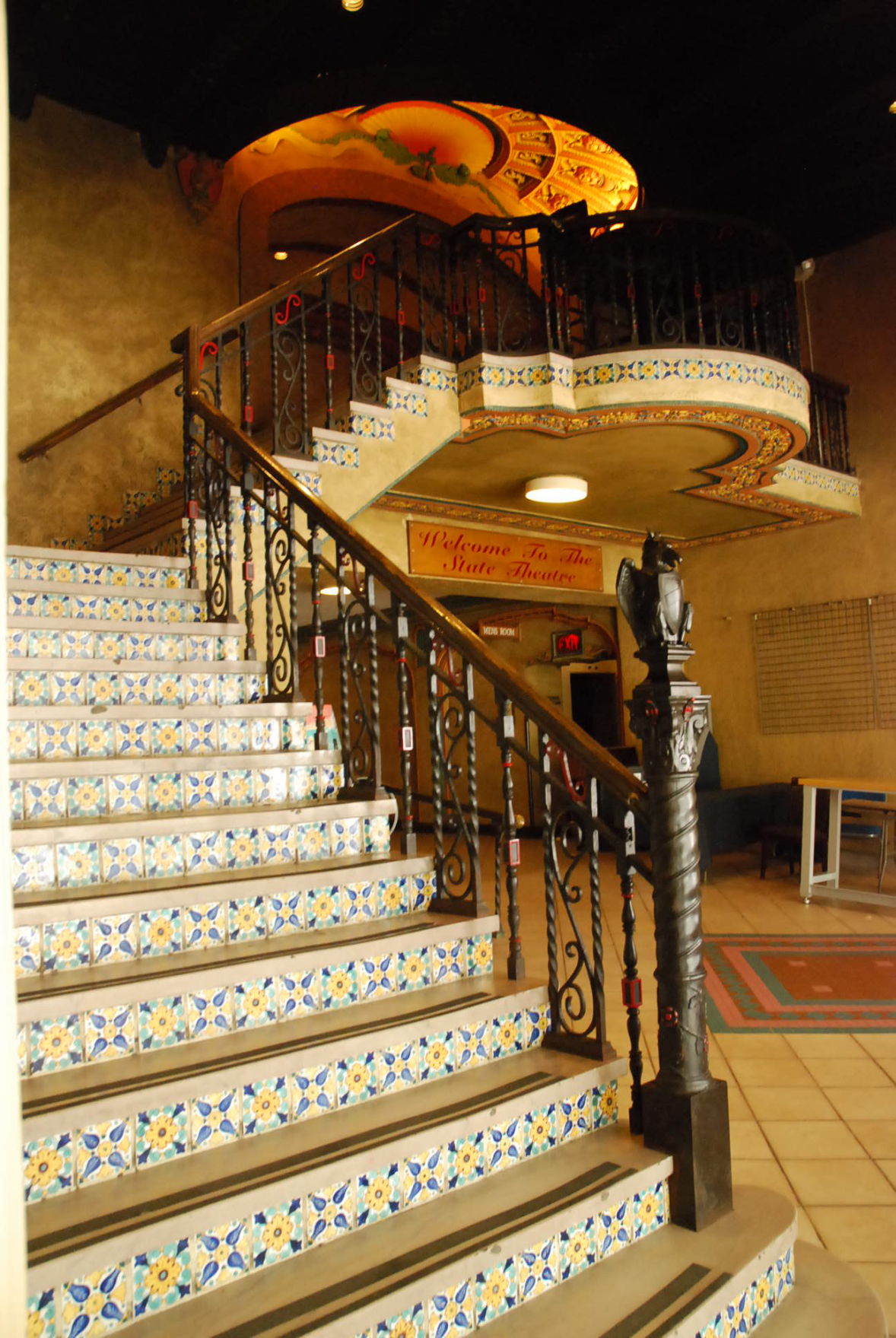 The Kalamazoo State Theatre is known for not only being architecturally beautiful and boasting an array of different performances, but also for the lingering spirits. 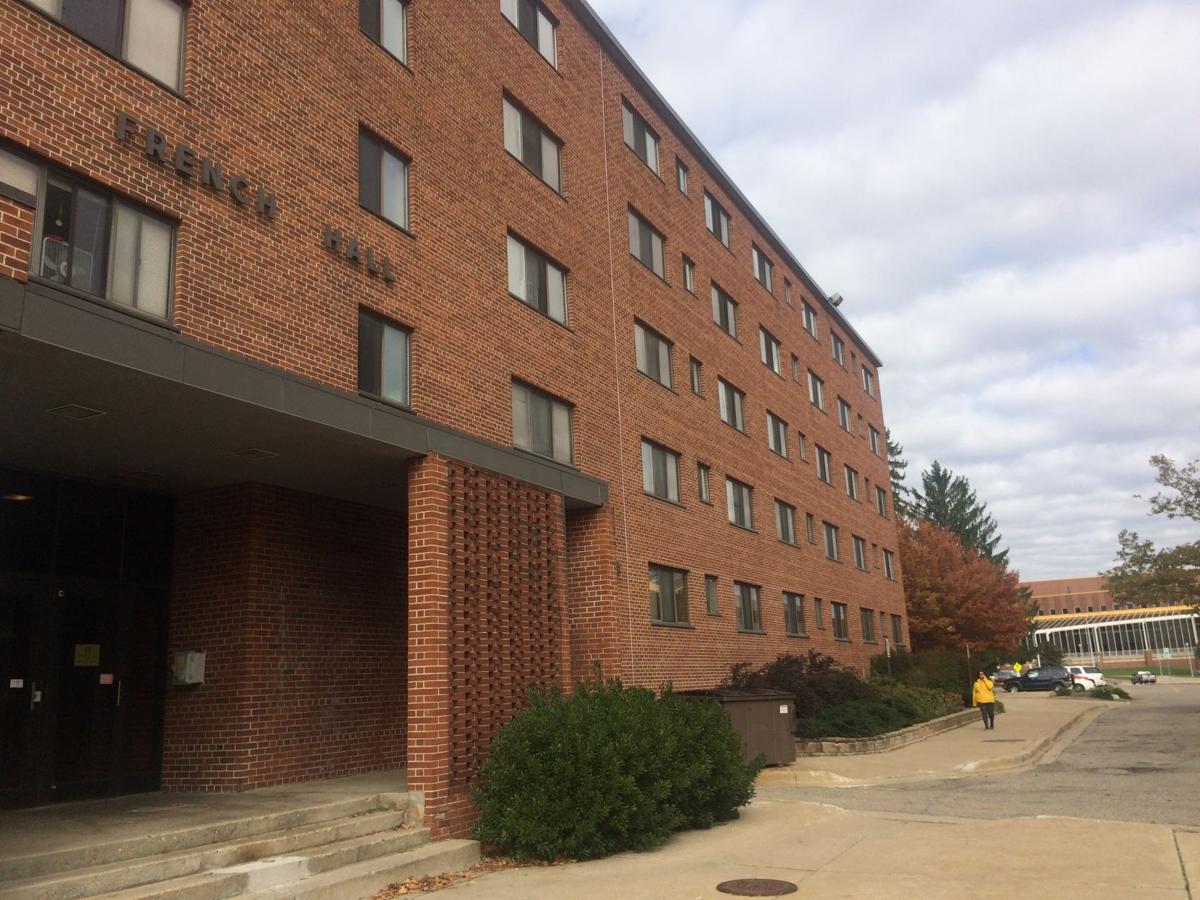 The Kalamazoo State Theatre is known for not only being architecturally beautiful and boasting an array of different performances, but also for the lingering spirits.

With Halloween rapidly approaching, everyone is looking for local haunts to get their necessary scare this Halloween season. If you’re looking for scares that aren’t staged haunted houses, Kalamazoo is a hotbed of strange and unusual activities. The city also boasts some macabre legends as well.

The Kalamazoo Civic Theater is said to have a spirit lurking the halls. The ghost haunting the theater is named Thelma Mertz, although it’s not her real name. No one knows when Thelma began wandering throughout the theater, but there have been reported sighting since the 1950s. “Thelma Mertz’s” identity came to life in the 1970s by a youth theater group. Thelma is a benign spirit, preferring mischief over terror. Living inhabitants of the theater have reported the sound of footsteps walking across the stage with no one on it, and have also felt a ghostly presence, as though some unseen person was in the room with them. Thelma has played the theatre’s piano, then stopped when someone entered the room to check on the noise. Despite Thelma’s antics, theater regulars have accepted her as part of the theater.

The legend of Hatchet Man Road is a story that has been circulating around Kalamazoo for several years. Hatchet Man Road is located on 28th ave, between M-40 and 9th st. with the opening of the road being near a bridge covering Campbell Creek. This back road has been drawing people to this site for years with the hopes that they will see something supernatural or paranormal. In the 1980s, a man built a fallout shelter on his property in order to protect his family, according to local legend. As his paranoia grew, he eventually talked his entire family into moving down into the fallout shelter. Eventually the man cracked and killed his entire family with a hatchet that he kept in the shelter, officially giving the road it’s legendary name. Many people have ventured out to this area of road with the cover of nightfall out of curiosity and for the adrenaline rush, and many people have experienced things that they can’t explain. People report seeing strange orbs floating across the road and the surrounding woods and human like shadows crossing the road and peeking around the bushes and trees surrounding the road. There have also been multiple accounts of people who have driven down the road at night who report being tailgated by a car, only to have the headlights disappear at the end of the road. It’s an adrenaline rush unlike anything that you will experience at one of the many local staged haunted houses. If you do decide to make a trip down Hatchet Man Road, be sure to respect the people who reside on this road by not trespassing or wreaking too much havoc on this haunted stretch of road.

The Kalamazoo State Theatre, built in 1927, has brought everything from silent films to ballets, to TechN9ne to the people of Kalamazoo. The KST has been the host of an incredibly broad variety of shows, which makes it no surprise that there are supposedly multiple entities that have stayed after their lifetime to haunt the theatre. The KST staff has reported experiencing various paranormal activity that seem common when it comes to haunted locations. The staff has reported hearing footsteps throughout the building, different objects around the theatre mysteriously moving from their original place as well as some even being tapped on the shoulder, only to turn around and be alone in the room. The Kalamazoo Paranormal Investigators have captured as much as a girl singing, a woman speaking, and also a voice recording of an bodiless voice saying the name “Tom”, the name of the venue manager that has been employed at the KST for over 20 years,  after having a camera knocked out of one of the investigators hands, according to a post on hauntedplaces.org.

Western Michigan University is also home to spooky occurrences. There are several rumors from students and alumni who have stayed in French Hall that it is haunted by something more than students frantically studying for their finals. Claims stretch from small things like objects suddenly going missing or getting moved around in the rooms, scratches on the door at odd times of the night and the doors occasionally closing by themselves. While the the majority of the reports have been minor occurrences, some have reported more spine chilling events. One story states that during a weekend when their roommate was away at home, a student was getting out of bed in the late hours of the night, they saw a figure standing at the foot of their bed. Another story claims that over Christmas break, the residents’ TV turned on by itself and was playing a series of disturbing movie scenes and images.

Whether you believe in these haunted locations or not, Kalamazoo is sure to offer some haunting fun this Halloween.