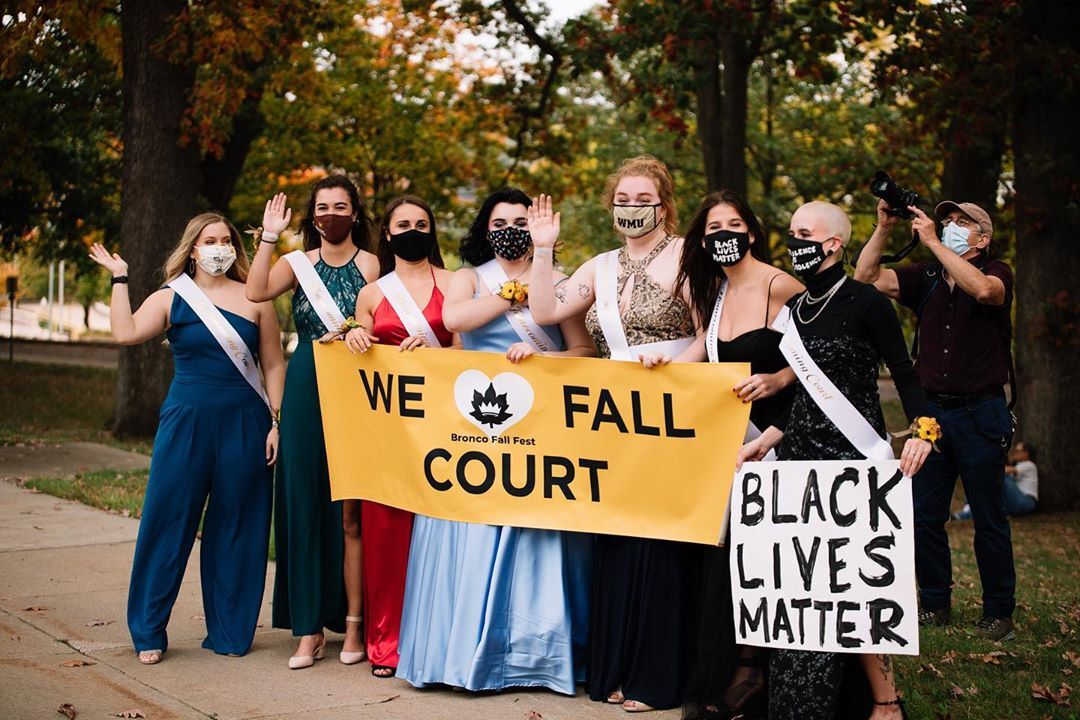 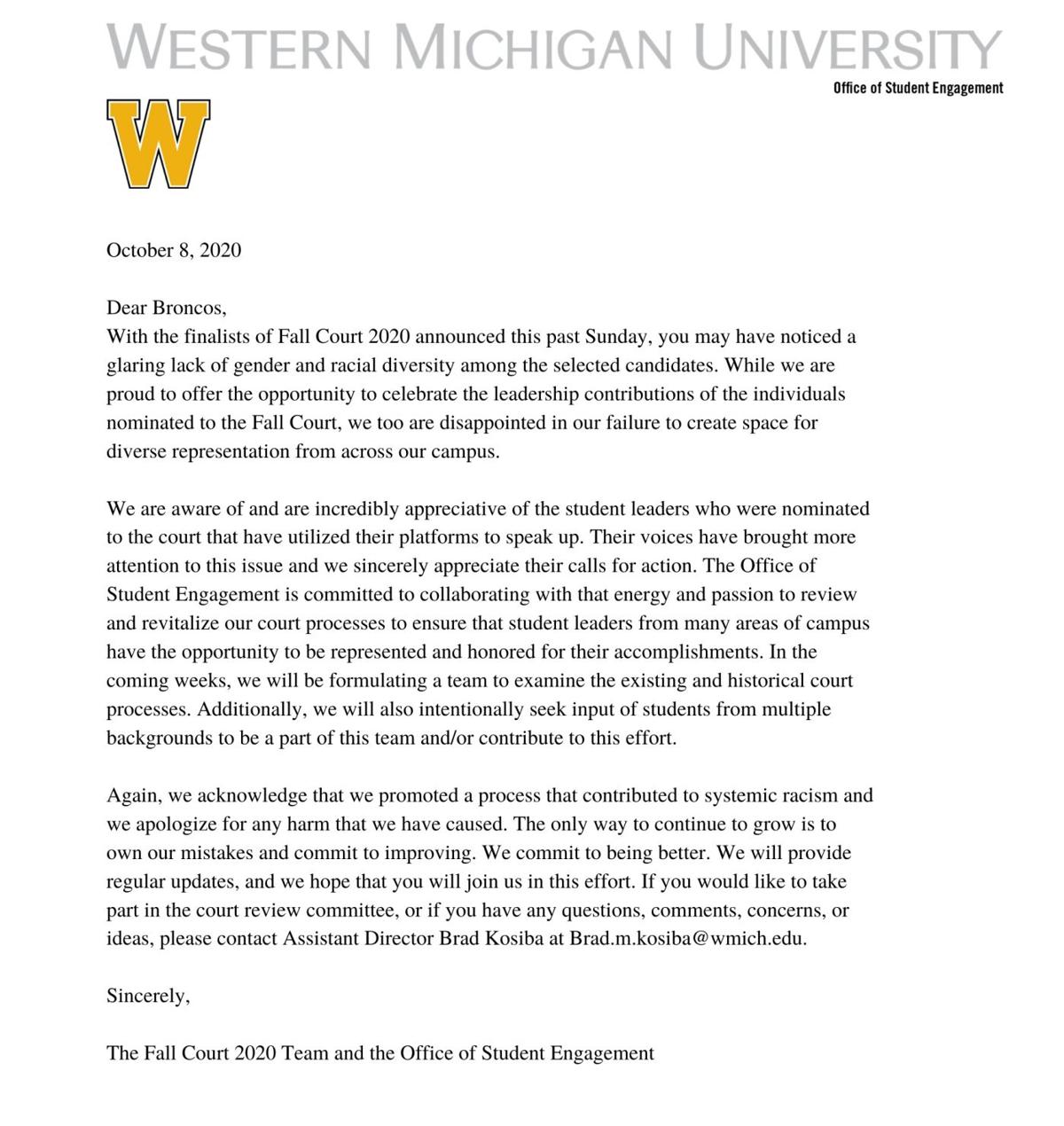 There was one glaring observation present in Western Michigan University’s Fall Court this year— the court was solely composed of white women.

Instead of the traditional Homecoming, the Office of Student Engagement hosted Bronco Fall Fest, a “COVID-friendly” adaptation of the usual festivities. Students were nominated to apply by organizations on campus.

The selection of court finalists contradicted the theme of diversity and inclusivity in this year’s application process.

“The application includes some general questions- what organization or entity nominated you, a resume, and then some questions on the topic of the year,” Campus Activities Board Cultural Events Coordinator, Marley Reily, explained. “This year, we had to answer questions on diversity and inclusion and present on those topics as well.”

The application consists of an interview and presentation process where applicants are scored by guest judges on their performance. Guest judges consist of faculty, staff and alumni from the WMU community.

These scores are combined with a score applicants receive for the level of professionalism and leadership experience on their resume. The resume review process is anonymous as to avoid bias toward any of the applicants. Those with the eight highest scores become court finalists.

“For me as a cis, white person who was on the court with cis white women, the application process wasn’t exclusionary,” Reily said. “However, I can not speak for the number of communities who lacked representation this year. We can see that there is a problem somewhere because many students weren’t included in the process or resulting court.”

“During the interview process, I spoke about how the ‘student leader land’ is becoming more inclusive in that there are seats at the table for everyone, that everyone is involved in the conversation and the change,” Smith wrote. “Unfortunately this does not seem to be the case for the whole campus community.”

Latino Student Association president, Leslie Barajas, explained how she was almost nominated by Multicultural Affairs for Students but the organization was not notified in time.

“The situation with Fall Court this year shows how much WMU, and especially student engagement, likes to limit our voices,” Barajas said.

“For decades, racial and ethnic organizations had to and still have to fund their own passage to professional development, cultural, and social justice events geared towards students like them and even then, sometimes fundraising and the little allocation funds isn’t enough,” Barajas explained. “And they wonder why our retention rates are so low, we have to create our own space and our own services because of the limits they placed for our communities. And when we are capable of doing that, it’s their logo in the flier next to those who actually did the work.”

Dalia Sanchez, Western Student Association’s Vice-President of Diversity & Inclusion, was nominated and completed the application process but did not make it to the final court.

“I doubt all the students on campus were aware and involved in the application and voting process,” Sanchez said. “We often times see these sorts of situations happen in all aspects of life where BIPOC are left out of the picture and left out of the vote.”

Sanchez feels the lack of representation was symbolic of how BIPOC students are seen as tokens rather than valuable members of the student community.

“We can’t truly claim to be diverse and inclusive until the actions match the words,” Sanchez said. “It speaks for itself that they had diverse options but still thought a court full of white women matched their theme of diversity and inclusion.”

The Fall Court 2020 Team and the Office of Student Engagement acknowledged the lack of diversity in a statement.

“While we are proud to offer the opportunity to celebrate the leadership opportunities of the individuals nominated to the Fall Court, we too are disappointed in our failure to create space for diverse representation from across our campus,” the statement read.

Going forward, the Office of Student Engagement will be creating a team to examine the court process.